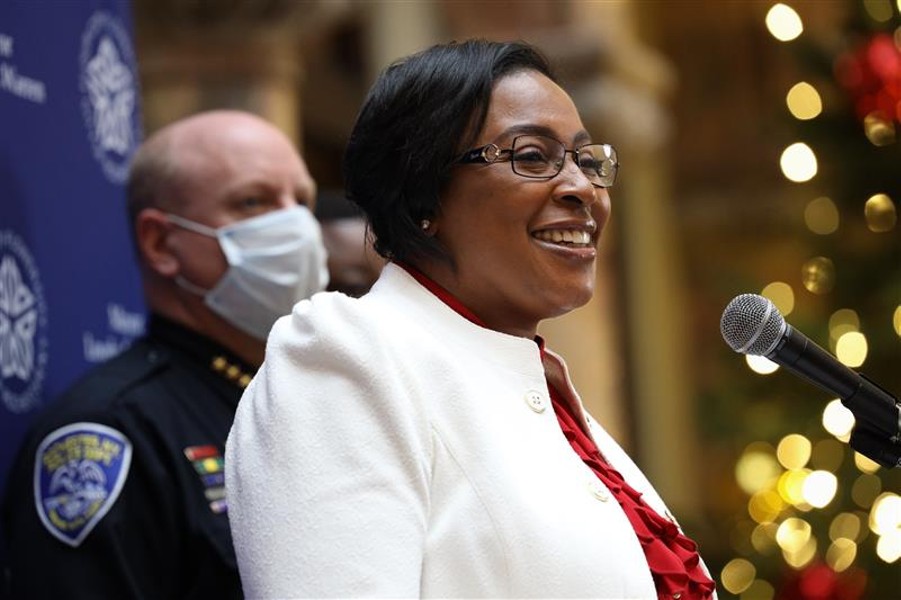 PHOTO BY MAX SCHULTE Mayor Lovely Warren announces an agreement between the city and the Brady Center to Prevent Gun Violence to share and analyze gun crime data on Nov. 30, 2021.
Former Mayor Lovely Warren has filed paperwork indicating she plans to open her own law firm.

Warren is an attorney by trade and on Thursday she filed a certificate with the Monroe County Clerk’s Office stating that she planned to do business as the Law Office of Lovely A. Warren. The filing says the office would be located on Browncroft Boulevard in the city’s southeast.

What type of law Warren plans to practice is unclear. She did not immediately return a request for comment.

Warren holds a law degree from Albany Law School and was admitted to the New York State Bar in 2004, but the majority of her career was spent in politics. She was a longtime legislative assistant to the late Assemblyman David Gantt, and would go on to be elected to City Council, where she eventually became president.

She went on to be elected mayor, the first woman and youngest in Rochester's history to be elected to the position. Mayor Malik Evans defeated Warren in the 2021 Democratic primary and she resigned from office later that year as part of a plea agreement to satisfy felony campaign finance charges.

Warren dipped her toe back into politics in September, when members of the Democratic Committee for Monroe County’s 22nd Legislative District elected her as its leader. Gantt, who served as a mentor to Warren, represented the 22nd District in the County Legislature from 1973 to 1982.