For some Latinos, it’s time to stop celebrating Columbus

October 12, 2020
Monday marks the third year that the city of Rochester will recognize Indigenous People’s Day along with Columbus Day. 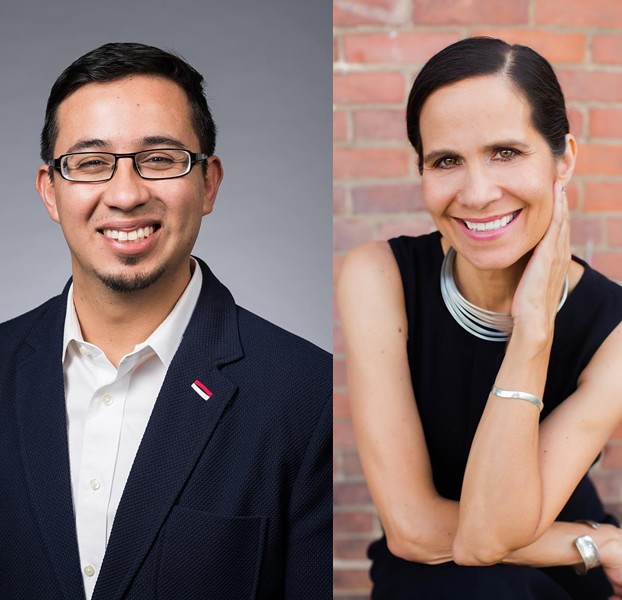 Ramos’s family is from Puerto Rico, the island where Columbus landed on his second voyage across the Atlantic Ocean. She said that she learned about Columbus as a great explorer when she was a child.

It wasn’t until later that Ramos found out the other side of that history — of the indigenous Arawak, Taino, and Caribe people who already lived there, and her connection to them.

“When Christopher Columbus came to the island he called them inferior, uneducated, less than human,” said Ramos. “Although many have claimed that these Indigenous cultures have died off, I have 27 percent Taino and indigenous blood running through my system.”

In Columbus’s diary entry about the first landing in the Caribbean, he said the people there “should be good and intelligent servants” and “that they would become Christians very easily.” What followed from that first encounter was the kidnapping and enslavement of native people, and a gruesome genocide.

Pablo Miguel Sierra Silva, a history professor at the University of Rochester with expertise in colonialism in the 16th through 18th centuries, said it’s important for children and adults to know the whole story of Columbus, not just from a Eurocentric lens.

“If we put more emphasis on native people and native histories, we would have a much greater appreciation for them, for their civilizations, for their knowledge,” said Sierra. "Not necessarily this romantic, idealized and ultimately false version of Columbus."

People with roots in the Americas have a shared history of colonialism. While Columbus’s arrival to the Caribbean marked the beginning of what many call the “New World,” Sierra points out that this is a perplexing way to frame it.

“As a Latino, as someone who is part of this colonial path that is still our present and future, it’s really important that we acknowledge what Taino people knew because they’re an extension of all of the other Native American populations in the Western hemisphere,” said Sierra.

In Latin American countries like Mexico, where Sierra is from, as well as Bolivia, Venezuela, and elsewhere, October 12 is celebrated as Día de las Razas, or Día de la Resistencia Indígena, a day to celebrate the broad spectrum of indigenous cultures represented across the region.

While Indigenous People’s Day is not a federally recognized holiday in the U.S., for Sierra it is still a chance to better understand the history of the Americas from other points of view — from the first European encounter, to the trans-Atlantic slave trade, to our current moment in history.

"I think we should take Columbus Day as an opportunity to really research and understand our connection to Native peoples and, while we’re at it — because I’m a scholar of the African diaspora — of our African descendants as well," he said.

Noelle E.C. Evans is a reporter for WXXI News, a media partner of CITY.