Food insecurity up 38% in Monroe County 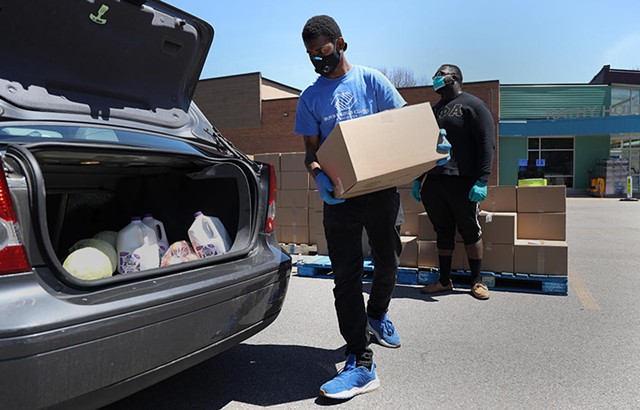 Tom Silva splits his work days lobbying politicians for Foodlink and working with people who are food insecure.

He said the federal government’s nearly $7 billion investment in fighting food insecurity is badly needed now, because food insecurity has spiked during the COVID-19 pandemic. The money is part of the package signed into law by President Joe Biden on Thursday as part of the $1.9 trillion federal stimulus plan.

“Between October of 2019 and October of 2020, if we take those two months as sort of a snapshot, we’ve seen a 38% increase in food insecurity,” Silva said.

Silva defines a food insecure person as someone who is forced to skip meals because of lack of food or money, or are relying on food cupboards or other emergency food distribution for groceries. Foodlink has done about 500 of those emergency distributions in the 10 county area since the COVID-19 pandemic began. In all, Silva said Foodlink distributed 25 tons of food last year. That was up 40% from 2019.

He’s optimistic that several parts of the bill will help, like the child tax credit that will give some parents a few hundred extra dollars a month and the extension of the 15% increase in EBT benefits; those are formerly known as Food Stamps. The increase was expected to sunset in June, now it will end in September. But Silva thinks it should last longer, because the economic effects of the pandemic will last longer for some people than others.

“We’re seeing this really massive, massive uptick over the course of one year, and we don’t expect that it is going to get back down to even 2019 levels by September,” said Silva

Despite all the recent positive news about COVID-19, Silva said people who suffered lengthy job loss will take longer to recover. Silva is expecting to speak with Congressional leaders about additional help next week. A few weeks ago Silva and other members of Foodlink met with members of the state delegation.

James Brown is a reporter at WXXI, a media partner of CITY.