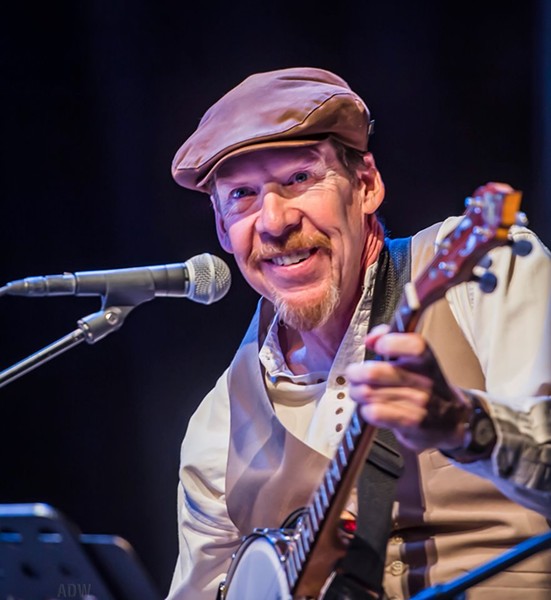 Rochester musician Joe Dady, half of the extraordinary Irish folk duo The Dady Brothers, has lost his battle to leukemia. Dady died Saturday, surrounded by family. He was 61. Just last month, his brother John had donated stem cells to Joe to help in his fight. The Dady Brothers have been a treasure both here in Rochester and abroad, and Joe will be sorely missed.

The Crooked North’s Ben Proctor, who had studied banjo with Joe, remembers the man fondly. “He just treated everybody like a friend,” Proctor says. “He was such a genuine, loving person.”

Though his humility wouldn't let him brag, Joe played guitar, fiddle, banjo, harmonica and pipes in The Dady Brothers. According to Proctor, Dady was less concerned with achieving perfection and more concerned about the spirit of the music. “As prolific a musician as he was,” Proctor says. “There was never any ego or anything like that. It was all about the joy of the moment.”

I wrote this about The Dady Brothers a few years back:

"Whether it's a Wednesday night crowd at Johnny's, kids clapping and singing along at a school performance, or crowds in Ireland — where the Dadys tour annually — the accessibility and appeal of their Irish folk is undeniable and immense. They have mastered Irish music's deceptive simplicity and charm."

Calling hours and services will be announced soon. Check back here with CITY for details .