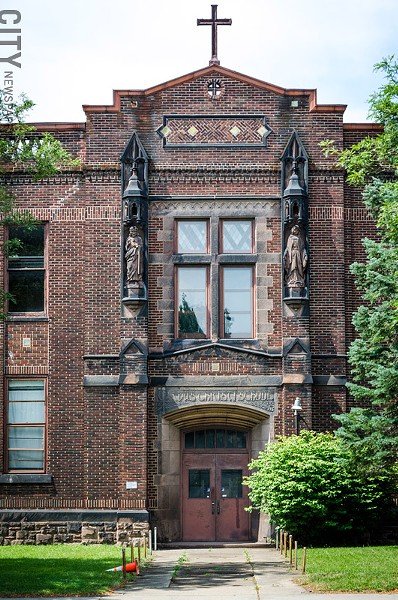 The City of Rochester’s Focused Investment program has made visible, tangible changes in its target neighborhoods, but challenges remain, says a recently released evaluation of the effort.

FIS targets four borderline city neighborhoods for an intense outlay of time and money: Marketview Heights in the northeast quadrant of the city; Beechwood in the southeast; Dewey-Driving Park in the northwest; and Jefferson Avenue in the southwest.

A total of $17.1 million has been directly invested over the seven years that the program has been in existence, the report says. That money has leveraged another $88 million additional investment, it says.

The report highlights the program’s successes, but points out that the effort was hampered somewhat by the Great Recession, and because the target neighborhoods were in worse shape than the “borderline” label suggests.

The primary tools of the program are demolition, code enforcement, exterior residential rehabilitation, businesses loans, and other methods to improve the neighborhoods’ housing markets, to increase property values, and to empower residents, among other goals.

The report includes a chart that measures each neighborhood against the program’s stated goals. All of the FIS areas show increased property values, but in a notable contrast, the median residential sale price dropped in each area — in some cases, significantly — over the same approximate time period.

The median residential sale price dropped 50 percent between 2007 and 2015 for single- and two-family homes in the Jefferson Avenue FIS area, for example. But the median assessed value increased by 16 percent from 2006 to 2016.

Owner-occupancy dropped in three of the four FIS areas; it increased .3 percent in Marketview Heights.
Another notable finding: violent crime dropped in all four FIS areas from 2008 to 2015. The biggest drop was in Dewey-Driving Park which saw a 55 percent reduction in violent crime. That was followed by a 52 percent drop in the Jefferson Avenue area.

The report outlines the next steps that the city should take, emphasizing that the city must protect the investments made so far by continuing to invest in or near the current FIS areas.

A frequently repeated criticism of FIS is that the improvements are, in many cases, surface-deep and don’t address the root reasons why the neighborhoods are distressed to begin with. Without addressing issues such as concentrated poverty and absentee landlords, for example, the city will have difficultly sustaining gains achieved through FIS, they say.