Fall movie season invariably comes bearing an embarrassment of riches; if summer's when Hollywood studios roll out their splashiest blockbuster entertainments, fall is when they offer up the films they're most artistically proud of — or at least have the greatest potential to bring them awards-season glory. From rock stars to astronauts, serial killers to ballet-loving witches, this season offers an all-you-can-eat buffet of cinematic delights, with something to satisfy every film fan's possible craving.

What follows are a few of the films we're most looking forward to in the coming months. There's plenty more we didn't have space to cover, so let us know which movies you're most excited about at rochestercitynewspaper.com.

"A Simple Favor": Known for irreverent comedies like "Bridesmaids," "Spy," and "Ghostbusters," Paul Feig takes a stab at something a bit more sinister with this thriller about a vlogger (Anna Kendrick) who digs into the mysterious disappearance of her enigmatic best friend (Blake Lively). It'll be interesting to see how Feig handles a new genre, and I'll watch Anna Kendrick in anything. Oh, and kudos to the casting director for getting easy-on-the-eyes "Crazy Rich Asians" star Henry Golding in this because yes, I would like to look at him some more, please. (September 14)

"The Old Man and the Gun": Inspired by real-life outlaw Forrest Tucker, this crime-caper follows Tucker (Robert Redford) as his passion for robbing banks competes with his passion for the new love in his life (played by Sissy Spacek). Redford has announced that the film will likely be his final on-screen performance, so Oscar voters may take advantage of their last opportunity to give the Hollywood legend some long-overdue acting recognition. (September 28)

"A Star Is Born": Bradley Cooper stars and directs the fourth screen iteration of this story about an aging star (in this case, a country-music singer) who discovers an exciting young talent (Lady Gaga, in her first leading film role), only for their romantic relationship to suffer when her career rapidly eclipses his own. This one's a big question mark, but at the very least expect the film's original music (co-written by Gaga) to get plenty of attention come awards season. (October 5) 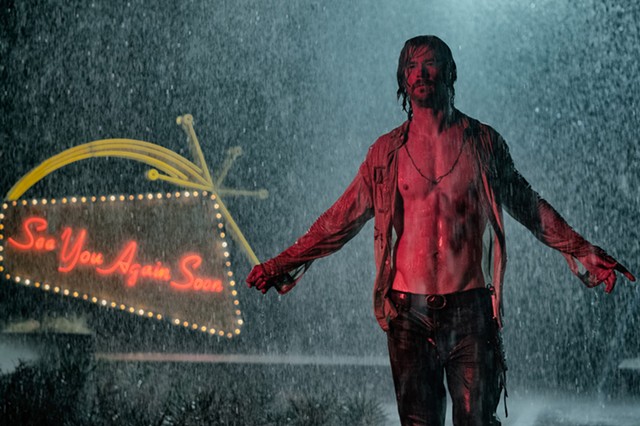 "Bad Times at the El Royale": The paths of seven unsavory strangers converge at the seedy El Royale hotel in this '60s-set neo-noir helmed by "Cabin in the Woods" director Drew Goddard. "Cabin" proved Goddard knows his way around a twisty thriller, and the film's cast — including Jeff Bridges, Jon Hamm, Dakota Johnson, Chris Hemsworth, and Nick Offerman — is to die for. (October 12)

"First Man": Ryan Gosling reteams with "La La Land" director Damien Chazelle to play Neil Armstrong in this drama chronicling the story behind NASA's Apollo 11, and the first manned mission to the moon. Chazelle's on a winning streak, but it remains to be seen whether he can wring compelling drama from such a well-known piece of American history. (October 12)

"Can You Ever Forgive Me?": Melissa McCarthy doesn't get nearly enough opportunity to flex her dramatic muscles, so I'm excited to see the actress in the true story of Lee Israel, a biographer who, after her career stalled, resorted to forging letters from literary icons and selling them on the black market. Directed Marielle Heller ("Diary of a Teenage Girl") from a screenplay co-written by Tony Award-winning playwright Jeff Whitty ("Avenue Q") and writer-director Nicole Holofcener, this film's got quite the pedigree. (October 19) 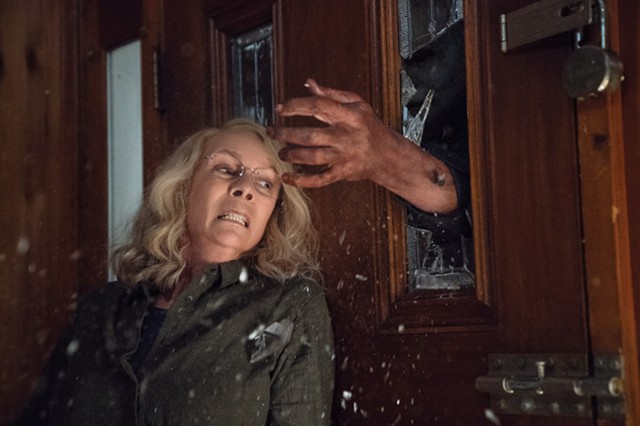 "Halloween": David Gordon Green ("Stronger," "Pineapple Express") is an unexpected choice to take on a new chapter in the legacy of stab-happy horror icon Michael Myers, but his filmography is nothing if not eclectic, so this might just be one of those gambles that seems head-slappingly obvious in hindsight. Ignoring every film in the franchise aside from the original classic, this installment also boasts the return of Jamie Lee Curtis to the series that cemented her status as a scream queen legend. (October 19) 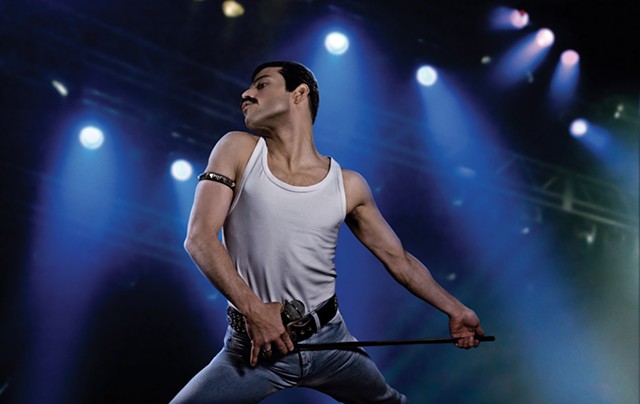 "Bohemian Rhapsody": Behind-the-scenes shake-ups aside (original director Bryan Singer left/was fired from the project, leading to Dexter Fletcher stepping in to finish the film), the life story of swaggering Queen frontman Freddie Mercury (played by Rami Malek) still has the potential to be a spectacularly entertaining film. Mercury deserves a biopic as iconic as he was, so fingers crossed. (November 2)

"Boy Erased": Joel Edgerton directs this adaptation of Garrard Conley's heartbreaking memoir about his experience as a teen being sent to gay conversion therapy by his Baptist pastor father (Russell Crowe) and mother (Nicole Kidman). This has the potential to be incredibly powerful material in the right hands, plus Conley is played by Lucas Hedges ("Manchester by the Sea"), who's quickly proving himself to be one of the more interesting actors of his generation. (November 2) 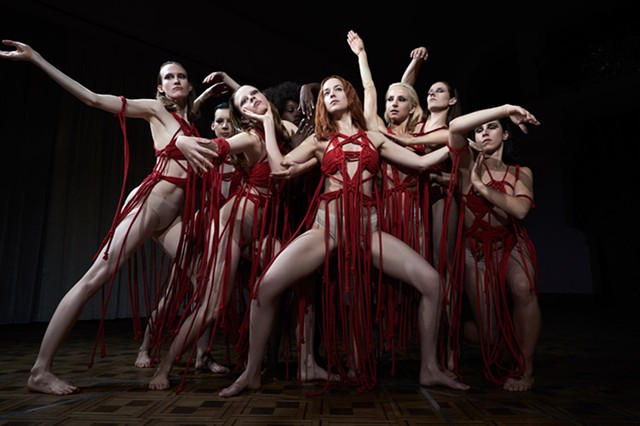 "Suspiria": Fresh off of last year's "Call Me By Your Name," Luca Guadagnino dives into horror with this remake of Dario Argento's cult classic. As in the original film, an American ballet student (Dakota Johnson) travels to Germany to attend a prestigious dance academy, but discovers the staff are a bit too into the dark arts and ritualistic sacrifice than she'd like — you know how picky dancers can be. No one's entirely sure how closely the new film follows Argento's plot beyond that setup, but this looks like a moody, disturbing delight. (November 2)

"Creed 2": Before "Black Panther," director Ryan Coogler knocked his 2015 Rocky spinoff — following Apollo Creed's son as he attempts to make a name for himself in the boxing world — out of the park, delivering one of the best films of that year. Rising superstars Michael B. Jordan and Tessa Thompson return for the sequel, and even if Coogler's absence gives me slight pause (but only slight), I'm still down for another round. (November 21)

"Under the Silver Lake": After making waves with his retro-tinged horror flick "It Follows," anything David Robert Mitchell did next was going to have my attention. His latest is a paranoid neo-noir starring Andrew Garfield as unemployed stoner whose obsessive quest to discover what happened to his missing neighbor (Riley Keough) leads him down a rabbit hole of cults, secret codes, and sinister conspiracies. (December 7)

"Spider-Man: Into the Spider-Verse": We've gotten a lot of Spider-Man movies over the years, but none have looked as visually stunning as this animated adventure, in which Brooklyn teen Miles Morales crosses into a parallel dimension and ends up teaming up with the various Spider-People of those alternate realities to defeat a shared threat to all their worlds. (December 14) 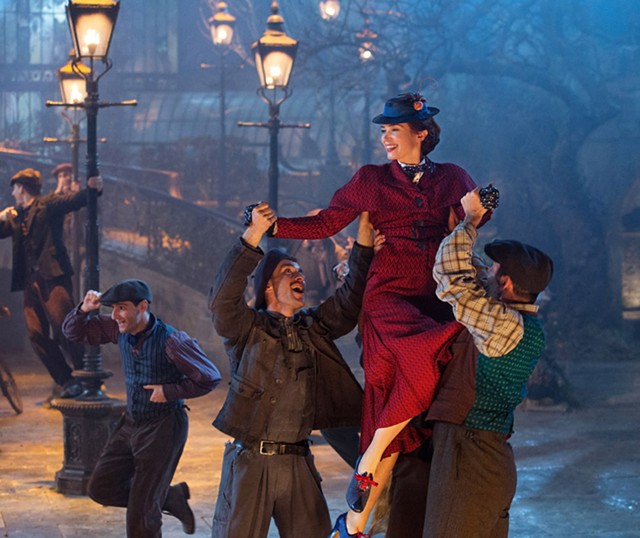 "Mary Poppins Returns": Emily Blunt steps into the role of Mary Poppins in this sequel to the beloved 1964 film. The rest of the cast reads like a who's who of people you want to watch on screen, including Lin Manuel Miranda, Meryl Streep, Colin Firth, Ben Whishaw, Dick Van Dyke, and Angela Lansbury, so here's hoping Disney's got a holiday treat that's practically perfect in every way. (December 25)

"On the Basis of Sex": The Ruth Bader Ginsburg doc "RBG" was the surprise hit of the summer, so with her story so fresh in audience's minds, it will be interesting to see how audiences react to this glossier biopic version of the Supreme Court justice's early years. "The Theory of Everything" and "Rogue One" star Felicity Jones takes on the role of Ginsburg, with Armie Hammer as her beloved husband, Marty. (December 25)

"If Beale Street Could Talk": "Moonlight" director Barry Jenkins follows up that masterpiece (and one of the greatest Best Picture winners ever) with a gorgeous looking adaptation of James Baldwin's 1974 novel. The plot finds a young Harlem woman fighting to exonerate her lover, wrongfully imprisoned for a terrible crime, before the imminent birth of their child. My most-anticipated movie this year. (TBD) 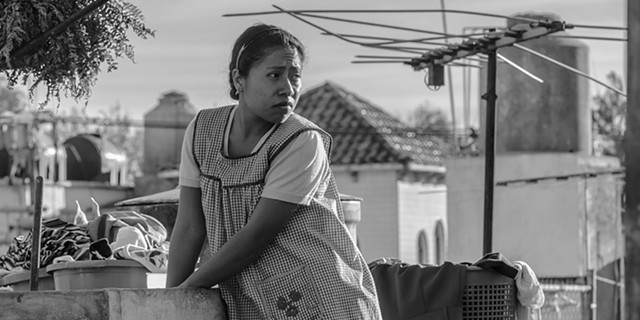 "Roma": In his first film since 2013's "Gravity," Alfonso Cuarón returns to his roots with this semi-autobiographical Mexican-language film following the lives and struggles of a middle-class family in Mexico City during the early 1970s. Shot in lush black-and-white, expect Cuaron to bring his trademark visual genius. (Streaming on Netflix TBD)