Flagler-Mitchell steps back from Black and Asian Caucus, for now 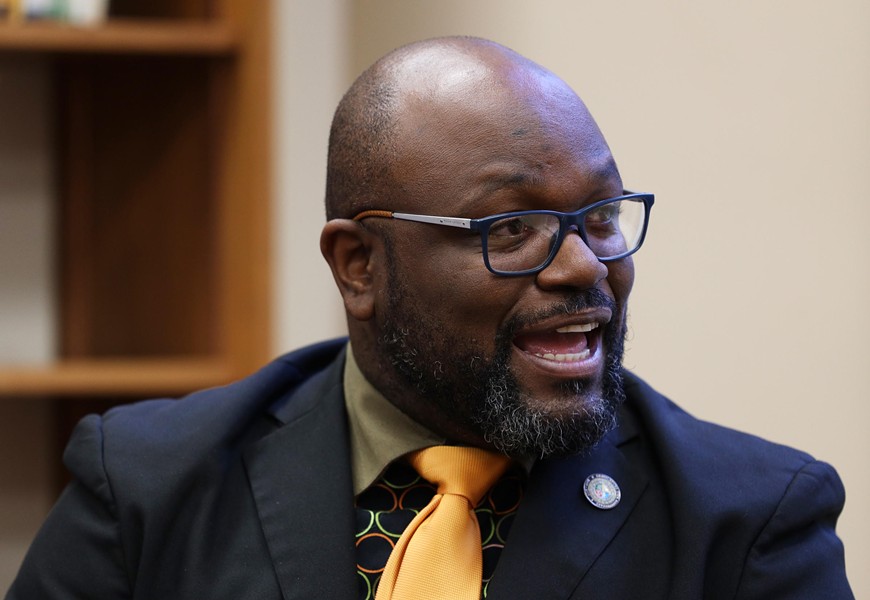 The move comes following allegations of sexual harassment from a second woman — who filed a complaint with the state Division of Human Rights —and growing calls to resign from across the local political sphere. In a brief statement, Flagler-Mitchell said he was stepping away to deal with "personal matters."

The caucus was formed in August 2020, and is composed of Flagler-Mitchell, Calvin Lee, Sabrina LaMar, and Frank Keophetlasy.

"During my time away as Leader, Calvin Lee, Jr. will serve as Acting Leader. Please respect my family’s privacy at this time," Flagler-Mitchell said, in a statement.

The complaint was filed June 7, and alleges that Flagler-Mitchell made unwanted sexual advances toward her between August and October 2020. The woman's contact with Flagler-Mitchell began on Aug. 27, when Flagler-Mitchell offered to assist her with an unspecified Child Protection Services matter.

CITY is withholding the name of the woman.

"Instead of discussing my CPS case he immediately went into detail about his genital parts...and described what he was capable of doing sexually to me,” the woman's complaint reads.

Similar instances allegedly continued for several months, including an incident in October in which Flagler-Mitchell propositioned the woman in his office at the Monroe County Office Building.

That incident in particular spurred Legislature President Joe Carbone, Republican Majority Leader Steve Brew, and the rest of the Republican caucus to call for Flagler-Mitchell's resignation.

“We worked behind the scenes to encourage Legislator Flagler-Mitchell to resign in an effort to not further politicize the accounts of the brave individuals who came forward in this matter," the Republicans' statement reads. "After being unsuccessful in our attempts, we are today publicly calling for his resignation. Sexual harassment of any form should not be tolerated. These most recent allegations involving misconduct on county property are especially troubling and warrant resignation.”

County Executive Adam Bello and the Legislature's Democratic Caucus had previously called for his resignation.

Flagler-Mitchell, in a statement Thursday, denied the new allegations.

“These allegations against me are not true. I have always been one to help people who call on me and I attempted to do so in this instance, the statement reads. “Unfortunately, we were unable to resolve this individual’s situation favorably and now she has launched false allegations against me. I have always been one to admit my shortcomings and today will be no different.”

The newest allegation follows the release of a report of the investigation into Flagler-Mitchell from District Attorney Sandra Doorley's office, which determined Flagler-Mitchell had sent 11 women unsolicited sexual messages or images, or offered money in exchange for sexual favors. That investigation began following a complaint from 20-year-old LaKaya Sinclair.

In the wake of a mass shooting at her home on Pennsylvania Avenue in September, Sinclair met Flagler-Mitchell, and had remained in touch over several months. Flagler-Mitchell had sent an unsolicited picture of male genitalia to Sinclair late last year.

While no criminal charges were pressed against Flagler-Mitchell, a county Board of Ethics investigation found Flagler-Mitchell had violated the county's code of conduct. However, no repercussions were formally handed down. Legislature Democrats earlier this week introduced a measure to censure Flagler-Mitchell, but the Republican majority and the Black and Asian Caucus blocked it.

Flagler-Mitchell, a Democrat, was first elected in 2014. He is running for reelection this year, and is challenged in the primary by William Burgess. Flagler-Mitchell is a married father of eight.