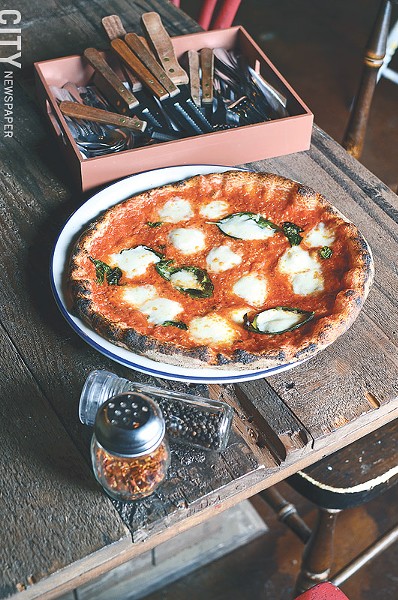 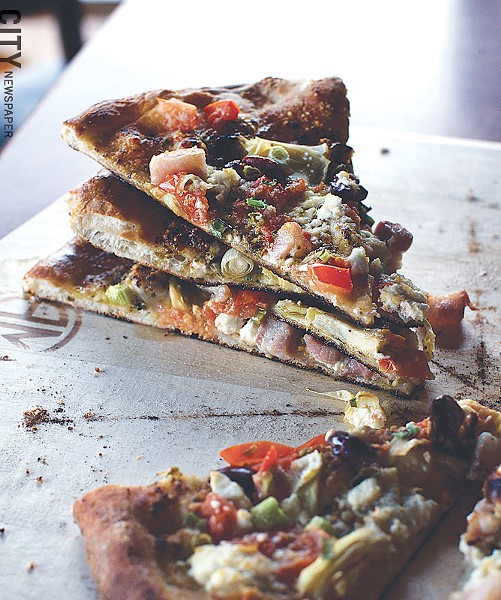 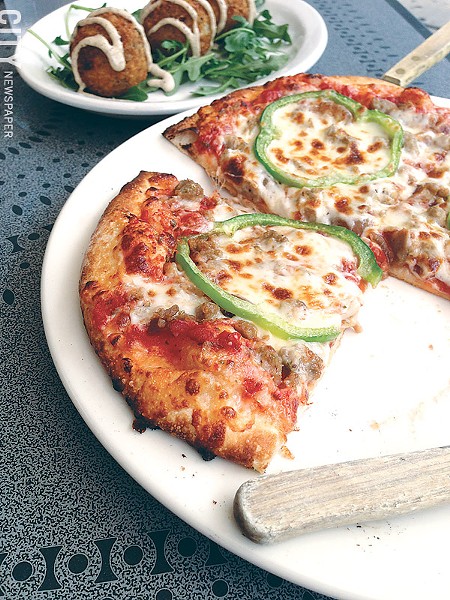 Pollsters tell us that more than 90 percent of Americans eat pizza at least once a month, and statistically we consume some 350 slices of pizza per second. Pizza is probably as universally popular a food as there is in this great land of ours.

The vast majority of that pizza is baked in gas or electric ovens, which differ from your home oven mostly in sheer size. But in line with the broader culinary trend toward more traditional, artisanal styles of cooking, recent years have seen an upsurge in the number of pizzerias using wood-fired ovens.

Go back far enough in history and all pizzas, like all bread, were baked in wood-fired ovens, for the simple reason that there were no other options. But the current wood-fired renaissance isn't just about tradition for tradition's sake; the radiant heat and high temperatures generated by a wood fire, if utilized properly, can result in a fast-baking pizza with a slightly charred, aromatic crust, and toppings that have been cooked just enough to yield optimal flavor and texture without drying out or burning.

In the Rochester area, wood-fired pizza has been around for more than a decade, but it's only been in the past few years that it's really taken off. Every month or two seems to bring news of a new place opening, and for now at least, most of them seem to have taken root. Depending on how wide a geographic net you throw, the Rochester region is currently home to 20 or so wood-fired pizzerias. Here's a look at some of the best purveyors of the style.

Did we leave out your favorite wood-fired pizzeria in the Greater Rochester area? Add it to the comments section of this story at rochestercitynewspaper.com.

Veneto is among Rochester's most senior wood-fired pizzerias, having opened in Rochester's East End in 2001. Veneto's well charred, thin-crust pizzas range from a simple sauce-and-cheese margherita to more complex, yet well-thought-out permutations, such as a mushroom pie topped with oregano-infused oil, oven-roasted mushrooms, mozzarella, and Provolone and goat cheeses, drizzled with truffle oil. Or come up with your own combination by choosing from among Veneto's 21 toppings. Sit at the bar of Veneto's open kitchen if you'd like to watch your pizza's journey from raw dough to finished pie.

(Veneto is located at 318 East Ave. For more information call 454-5444 or visit venetorestaurant.com.)

On Rochester's west side, head straight for Fiamma, where Italian-born pizzaiolo Giuseppe Paciullo puts to good use the skills he learned as a pizzamaker in his hometown of Salerno. After spending about a minute in Fiamma's 1000-degree oven, Fiamma's pizzas emerge crisp, supple, aromatic, and flavorful. From the imported ingredients to the preparation, this may be as close to authentic Italian pizza as you can get without an airline ticket.

Though it technically falls outside the category of wood-fired pizza, Tony D's Coal Fired Pizza also deserves mention. This Corn Hill restaurant is the only one in the Rochester region using a coal-fired oven, the roots of which go back not to Italy but to New York City, where early-20th-century Italian immigrants developed their own style of pizza, using the more easily obtained coal rather than hardwood as their fuel. Tony D's pizzas mostly stick to traditional Italian styles — margherita, bianca (white), and vongole (clams), among others — marked by a blackened but pliable crust.