August 20, 2020
Four songs and two arias, all by Mozart. That was all that Eastman School of Music alumna and current Finger Lakes Opera (FLO) Young Artist Robin Steitz found herself singing during the first two months of the pandemic.

Finger Lakes Opera's Young Artists adapt to virtual performances
CREDIT MONA SEGHATOLESLAMI / WXXI CLASSICAL 91.5
Update Required To play the media you will need to either update your browser to a recent version or update your Flash plugin.

“It was kinda cool,” she says. “For the first time since I started singing, I wasn’t being compelled by some pressing performance coming up. There was nothing outside of myself telling me what I needed to focus on, so I would just obsess over one Mozart song for a week.”

Fellow FLO Young Artist Jongwon Choi nearly stopped singing altogether when everything shut down. His opera auditions in Germany were canceled, and opportunity seemed scarce outside of his regular church job. His wedding in Korea was also postponed. “I was very depressed during this virus time,” he admits.

Steitz is an itinerant opera singer who recently found refuge in the Berkshires; Choi has been studying at The Mannes School of Music in New York.

For their current venture, though, it doesn’t matter where they are physically. Through the summer, they have both been working remotely as two of the 11 participants in Finger Lakes Opera’s Tomita Young Artists Program. For both of these young singers, FLO has challenged them musically and inspired them to learn new skills, in order to adapt to the new, technologically mediated opera performances such as those in the “Summer Scenes” virtual concert.


With FLO, Choi has thrown himself into his role in Mozart’s “Entführung aus dem Serail (Abduction from the Seraglio),” as the imposing guard Osmin — “so I can keep trying my thing, and I am very thankful.”

Steitz has branched out from her all-Mozart regimen at the beginning of the pandemic; she’s singing the role of Gilda in a quartet from “Rigoletto” by Giuseppe Verdi.

As she started to work on her scene, Steitz said it seemed an almost impossible task, but it is something that she’s willing to grapple with.

“I feel that opera is such an essential, collaborative, immediate effort between performers, so obviously we’re not in the same room together,” she says. “Particularly in something like a quartet, it’s difficult.”

Instead of being able to feed off each other’s energy, Steitz describes their work as “identifying in a more concrete, technical kind of way, where those points of connection can happen, instead of letting them happening organically.”

On the other hand, all the stress of the pandemic has given her something to tap in as she takes on the role of Gilda, the betrayed lover.

“It’s really easy right now for me to express deep frustration, because it feels great to have an opportunity to just let it all out and have a primal scream moment, even more than usual,” Steitz says.

The fledgling Finger Lakes Opera company had been on track to grow their outreach this summer, until the pandemic meant they had to find a way to present a new kind of season. The resulting virtual summer season has included podcasts discussing opera — hosted by the company’s founder and Artistic Director Gerard Floriano — a recital by Taylor Raven, an online compilation of arias sung by the young artists, and here at the end of the summer, these physically distanced opera scenes.

In addition to keeping these singers working and trying new things, these performances have been a way for Finger Lakes Opera to stay connected to the listeners who would normally be attending their performances in Canandaigua and Rochester.

"It is really amazing that FLO is still trying to find ways to give musicians the opportunity to do what we do,” Steitz says. “It feels super-crucial for me.”

For both Steitz and Choi, continuing to navigate through this time means remaining persistent and hopeful, as well as flexible.

Instead of heading straight to the European stages, Choi is now planning to pursue his doctorate.

“I’m really trying to motivate myself to be positive, and eventually the vaccine is coming, and everything is [going to] get better,” he says. “Eventually, I think I can get some chance to sing.” 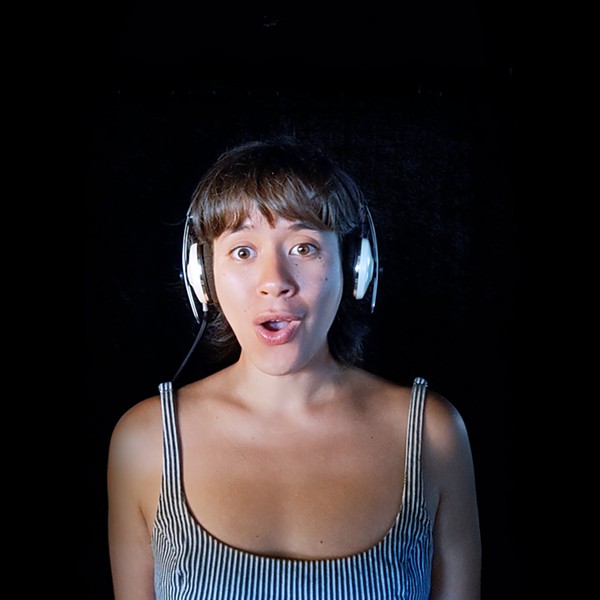 Steitz says she feels lucky that she is in a place in her career that she can continue to work on developing as a musician, with self-directed study and preparing for future roles.

“I do have faith that it will come back,” she says of live, staged opera performances. “It has been beneficial for me to find a lot of that internal motivation that is required of me right now to keep practicing and keep learning and keep renewing my personal investment and interest in what I do.”

The final online performance for this summer is this Friday at 7 p.m., streaming online at Finger Lakes Opera's Youtube page.

Mona Seghatoleslami is an announcer/producer for WXXI Classical 91.5, and serves on the board of fivebyfive. She can be reached  at classical@wxxi.org.