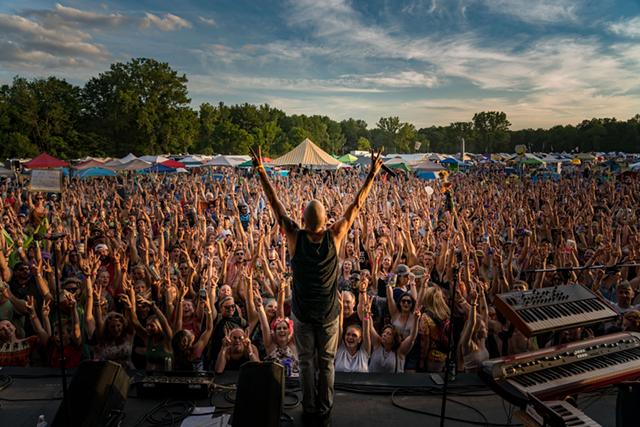 After a two-year pandemic-induced hiatus, the Finger Lakes GrassRoots Festival of Music and Dance returns in full flight July 21-24 with four days of music on four stages at the Trumansburg Fairgrounds, about 12 miles north of Ithaca.

Marking its 30th anniversary this year, GrassRoots offers its traditional mix of familiar favorites, some new groups, an array of regional and international bands, and a handful of national headliners. It’s a veritable smorgasbord of roots music, with everything from gospel, Cajun, old-time, and country to reggae, funk, Celtic, and Cuban represented among the more than 75 bands.

Donna the Buffalo, the long-running roots-rock band that founded the festival and hosts the event, welcomes back regional favorites such as the Campbell Brothers and Giant Panda Guerilla Dub Squad; Louisiana-based staples such as Keith Frank and Walter Mouton; and Ithaca peers such as Gunpoets, John Brown’s Body (reuniting for its first show since 2017), the Sim Redmond Band, and Johnny Dowd. 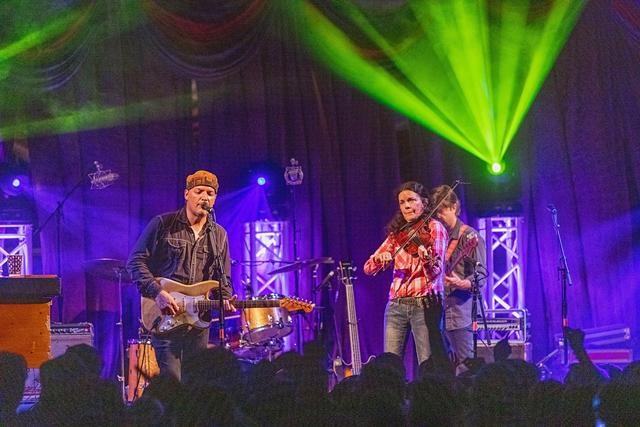 Like many festivals, GrassRoots was canceled in 2020. Last year it offered sort of a “HalfRoots” experience — a three-day event headlined by Donna the Buffalo that featured only two stages and a couple of dozen bands. But this year’s festival promises a return to form, one that organizers hope will help GrassRoots recapture the vibe it cultivated over the course of its existence.

“We started this thing with a shoestring, and I’m so surprised that 30 years later it’s still going strong,” said Tara Nevins, an original member of Donna the Buffalo. “But there's another part of me that's just not surprised at all because people love gatherings, people love music, and people love festivals. And you can still pretty much expect the same thing when you come to GrassRoots — it's a very positive experience, one that’s very family and community oriented.”

That positivity — along with the music, of course — has helped the festival to attract 10,000-15,000 attendees annually, with people coming from all over the country. That includes more than 1,300 volunteers each year, which helps the non-profit GrassRoots organization maintain the relaxed, communal vibe with a relatively small staff.

Over the years, GrassRoots has expanded its offerings to include music workshops, kids’ activities, an emphasis on sustainability, the Congo Square Market (which showcases Black and Latino vendors and performers), The Art Barn, the Healing Arts Area, three beer and wine gardens, and a variety of food and crafts vendors from around the country. The event has even multiplied, with fall and spring versions at Shakori Hills in North Carolina, and another in March at Virginia Key State Park in Miami. 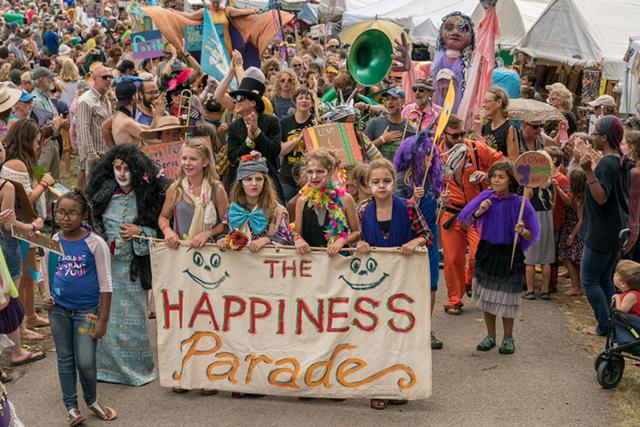 That’s a long way from GrassRoots’s humble beginnings, which started with an AIDS benefit concert at the State Theatre of Ithaca in May 1990, followed by a move the following year to Trumansburg Fairgrounds for a three-day event.

“We had been to all these festivals, and we thought, ‘Hey, we could do one of these,’” Nevins remembered. “We could see how they were run and we thought we could probably pull it off here. So we did that AIDS benefit to start, and then decided to do the whole weekend the next summer. And then it just kept going from there.”

Over the years, GrassRoots has featured dozens of well-known headliners, from 10,000 Maniacs, Steve Earle and George Jones to the Indigo Girls, Lucinda Williams, and Emmylou Harris. But the festival has never really been about bringing the big names or providing a VIP experience.

Nate Richardson, who plays guitar with the Sim Redmond Band and John Brown’s Body, said he appreciates the non-commercial bent of GrassRoots.

“I take great inspiration from the idea of doing a music festival like this, one that’s not corporatized and is not trying to cash in on everything,” said Richardson, who played his first GrassRoots in 1998. “They’re doing something with a lot of intention, and trying to maintain the traditions of it. But they’ve embraced some new ideas, too.” 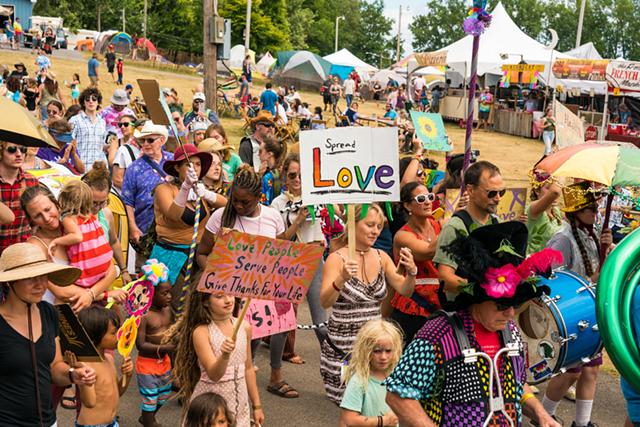