The first hour of a Rochester school board business meeting is usually devoted to something upbeat, such as recognizing high-performing students and teachers. That's followed by time set aside for speakers: parents, teachers, and community members who have come to address a particular issue they're concerned about.

Somewhere toward the end of the meeting, when most people have left, board members vote on a list of payroll expenses that fall under an innocuous category called "Authorization of Additional Pay." These are requests from school administrators asking the board to approve extra pay for teachers and staff for additional hours.

The additional-pay requests are routine; they occur in almost all of the school board's business meetings, sometimes more than a dozen of them at a time, and they're usually for thousands of dollars. Although some board members challenge the requests, most notably Cynthia Elliott, they're usually approved with few questions asked.

Combined with the extra pay for administrators and civil service workers, the district spent nearly $17 million in 2018 for what is essentially overtime pay, though it isn't always called that. The majority of that money, says Everton Sewell, chief financial officer for the district, went to providing "expanded learning time" in city schools: paying teachers and other staff to work longer hours in school.

There are many different versions of expanded learning in districts across the country, but expanded learning in the Rochester school district has three components: intervention in the student's problem areas, enrichment time spent on activities the student likes, and collaboration between teachers in the school. The intervention and enrichment varies, depending on the students' needs, and the goal is to make that time as individualized as possible.

In School 23, for instance, students arrive at 7:30 and have breakfast. They have a schedule of classes – math, social studies, English, and science. But some students may need additional time on math, while others need more time in English. So another teacher intervenes directly with a small group of students to help them catch up and stay on track.

Added to this is enrichment time, which could include theater, music, or the video game Minecraft. School 23's students leave at 3:30 p.m.

Eight Rochester schools follow the expanded learning model in the purest sense, having all three components, and another 19 schools use some variation of it.

Enrichment time for students varies from school to school, depending on what students are most interested in, says Michele Alberti, the district's executive director of school innovation. It's difficult to fit expanded learning and strong enrichment programs in a traditional six-hour school day, she says.

Expanded learning efforts in the Rochester school district started in the 2012-2013 school year with three pilot schools, Northeast College High and Northwest Junior High on the Douglass campus and School 9, says Alberti. Former Superintendent Bolgen Vargas noted at the time that the Rochester district was providing some of the least amount of instruction time in the country to its students, Alberti says.

Since then, 24 other schools have begun offering some form of expanded learning, some of them low-performing schools, some not.

The expense for the expanded learning programs raises several questions, particularly when the district's management and spending practices are under scrutiny.

• Is there a less expensive way to staff expanded learning? With the district spending so much on what is basically overtime pay, wouldn't it be better to hire more part-time or full-time employees?

• Has the investment in longer school days improved student achievement? Even if it has, can the spending be sustained?

• What are the long-term implications for troubled schools, which rely heavily on employees working additional hours to improve low student performance?

The district's civil service workers – custodians, clerical staff, and cafeteria workers – are eligible for overtime pay: one and a half times their hourly pay. Principals and teachers, however, are classified as "professionals." Their hours and additional pay are negotiated in their union contract.

Under their contract, teachers are generally expected to work six hours a day. If they work beyond those hours and that work involves teaching students, they're paid one rate. If the time isn't spent with students – writing curriculum, for instance – they're paid a lower rate.

Even though the annual amount of money spent on additional pay is a small percentage of the district's near $1 billion budget, it's not an insignificant amount, either, says Sewell.

Virtually every school in the district has employees getting paid for additional time, but the pay is substantially higher for some schools. And those amounts have also varied. For example, more than $698,000 was spent on School 23's additional pay in 2017 and just over $143,000 in 2018. 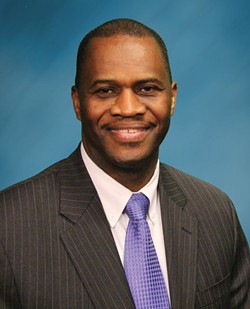 Although the additional-pay requests come in a few at a time throughout the year, the district does budget for them, and typically, the amount doesn't exceed what has been budgeted each year, Sewell says.

Most of the money for additional pay comes out of the district's general fund, which is provided by the state, says Sewell. Schools that the State Education Department has identified as low-performing and need to improve receive additional money to pay for a three-year turnaround plan. Most of the turnaround plans involve expanded learning and enrichment programs that rely on teachers and staff working extra hours.

Even though it appears that the district could save money by hiring more full-time or part-time employees at regular pay instead of paying staff extra for working additional hours, it's not always practical, Sewell says. The district can't hire teachers to teach only the hour and a half that has been added to a school day, for instance.

Are districts like Rochester getting what they're paying for with expanded learning? That depends on who you talk to and how you define success.

Advocates of expanded learning argue that traditional school models and the shorter school days were designed for a different era. Today's students, they say, need more time in school to prepare for a different workforce in the global economy. And the proponents argue that children from poor families frequently don't have the resources and opportunities that would help them excel in school.

But critics of expanded learning question the value of enrichment programs, some of which can appear to be glorified after-school and daycare programs that do little to improve student achievement.

The research around expanded learning isn't conclusive. One of the most comprehensive studies on the matter, "The Effects of Increased Learning Time on Student Academic and Nonacademic Outcomes," was conducted by the US Department of Education's Institute of Education Sciences in 2014. The researchers examined more than 7,000 studies and then focused on 30 that revealed some of the strongest findings about expanded learning.

The researchers drew several conclusions: Increasing the amount of instruction time for low-performing students can have a small effect on literacy and math, but it's not overwhelming. Results are not as good for middle-school students as they are for elementary students. And how the additional time is spent is critically important.

Further, students do better with in-school instruction and programs with teachers and staff who know exactly what their needs are rather than programs that have been turned over to an outside agency.

The district hasn't done a comprehensive study of its own expanded learning effort. But Michele Alberti and Kelly Bauman, director of expanded learning for city schools, both say that based on their experience, giving students more targeted instruction time and activities that they want to participate in is effective.

The best evidence, they say, is that they're seeing schools come off the State Education Department's list of low-performing schools. Schools 22, 34, and 9 have been removed from the state's list of low-performing schools and are now schools in "good standing." And district officials say they've been told that Schools 3, 8, 17, and 45 will be removed from the list in June. All have expanded learning programs.

Getting results takes time, says Alberti – as much as two to three years. And it's labor intensive.

"All staff work extra time, not just teachers, and it is effective," Alberti says. "But the caveat is that it comes with a cost."

There's also a concern about sustainability. Funding for some schools with expanded learning comes from state grants, provided for low-performing schools to help them improve. If those schools improve but have to go back to a shorter day when they lose the grants, will their students' performance suffer?

The school board recently approved extending East's partnership with the University of Rochester, but the high cost and sustainability was a concern for some board members.

And expanded learning is by no means a panacea for poor student achievement and low-performing schools. State Education Commissioner MaryEllen Elia pulled the plug on efforts at School 41 last year, a receivership school that wasn't meeting its goals quickly enough, despite its expanded learning program.

The school just needed a little more time, Alberti says. But it was closed and reopened as RISE Community School 106.

"There's absolutely schools where it didn't work," says Bauman. "But that's often due to a lack of buy-in at the school." If some teachers and staff don't want to work the extra hours or don't support the concept, she says, it creates a sense of time that has simply been added on for no specific reason.

"It becomes less and less about enrichment and acceleration throughout the student's entire day," Bauman says.

Some resistance comes from teachers who prefer the traditional school day because the shorter day allows them to go home and spend time with their own children, she says.

Some parents are not comfortable with longer days, either, because they don't want their children to get home late in the day, particularly in the fall and winter when it's dark, Bauman says.

Rochester's expanded learning initiative didn't get off to a good start. "At first, we did expanded learning with the help of outside organizations," board member Willa Powell says. "But we had to backfill with our staff, because the people who promised their time and services didn't always show up."

Powell cites numerous similar calls for outside help for city students, such as one that promised 10,000 volunteers to mentor city students. Those ideas aren't realistic solutions to the needs of many city students and their families, she says.

"This is one of the realities of urban education," Powell says. "We're getting kids longer each day and every school year and into the summer. And there's a cost for this."

Interest in expanded learning is likely to increase in the Rochester district in the near future because of growing interest in the community-school model for low-performing schools. Community schools offer a variety of support services for students and their families. Teachers and administrators work at making the schools a neighborhood hub to better engage with families and residents in the area. But expanded learning is often a component of community schools.

And assuming that expanded learning can be credited for at least some of the improvement at community schools like School 17 and East Upper and Lower, some city officials are interested in seeing the district add more of them, too.

But Alberti says that while expanded learning, like wrap-around services, has been a hallmark of community schools, it's not mandatory. And expanded learning requires a flexible staff willing to work additional hours and the district having the money to pay for them.

"Expanded learning and community schools go hand in hand," Alberti says. "But you need the resources."

There's no avoiding one major takeaway from all of this, says chief financial officer, Everton Sewell. Expanded learning and enrichment programs, which have become standard components of school-turnaround plans in many urban school districts, cost more money.