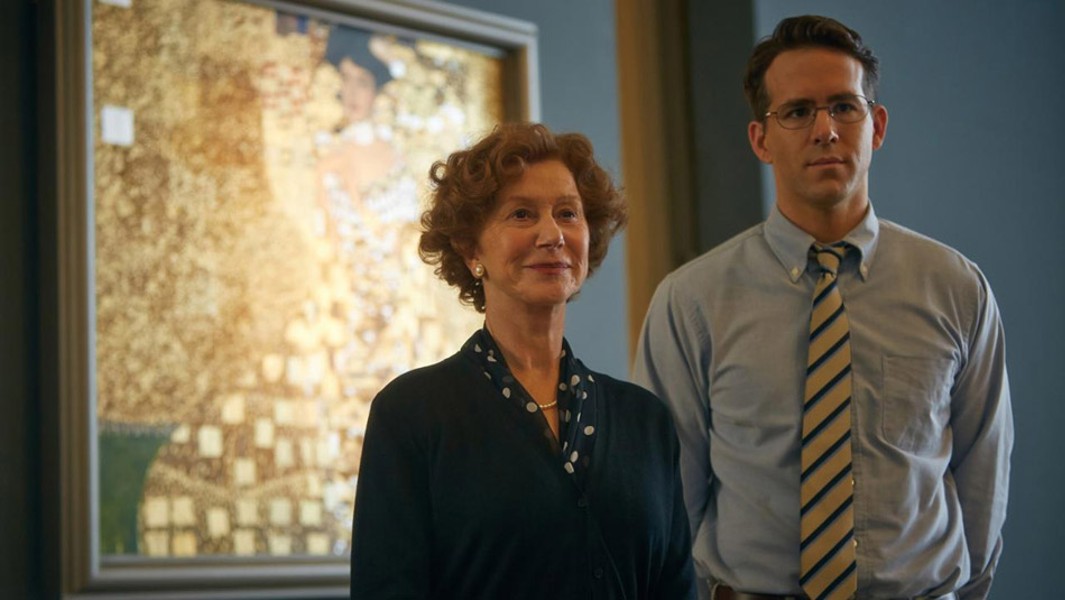 Helen Mirren and Ryan Reynolds in "Woman In Gold."

You may not know her name, but anyone with even a passing interest in art has seen her face. Viennese socialite Adele Bloch-Bauer was a friend of painter Gustav Klimt, and in 1907 he introduced oil and gold to canvas in "Portrait of Adele Bloch-Bauer," an image that would go on to grace coffee cups and magnets the world over. But in 1938, the painting fell victim to failed artist Adolf Hitler's smash-and-grab across Europe, in which 5 million cultural artifacts were stolen from libraries, museums, churches, and the homes of Jewish families like the Bloch-Bauers. Restitution attempts were made when possible following war's end, and the delayed return of the Bloch-Bauer Klimt to its rightful owners is the subject of the unremarkable yet still occasionally stirring "Woman in Gold."

The always-welcome Helen Mirren tries on a clipped Austrian accent to play Adele Bloch-Bauer's niece Maria Altmann, an expat living in Los Angeles and in need of a lawyer to claim her birthright, five Klimt paintings currently hanging in the Austrian national gallery. Enter the wildly-out-of-his-depth Ryan Reynolds as Randy Schoenberg, a young, struggling lawyer who begins helping Maria, reluctantly at first, but his enthusiasm escalating as he learns of the paintings' value at well over $100 million. The stonewalling Austrian government has no intention of parting with the famous portrait of Adele, called "The Mona Lisa of Austria," and what follows is a tale of heartbreaking setbacks and tiny victories as Maria and Randy search for a way to reunite Maria with her beloved aunt.

Part buddy comedy, part Holocaust movie, part courtroom drama, and all mid-1990's Miramax Oscar-bait, "Woman In Gold" hits all the expected beats, with Mirren singlehandedly carrying the film on her formidable shoulders as the alternately defeated and determined Maria. The most affecting parts of the film are actually the flashbacks, with the excellent Tatiana Maslany ("Orphan Black") as the younger Maria, fiercely devoted to a family that wants her to escape Austria. The story of Maria Altmann's quest for her family's Klimts is fascinating and one that's been told in a few worthy documentaries, but if you prefer your non-fiction prolonged and outfitted with a manipulative score, you could do worse than this true tale.