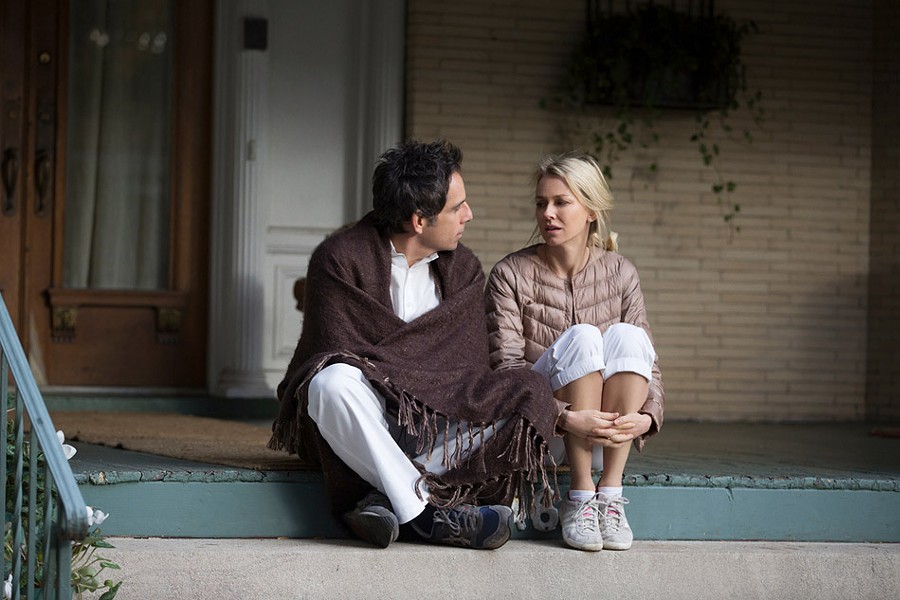 PHOTO COURTESY A24 Ben Stiller and Naomi Watts in "While We're Young."

Opens Friday, April 17, at The Little and Pittsford Cinema

It's always been the prerogative of older generations to look upon the younger with a mix of disdain, apprehension, and occasional horror. As impossible as it is to pinpoint the exact moment when one transitions into the other, the growing sense of a younger generation nipping at your heels is an inevitable part of getting older. The quote from Henrik Ibsen's "The Master Builder" that opens writer-director Noah Baumbach's "While We're Young" reminds us that this fist-shaking "kids today" mindset was already a thing way back in 1892.

An intergenerational comedy of manners that pokes at our collective anxieties about aging, "While We're Young" follows the friendship between two New York couples: middle-aged Generation-Xers Josh (Ben Stiller, prickly as ever) and Cornelia (Naomi Watts), and 20-something hipster bohemians Jamie (Adam Driver) and his wife Darby (Amanda Seyfried), who crash Josh's documentary film class and end up charming their way into the lives of the older couple.

Josh and Cornelia have felt themselves drifting away from their friends, most of whom have become consumed with the responsibilities of parenthood. Josh and Cornelia's closest friends, played by Maria Dizzia and Adam Horovitz (also known as Ad-Rock of the Beastie Boys) are the most recent casualties to have been sucked into the quicksand of adulthood. That a member of a hip-hop group so notorious for raging against parental authority is now a dad with salt-and-pepper hair and a baby strapped to his chest is more than just a cute joke, it's basically the movie's thesis. Josh and Cornelia's own attempts at children have ended in miscarriages and discouragement, and they've gradually given up on the idea completely. Maybe it's better this way, they think: being childless in New York grants them a freedom their peers will never see again.

As Josh and Cornelia strike up a friendship with Jamie and Darby, they find themselves equally invigorated by and envious of the retro-chic existence of their youthful counterparts. With the younger couple's encouragement, they enroll in hip-hop classes, take up bicycling, and participate in an ayahuasca ceremony in which they ingest hallucinogens as part of a vomit-filled cleansing ritual. It's enough to get them out of the rut they've been stuck in and excited about the possibilities that life has to offer. But of course the honeymoon can't last.

A one-time documentary filmmaker, Josh has been tinkering with his current project for pushing a decade, and over the years it's grown into a six-hour monstrosity; the type that requires him to tie himself in knots whenever he's asked to pinpoint exactly what it's "about." He's rejected any advice given to him by Cornelia's father (underplayed nicely by Charles Grodin), a revered documentarian in the mold of Frederick Wiseman, whom Josh resents and respects in equal measure. Baumbach suggests that Josh's insular nature is part of the problem, and the film becomes in part about him learning to be more of a collaborator. An aspiring filmmaker in his own right, Jamie stumbles on an intriguing idea for a documentary, convincing Josh to mentor him as he puts it to film. As their partnership evolves, the film slowly morphs into an examination of the sometimes dubious ethical boundaries of the younger generations.

"While We're Young" transcends a potentially sitcom-y premise with a sharp tone and witty observations about generational appropriation, the nature of authenticity, and the blurry line between truth and fiction. The third act, in which Josh becomes preoccupied with proving that Jamie's a fraud, allows a little too much of Baumbach's own righteous anger to bubble to the surface; it comes across as the director wagging his finger, and he wants those youngsters off his lawn, dammit. But this is a minor complaint in a film that maintains a mostly light touch while delivering some sharp insights.

As a filmmaker, Baumbach has always been preoccupied with characters who have trouble taking the next step toward adulthood, whether that be the adolescents living with their parents' bitter divorce in "The Squid and the Whale" or the funk of post-college young adulthood faced by the characters in "Kicking and Screaming" and the director's wonderful "Frances Ha." That film in particular reveled in its character's self-absorption, but was ultimately a more fair-minded and sympathetic depiction of the millennial generation. That Jamie doesn't come across as a complete cartoon is a testament to Driver's likeable screen presence. Watts deliverers her loosest, funniest performance in years, and though Seyfried is good, her character suffers from not being as sharply defined as those around her.

In depicting these battles between the generations, "While We're Young" understands that all-too-familiar feeling that no matter our age, we're all just pretending to be grownups.