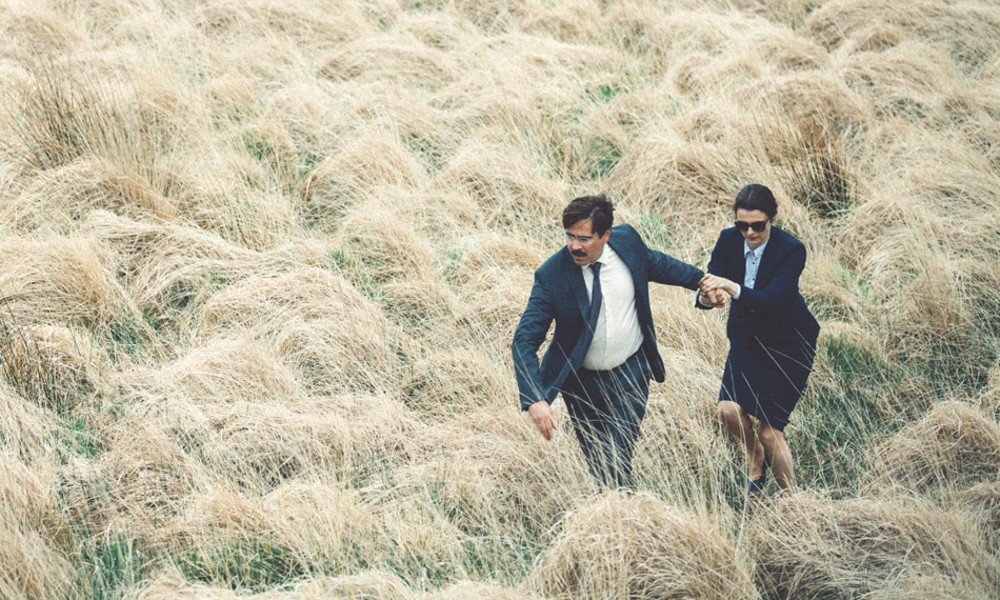 Colin Farrell and Rachel Weisz in "The Lobster."

It's common to hear complaints about the lack of originality at the movies these days, and when you're staring up at a marquee filled with sequels and reboots, it's hard to argue to the contrary. But that originality hasn't gone away entirely; you just have to know where to look. Case in point: the drolly surreal "The Lobster," the first English language feature from Greek director Yorgos Lanthimos (the Oscar-nominated "Dogtooth").

Set in a quasi-dystopian world in which single people are allotted 45 days to find a mate or face being surgically transformed into an animal (they have the option to choose which animal, so it's not all bad news), Lanthimos' film manages to glean some universal truths from an outlandish premise.

"The Lobster" follows a poor schlub named David (Colin Farrell with his good looks hidden beneath a slight paunch and the world's saddest moustache), whose wife recently left him for another man. As the film begins, David has been sent to a countryside hotel meant to help singles find their lifelong mate. Upon arrival, he's given an orientation by the hotel manager (a delightful Olivia Colman) and allowed to select his choice of animal. David settles on a lobster, and his reasoning has a certain logic: they're blue-blooded, like aristocrats, can live for 100 years, and remain fertile their entire lives.

Residents of the hotel also have the ability to extend their stay by hunting down Loners -- rebels who've bucked the system and taken up residence in the woods -- and shooting them with tranquilizers. The reigning champion of this game is the "Heartless Woman" (the unnerving AngelikiPapoulia), whom David unwisely chooses to pursue.

The reasons that prompt the pairings we witness are often inscrutable. One couple decides that they're a match because they both get frequent nosebleeds; another because they each have pleasant singing voices. It's a sort of twisted, funhouse reflection of the arbitrary reasons we use to justify why the person we've fallen for is the right one.

Eventually David ends up fleeing the resort, opting to take his chances in the woods, though he quickly learns the Loners have strict rule sets of their own, and relationships of any kind are forbidden. In fact, their ruthless leader (Léa Seydoux) might be even worse than anything David faced back at the hotel. Despite it all, he finds himself drawn to a Short Sighted Woman (Rachel Weisz).

There's some resonant ideas being explored here, from the binary mindset people tend to adopt when trying to find a match, to the lengths we'll go to in order to ensure we don't end up alone (though the movie seems to argue that those dead-set on remaining single can be just as reckless), and the dangers that result from trying to force a connection where there truly isn't one.

Throughout, Lanthimos cultivates a feeling of unease, tossing in shocking acts of violence when we least expect it. In a world so single-mindedly obsessed with love, we see little outright joy of any sort, but there's a deadpan humor that keeps things from turning too bleak. There's a few bumps along the way as the film transitions from biting satire to become something oddly touching, but beneath its hardened, cynical exoskeleton, there's a gooey, romantic heart.