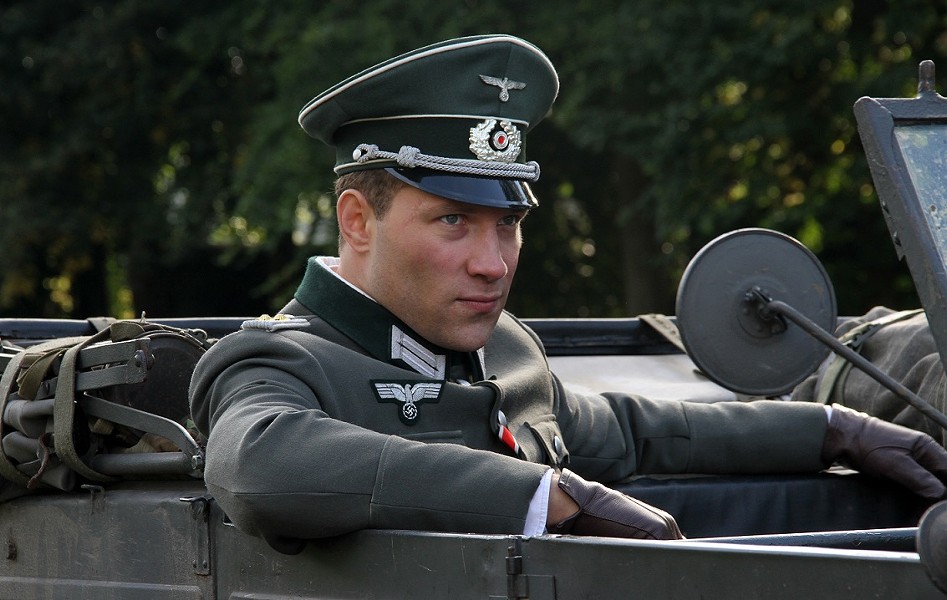 PHOTO COURTESY A24 Nazi dreamboat Jai Courtney in "The Exception."

It's made quite clear to Brandt by his superiors that if anything happens to the Kaiser on his watch, he'll be paying with his life. It's also stressed that the captain's secondary duty will be to keep a close eye on the mercurial Kaiser, paying particular attention to any unsavory opinions the ex-leader might express in his presence about the Führer or his ongoing war efforts.

Wilhelm is bitter, mourning his ruined reputation, and prone to outbursts over his shabby treatment by the Reich. Meanwhile the Kaiser's wife, Princess Hermine (Janet McTeer) is eager to please, desperate to not let the last bit of power that's still within her grasp slip through her fingers. Wilhelm may also be in danger from a British secret service agent, whom intel suggests may be lurking somewhere in the nearby village.

Though instructed by the head of household that the "female staff are not to be interfered with," Brandt isn't on the grounds for five minutes before he's making eyes at Mieke, a pretty young housemaid played by Lily James. Drawn in by those dreamy Nazi baby blues, she swings by his room after hours. He requests that she kindly remove her clothes, and before they've even exchanged names, they're off to the races. Eventually Mieke reveals that she's Jewish, setting up a forbidden romance between the star-crossed lovers.

He's haunted by recurring nightmares about when he was accomplice to the massacre of an entire village of innocent Polish peasants, carried out on orders from his fellow officers. In brief flashbacks, we see the villagers' corpses arranged in bloodless, artfully composed piles. During one of his many nude, midnight conversations with Mieke, Brandt opines that the officers who carried out this slaughter, "shame the S.S." Oh do tell. But she keeps a copy of Nietzsche's "Beyond Good and Evil" on her nightstand, so we know she's down with shades of grey.

The feature debut of Tony Award-nominated theater director David Leveaux, "The Exception" is reasonably engaging and well-acted; Jai Courtney and Lily James (of Disney's recent live-action "Cinderella") are certainly pretty to look at -- and you do get more than an eyeful of both throughout the course of the movie. Courtney acquits himself well, flexing dramatic muscles (among others) he hasn't had the opportunity to show off in his previous screen roles.

Leveaux is clearly aiming more for fantasy than anything even remotely resembling the realities of war. So maybe if it weren't for the renewed visibility for fascism and the diseased worldview of its supporters, I might have more of a tolerance for diverting stories asking us to sympathize with sexy, conflicted Nazis. But that's not the climate we're in, and my sympathies still lie strictly with the Nazi punchers of the world.