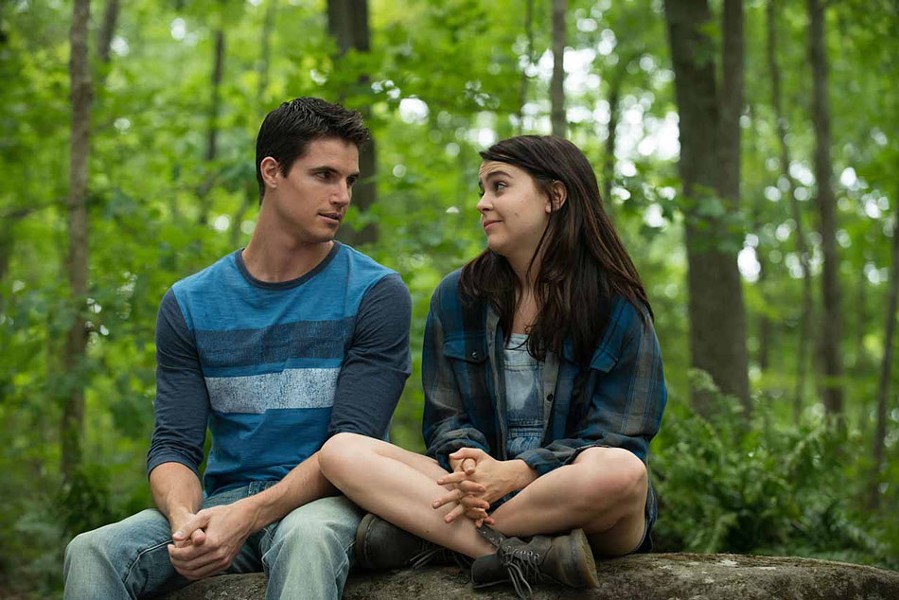 Robbie Amell and Mae Whitman in "The DUFF."

The trailers for "The DUFF" have sold the film as yet another in the line of "Pygmalion"-inspired teen makeover comedies -- a "She's All That" for the new millennium. You know the type: one of those feeble stories where the audience is meant to believe that a beautiful young actress is a hideous troll until she takes off her glasses and lets her hair down. That device has never been much more than a stale cliché, so I wasn't expecting much from any film that even attempted to play it off as anything else. But now having seen "The DUFF," it's fair to say that its ad campaign doesn't do justice to what's actually a rather sharp little comedy.

I honestly can't decide if the marketing is a case of trying to force a surprisingly clever movie into a more conveniently established mold, or simply a bit of cannily deceptive marketing meant to upend expectations for a film that's significantly smarter than its advertising suggests.

The success of "The DUFF" hinges largely on an immensely appealing cast led by Mae Whitman ("Scott Pilgrim vs. the World") and Robbie Amell ("The Flash" TV series). Whitman plays Bianca, a goofy, tomboyish horror movie geek. Amell is Wesley, Bianca's childhood friend, turned callous acquaintance after football proved to be his in with the popular crowd. The inciting incident occurs during a party, when he off-handedly refers to her as the DUFF (designated ugly, fat friend) amongst her clique. The word is a shorthand way of referring to the more approachable member amongst a group of friends; the one who acts as a gatekeeper that interested parties must get past in order to gain access to the DUFF's more desirable companions. The film goes to great pains to explain that DUFF is a catch-all term, not to be taken literally, thus sparing us from having to accept the idea that the lovely Ms. Whitman is in any way fat or ugly.

Bianca is understandably incensed at this description. But in the days that follow, she lets the incident get under her skin until she's built up a resentment toward her best friends (Skyler Samuels and Bianca A. Santos), whom she believes responsible for relegating her to that role. Conveniently, Wesley's grades have resulted in him being benched from the football team, leading to a mutually beneficial deal: She'll help him pass chemistry if he'll help her overcome her DUFF designation.

There is no makeover in "The DUFF." In fact, I'm happy to report that no one really changes at all over the course of the film. The deal is a means to examine the ways in which labels are ultimately meaningless except as an excellent way to make us feel badly about ourselves; learning that she's a DUFF only changes the lens through which Bianca views herself.

The witty script by Josh A. Cagan, adapting the book by Kody Keplinger, still operates completely within the confines of established teen comedy conventions. Naturally there's the school's resident mean girl, Madison (Bella Thorne, who comes across like a mini Jessica Chastain), who exploits Bianca's insecurities seemingly just because she can. And of course, there's never a question about where the film has to end up, even if the path it takes in getting there takes a few surprising zigs and zags -- Cagan finds a surprising amount of wiggle room within the clichés.

The advice Wesley gives Bianca isn't necessarily bad advice, less about changing her appearance (aside from encouraging her to find a bra that fits her properly) and more about gaining confidence in the person that she already is. Even the requisite scene in which a mortifying video is leaked to the entire student body is solved with an admirably straightforward reminder that a little bit of embarrassment isn't the end of the world, even if it feels that way at the time.

By smartly sidestepping the genre's more brainless aspects, "The DUFF" joins the ranks of "Easy A" and "G.B.F." -- (relatively) recent high school comedies that are smarter than they have any reason to be. It doesn't quite reach the all-time classic status of "Mean Girls" (even if it shares that film's tendency toward didactic speechifying to spell out its themes), but it shows that, even within the constrictive boundaries of teen comedy, there's still plenty of room to surprise.