Film review: 'Racer and the Jailbird' 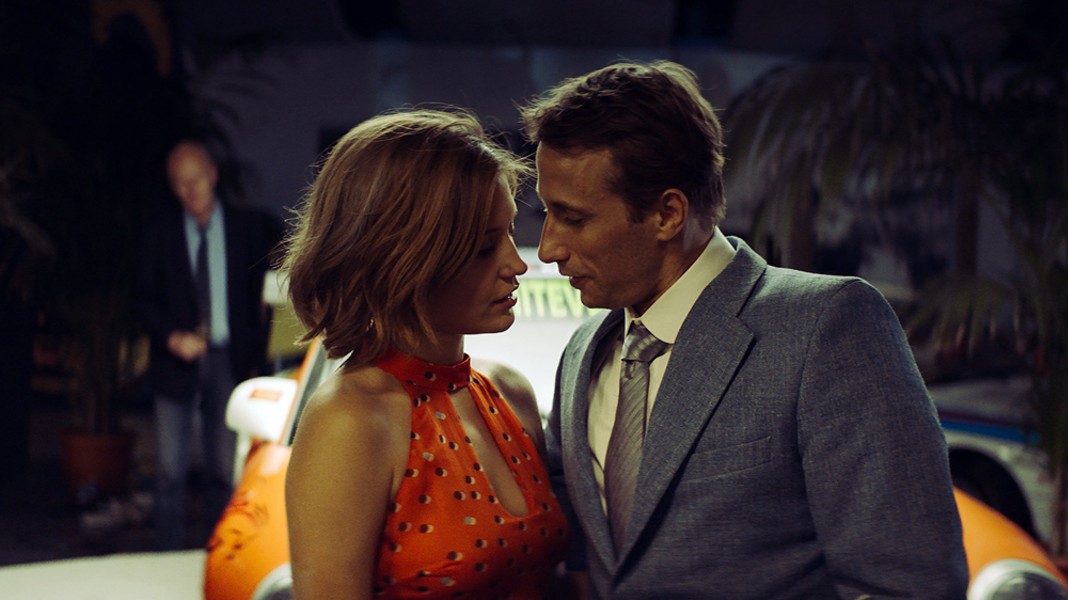 PHOTO COURTESY NEON Adèle Exarchopoulos and Matthias Schoenaerts in "Racer and the Jailbird."

"Racer and the Jailbird"

Belgian writer-director Michaël R. Roskam's "Racer and the Jailbird" blends a flashy crime-thriller with somber romantic drama as it tracks the relationship between affluent race car driver Bibi (Adèle Exarchopoulos, "Blue is the Warmest Color") and a career criminal with a heart of gold named Gigi (Matthias Schoenaerts, "A Bigger Splash"). But the two genres never quite gel, and the somber plotting of the love story frequently clashes with the need for speed action theatrics -- though we do get strong performances and a nicely-staged one-take highway heist along the way.

Both risk takers in their own way, Gigi and Bibi immediately fall for one another, though we sense early on that trouble is on the horizon. Gigi claims to make his living importing and exporting cars, and despite the fact Bibi knows that he's lying, he does his best to keep her in the dark about the nature of his true vocation. All the while Gigi's friends prod him into taking part in riskier and more dangerous capers, but the couple's devotion to one another gets them through the tumultuous ups and downs of their relationship (the film's original title of "Le Fidèle" -- "The Faithful" -- seems much more fitting than its unimaginative English language moniker).

It's an interesting setup, but the film's compelling first half completely falls apart in the overwrought second, as Roskam shifts gears into a full blown melodrama. Exarchopoulos and Schoenaerts (who can smolder with the best of them) turn in solid performances, and their magnetic chemistry helps fill in for their somewhat underdeveloped characters. In the end "Racer and the Jailbird" is disappointing more than anything else; it's been a long while since I've seen another film start so promisingly before so spectacularly crashing and burning by the time it crosses the finish line.