In the final moments of Lars von Trier's "Nymphomaniac: Volume I," his self-loathing, sex-addicted heroine, Joe (played by Stacy Martin as a young adult, and Charlotte Gainsbourg as a grown woman), had gone sexually numb, discovering that she was suddenly incapable of orgasm just as she had reconnected with her on-again-off-again lover, Jerôme (Shia LaBeouf). 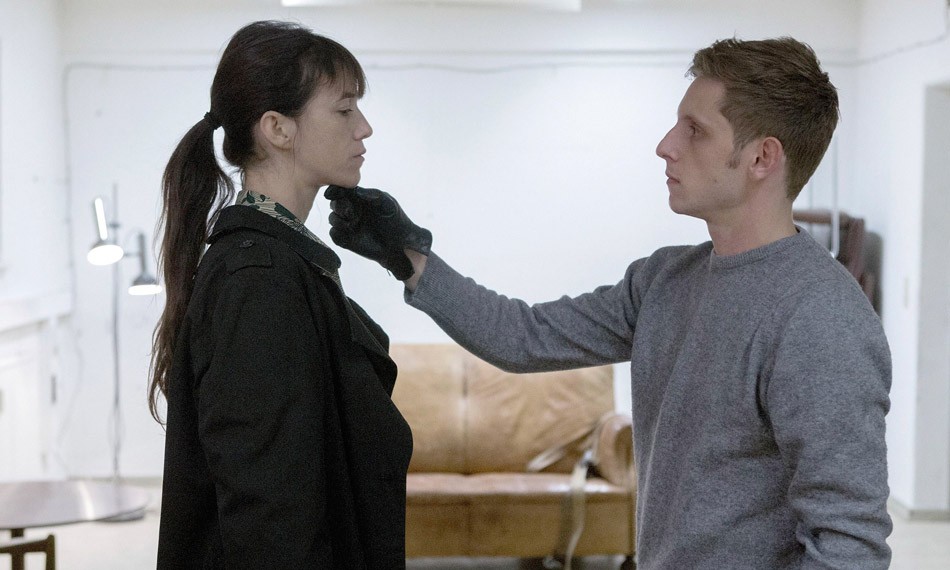 "Nymphomaniac: Volume II" picks up right where we left off, with Joe recounting her shockingly comprehensive sexual history to the bookish Seligman (StellanSkarsgård), though she's jumped ahead slightly in her story. Joe is still with Jerôme, and remains unable to achieve orgasm. This hasn't stopped them from trying, however, and soon they have a child together. Unsurprisingly, this does nothing to improve the situation. Jerôme becomes convinced that he's simply incapable of pleasing Joe, and gives her permission to sleep with other men -- shades of von Trier's 1996 film "Breaking the Waves," adding further evidence to the theory that the director is actually weaving a tale about his own creative history. It's not long before Joe is back to her old ways, now with a growing gravitation toward violence. Soon, she's neglecting her family completely in order to pursue a relationship with a sadist called "K" (Jamie Bell, in an unnervingly reserved performance), who ties her up and whips her mercilessly.

Her compulsion now more of an all-consuming addiction, Joe makes a stab at attending group meetings for sex addiction -- Joe prefers the term "nymphomaniac," but is informed that "sex addict" is the preferred, politically correct phrasing. From here, I'm disappointed to say it feels that the film loses its way, taking a rather inexplicable turn as Joe utilizes a lifetime's worth of knowledge on how to manipulate men in order to gain employment as a debt collector for the mob. In addition to being the film's least plausible development, this marks a sharp shift in tone for the story. There are still brief moments of humor, but they are few and far between, as the relatively warm humanity of "Volume I" gives way to a darkly nihilistic tone in keeping with Joe's increasingly self-destructive behavior.

The ending is even more of a letdown, spelling out its message through a grand bit of speech from Seligman leading into a dramatic change in character that seems to undo much of what's come before. This development can't help but feel like a bit of a "f--- you" to the audience, but considering von Trier's typical m.o., that's exactly how he wanted it. Still, the film remains compellingly watchable throughout, largely thanks to Gainsbourg's fearless performance. Taken together, "Nymphomaniac: Volumes I & II" form a messy, provocative examination of gender roles, addiction, and the insatiable thirst for fulfillment which ultimately marks us all as humans.