Can’t get no satisfaction

NOW PLAYING AT THE LITTLE THEATRE

“Nymphomaniac: Volume I,” the latest film from Danish filmmaker and all-around provocateur Lars von Trier, sets out to document the lengthy and varied sexual history of one particularly insatiable woman. Though the film originally made its festival debut early this year in a five-and-a-half hour director’s cut, the decision was made to release a slightly edited version in the U.S. as two separate feature-length films totaling four hours. Like much of what von Trier does, the end result is deeply personal, sometimes inscrutable, but never less than fascinating. However, the choice to split the film into two parts leaves me with the impossibly difficult task of reviewing only the first half of a complete work (Volume II opens at the Little Theatre on Friday, April 18 -- look for a review later this week online at Rochestercitynewspaper.com). And I admit that it’s entirely possible that Volume II will change the context of Volume I. 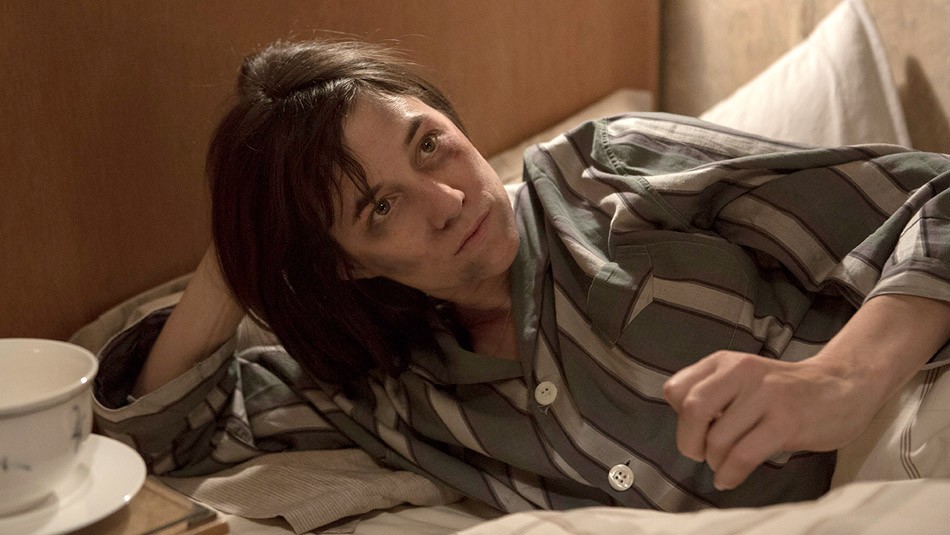 Like nearly all of von Trier’s films, the story’s protagonist is a damaged young woman desperately searching for some sort of fulfillment -- whether that be emotional, intellectual, sexual, or some combination of the three. In this case, the woman’s name is Joe (played by Charlotte Gainsbourg and in flashbacks by actress Stacy Martin), and as the film opens, she’s lying alone in an alley, bruised and bloodied. She’s found by a curious stranger named Seligman (StellanSkarsgård), and while she initially refuses his offer to call an ambulance, she does agree to accompany him back to his apartment for some tea. Once there, she begins explaining to him how she came to be in this situation, telling a story of promiscuity from adolescence through early adulthood. Throughout her tale, Seligman frequently interjects to ask questions, attempting to understand Joe’s behavior. An academic by nature, he tries to assign intellectual significance to her proclivities, comparing her actions, in turn, to fly fishing, music theory, and the Fibonacci sequence.

Clearly depressed and consumed by a deep loneliness, Joe combats these feelings with an endless parade of new sexual partners: “Fill all my holes,” she implores to one in a particularly unsubtle moment. The only companion who makes a repeat appearance is a young man named Jerôme (Shia LaBeouf), whom Joe reconnects with at various points throughout her life. Interestingly, even though Joe is filled with self-loathing, telling Seligman that she is a bad person who has “consciously used and hurt others for the sake of my own satisfaction,” von Trier never seems to judge her.

More surprising is how funny the film often is, and von Trier manages to straddle a variety of tones, from practically slapstick comedy to harrowing drama as it moves through each of Joe’s sexual episodes. Perhaps the best of these segments features Uma Thurman as the scorned wife of one of Joe’s lovers, who barges into the girl’s apartment with children in tow asking if she may show them “the whoring bed.”

As you may expect, the film is extremely explicit. It’s chock full of sex, but is never exactly erotic. I should note here that the end credits contain a disclaimer explaining that none of the professional actors had penetrative sex, and that the effect was achieved through the use of body doubles and cinematic trickery. Performances in the film run the gamut: Gainsbourg and Skarsgård are great, and their scenes together have a crackling energy. Stacy Martin’s performance sometimes feels blank, but that’s at least partially intentional and in keeping with her character’s empty emotional state, while LaBeouf is fine, but adopts an accent that I’d call “muddled,” if I wanted to be especially kind.

Some reviewers have noted that Seligman’s attempts to intellectually analyze Joe functions as a thinly veiled metaphor for the relationship between artist and critic. Taken as such, the film can easily be interpreted as autobiographical, documenting not von Trier’s sexual history but rather his artistic one. As previously stated, “Nymphomaniac: Volume I” is just one half of a larger work, so it’s difficult to truly assess it without seeing where the film is headed. The story even ends on something of a cliffhanger, with Joe having once again found her way back to Jerôme, only to discover, once they have sex, that she’s suddenly lost all physical sensation of sexual pleasure.

Judging from the snippets of scenes from “Volume II” which play over the end titles, it appears that Joe is headed into significantly darker and more dangerous situations. I’m anxious to see the second half if for no other reason than to achieve the gratification her story is ultimately building toward.