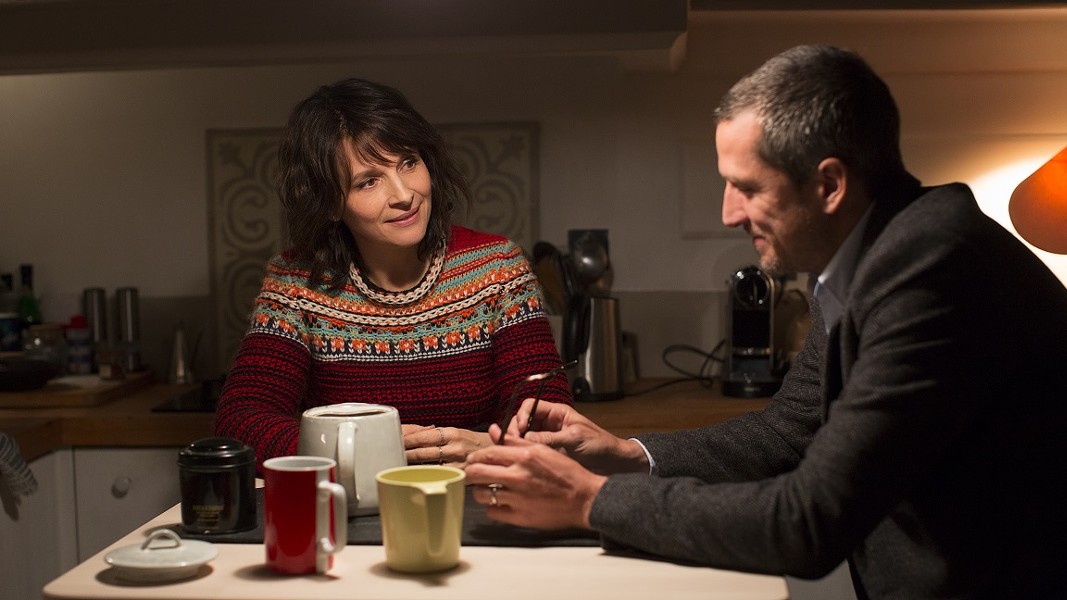 The latest from French filmmaker Olivier Assayas ("Clouds of Sils Maria," "Personal Shopper"), "Non-Fiction" is a chatty, breezily entertaining comedy of manners when isn't getting bogged down by its characters' self-conscious meditations on life and culture in the digital age.

At its heart the film is a bedroom farce, and its French title "Doubles vies" (translating to "Double Lives") is a reference to the Parisian intellectuals at its center, whose intertwining love lives and mutual infidelities are the source of constant deceptions, both personally and professionally.

Alain (Guillaume Canet) is a publisher struggling to keep his esteemed company relevant in the constantly-shifting media landscape. His friend Léonard (Vincent Macaigne) is the author of not-quite-autobiographical "auto-fiction" novels -- really just salacious, thinly-veiled recountings of his life and various affairs.

Alain has doubts about publishing Léonard's latest manuscript, which focuses on the writer's amorous relationship with a woman named Xenia, claiming that it feels like more of the same. Unbeknownst to Alain, Xenia's character is actually based on his wife, Selena (Juliette Binoche), an actress on a popular police procedural who's been carrying on an affair with Léonard for years.

Naturally, Alain is having his own affair with his company's newly-hired head of "digital transition" (Christa Théret), and who represents an alluring yet terrifying new future. Meanwhile, Léonard's longtime girlfriend, the idealistic Valérie (Nora Hamzawi), works as the assistant to a progressive politician and is perhaps the most level-headed and sane of the bunch.

Over wine, food, and in post-coital conversations, the characters wax on about the changing culture and the place of the written word within it. They talk about politics, fake news, and the anesthetizing effects of binge-watching television and adult coloring books.

Assayas has some fun poking at the pretensions of his characters, and their conversations are sharply written with a lively, free-flowing energy. But these discussions are not exactly new, and at a certain point the characters start to feel like essays with mouths.

"Non-Fiction" is at its best when Assayas lets his characters breathe. When they stop regurgitating talking points from whatever "New Yorker" article was making the rounds circa the early 2010s, there's something affecting about their desire to fight the inevitable. And the suggestion that all their fretting over the public's changing tastes masks a real anxiety about becoming irrelevant themselves.