Football off the field 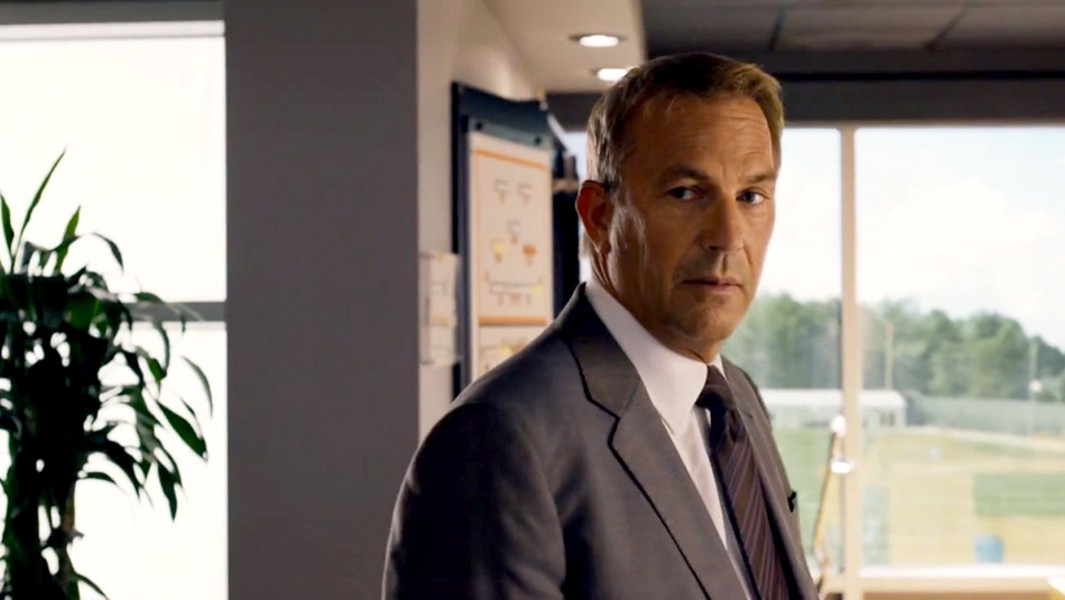 As he has demonstrated in a number of movies, Kevin Costner is the best athlete in Hollywood. Unlike, say, Gary Cooper in "Pride of the Yankees," Anthony Perkins in "Fear Strikes Out," or Robert De Niro in "Bang the Drum Slowly," Costner played a most credible brand of baseball in "Field of Dreams," "For Love of the Game," and most notably, "Bull Durham." He also looked like a real golfer in "Tin Cup," and showed off a wicked serve in a tennis match in the relatively obscure "Revenge."

Older now, like Brad Pitt in "Moneyball," Costner has moved from the playing field to the front office in the football film "Draft Day."  Costner plays Sonny Weaver Jr., the general manager of the Cleveland Browns, a club almost as unsuccessful as the Buffalo Bills, on the day when all the teams announce their draft picks, hoping to harvest a rich bounty from the crop of college players.

In addition to the stress involved in making the right picks for his team, Sonny finds himself under emotional attack from a number of sources. His father, a legendary, beloved Browns coach, whom Sonny himself fired, died the week before this important day; his girlfriend, Ali (Jennifer Garner), the team's number cruncher, tells him she's pregnant; and both the owner, Anthony Molina (Frank Langella), who threatens to fire him, and the current coach (Denis Leary), who detests him, pressure him to choose different players as their number one pick. On top of all that, the usual sports radio blowhards instruct him in strategy and whip up frenzy among the devoted fans.

Facing all of these challenges, Sonny spends the 12 hours of the day wheeling and dealing with GMs all over the country, juggling phone calls, placating players and agents, arguing with his staff, and suffering the insults and scorn of the experts on ESPN. Just about everyone, including his mother (Ellen Burstyn), believes Sonny committed a colossal blunder in trading away important future picks for the best player in the country, a quarterback named Bo Callahan (Josh Pence).

Aside from the sequences showing Callahan's smug confidence, the movie puts attention on two other players: a defensive back named Vontae Mack (Chadwick Boseman) and running back Ray Jennings (Arian Foster). The presence of those individuals introduces one of Sonny's overriding concerns, the question of character, which emerges as the most important influence on his choices.

The movie proceeds with the pace of a thriller, covering a multitude of movements and people through the 12 hours of Sonny's decision making and horse trading. Director Ivan Reitman constantly intercuts between Sonny's actions and the great many people involved in the business of operating an NFL team. It often employs a split screen -- sometimes even four panels -- to show the simultaneity of the process -- including clips of the players in college games, and the verbal ballet of dealing and swapping players, with everyone jockeying for an edge in the complicated negotiations.

In the midst of all this, against the backgrounds of alternately cheering or booing fans, a Greek chorus of commentators expresses their amused astonishment at Sonny's decisions. Chris Berman, Mel Kiper, Jon Gruden and other well-known personalities, playing themselves quite convincingly, pass a constellation of judgments on Sonny's actions. Their presence, along with the appearance of NFL Commissioner Roger Goodell playing himself not quite so skillfully, lends a sense of immediacy and an almost documentary authenticity to "Draft Day."

Structuring the movie through the device of the 12-hour schedule provides a solid framework for the action and, as the clock ticks away, builds a nicely escalating tension. The shifts from Sonny's headquarters in Cleveland to the various offices of the other teams, -- each announced through handsome establishing shots of stadiums in Seattle, Houston, Kansas City, Buffalo, etc. -- provide a visual dynamic to counteract what could have descended into a series of static visuals of a lot of people in offices.

Well crafted, well-acted, and deftly paced, "Draft Day" provides a convincing insight into the ways NFL teams operate, the task of a general manager, and the excitement of its title subject.  It should appeal to many audiences, football fans or not, and might even win followers for the Browns.