As all students of the form know, World War II contributed enormously to the success of the comic books that flourished in the America of the past. Characters like Blackhawk and his international squadron, the Boy Commandos, and Wonder Woman often faced various threats from the Axis Powers; some critics have even suggested that Superman was originally a Jewish culture hero created to defend his people against the Nazi menace. 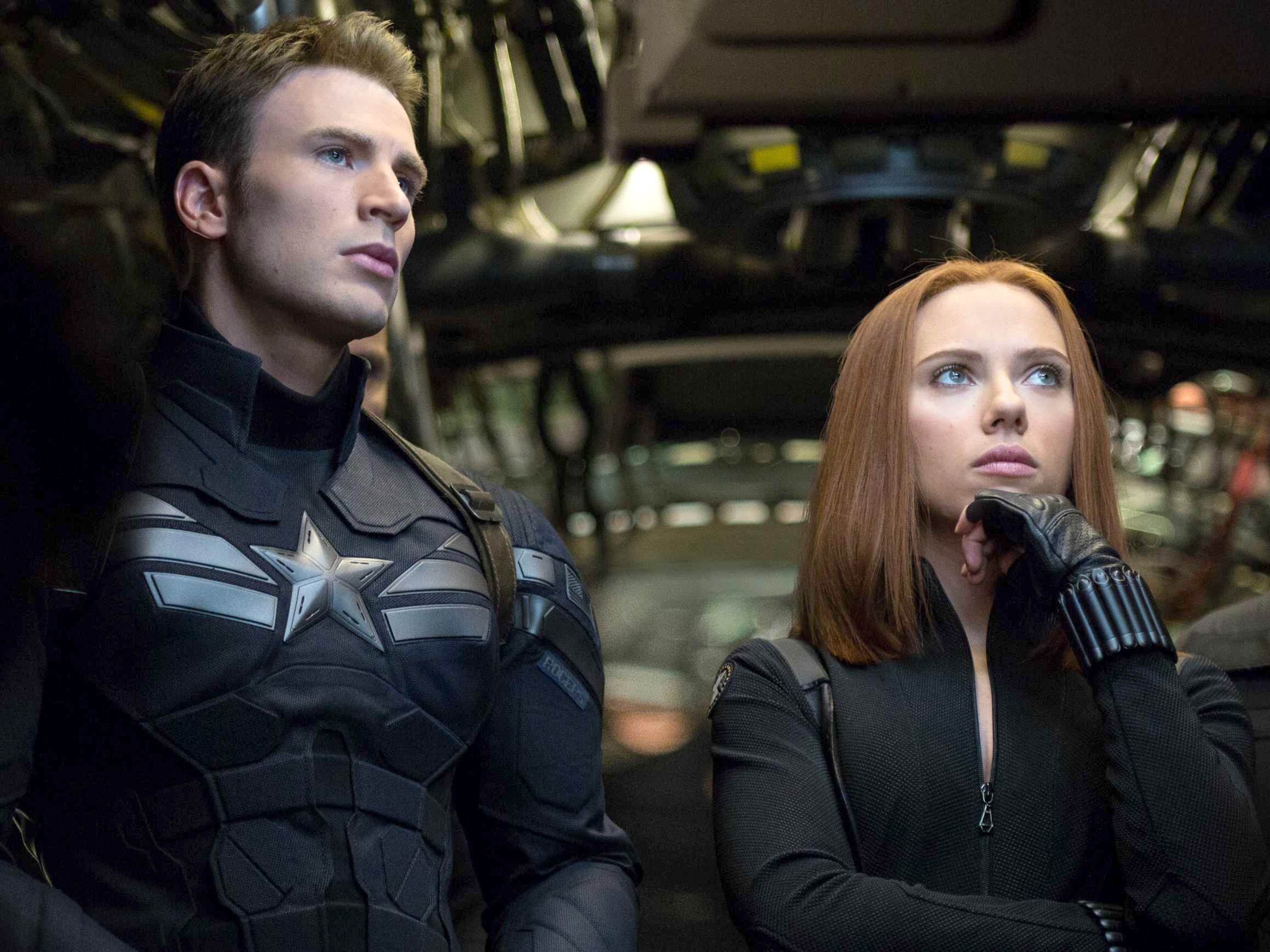 As his first movie demonstrated, the protagonist of "Captain America: The Winter Soldier" derives from the same background as his fellow superheroes. In the second of what seems likely to become yet another cinema franchise, the Captain faces somewhat different enemies in a more complicated world. Originally transformed by a special serum (echtcomic book nonsense) from an undersized pencil-necked geek to a magnificent physical specimen with superior powers, Steve Rogers (Chris Evans), now "defrosted," as a character puts it, works for the security organization known as S.H.I.E.LD., under the command of Nick Fury (Samuel L. Jackson) and Secretary Alexander Pierce (Robert Redford).

The Captain's opening mission in the movie involves the freeing of hostages from a hijacked ship, which he accomplishes in a nicely choreographed ballet of violence with the assistance of Natasha Romanoff (Scarlett Johansson), known as the Black Widow, and a crew of fellow agents. Establishing his superhero credentials, he dives from an airplane without the assistance of a parachute, an act he repeats with variations throughout the picture.

After the rescue of the ship and its crew Rogers returns to Washington to find that his organization no longer deals with the clear issues of good guys versus bad guys, but now commits itself to some confused notion of peacekeeping. From its headquarters in a strange building called a triskelion, S.H.I.E.L.D. intends to launch a trio of giant hovering aircraft carriers that will obliterate trouble spots around the world in a science-fiction version of the preemptive warfare popularized by the Bush administration, and a practice that troubles the Captain.

Alexander Pierce's plan inspires the pivotal theme of the movie, a continuous examination of the nature of trust, something of a throwback to the cultural paranoia of so many science-fiction films of the 1950s. Nick Fury warns Captain America to trust nobody, an admonition that governs most of the action, as loyal S.H.I.E.L.D. agents reveal themselves as villains, and Rogers and his few friends become something like traitors. Steve desperately attempts to discover the truth, identify the good guys, and prevent the killing of some 20 million people.

Despite its vaguely intriguing central point, "Captain America" mostly continues the current dreary cinematic practice of piling on explosions, chases, stuntwork, gunfights, and an impossibly high level of hand-to-hand combat. Steve Rogers and his pal Sam Wilson (Anthony Mackie), a.k.a. the Falcon, swoop all over the place, performing impossible feats of strength and agility, and beating the hell out of their adversaries. Steve throws that famous shield like a lethal Frisbee and in the process destroys automobiles, buildings, airplanes, and just about everything else -- including the movie itself.

Like just about all the other superhero blockbusters and comic book flicks, "Captain America" indicates the sorry state of filmmaking in America and the taste of audiences all over the globe. It provides just the sort of spectacular optical, chemical, and digital effects that movie producers, viewers, and, alas, many reviewers mistake for cinema.

Despite the presence of big names like Samuel L. Jackson and Robert Redford, both of whom acquit themselves adequately, and a sultry (and redheaded) Scarlett Johansson, the directors obviously care very little about acting, which would interfere with the violence and fireworks anyway; the performers can pick up their huge paychecks and forget about all that stuff about technique and movement and internal subtexts and such that they learned in classes: nobody in the audience cares.

The movie grows out of a comic book, after all, a source originally aimed at mostly male 15-year-olds, or in other words, its target audience; sadly, however, a sizeable portion of that audience these days is certainly older than that. Think about what that means for the future of the movies.