Film review: 'Call Me By Your Name' 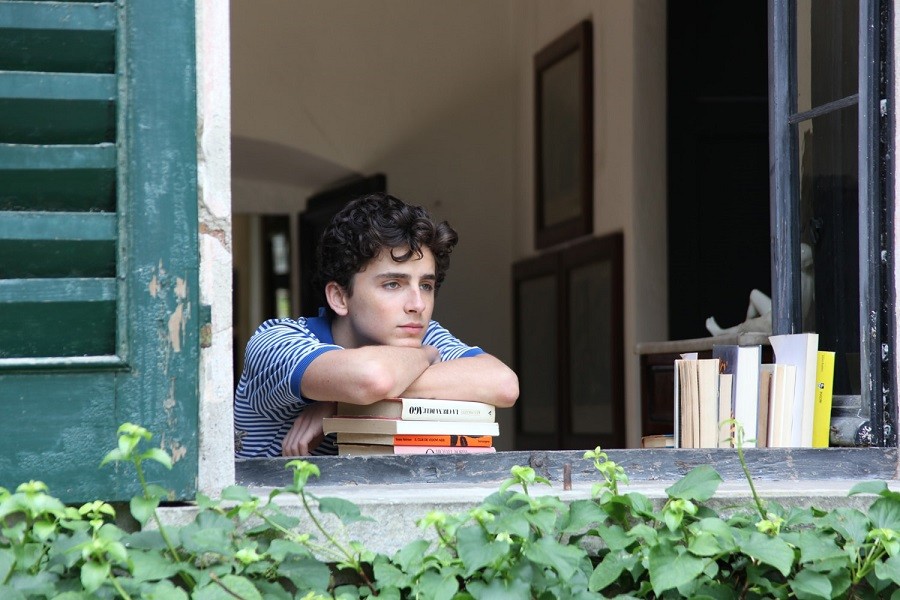 PHOTO COURTESY SONY PICTURES CLASSICS Timothée Chalamet in "Call Me By Your Name."

"Call Me By Your Name"

Arriving like a warm summer breeze to offer a balm for these endless winter days, "Call Me By Your Name" is a generous, vividly-drawn coming-of-age story that captures both the exhilaration and melancholy ache of first love. Directed by Luca Guadagnino ("A Bigger Splash") from a script by the legendary James Ivory -- based on the 2007 novel by André Aciman -- it's one of 2017's most purely pleasurable films.

Elio spends holidays with his father (Michael Stuhlbarg) and mother (Amira Casar) at the villa vacation home they own in Northern Italy. Each summer, Elio's father, a professor of Greco-Roman culture, welcomes a new graduate student to assist with his research, inviting them to live with the family for six weeks. This year's intern is Oliver (a terrific Armie Hammer), a strapping, movie star handsome, 24-year-old American. Golden boy Oliver appears to be everything Elio is not: gregarious and naturally confidant in a way that leaves the teen annoyed and irrationally resentful, but also undeniably attracted to him.

As Elio realizes exactly what he wants, he feels some shame in desiring it so much. He also already has an on-and-off-again girlfriend, Marzia (Esther Garrel), but as much as he enjoys being with her, he's drawn in Oliver in a much different way.

The film becomes a study of behavior and interaction as we watch Elio and Oliver flirtatiously circle one another, sizing each other up and waiting to see when or if the other will make their move. It takes Elio some time to express his desires out loud; by the time either do anything about it the feeling is bittersweet, and all the more meaningful because of the knowledge that their time together is fleeting.

The Perlmans are a family of privileged academics, and the film uses their world to its advantage. There are languorous days spent lounging in the sun discussing music and art, late afternoon swims with breaks for fresh-squeezed apricot juice, bike rides into town, and al fresco dinners under the trees. The atmosphere couldn't be more conducive to a blossoming summer love.

Guadagnino is the most sensual of filmmakers, creating stories that one feels able to touch, taste, and even smell. Its characters are constantly making physical contact; caressing, grazing, running their hands over their surroundings, and often each other. With every lingering glance, the filmmaker keeps us attuned to the hidden emotions and desires underneath. We sense Elio and Oliver's need to savor their every moment together.

The film isn't exactly explicit, and it's drawn some criticism from some quarters of the gay community for lacking a more full-bodied exploration of first love, though it suits the sort of story Guadagnino is telling. It's also the rare gay love story where the characters face no fraught coming out confessions or outright discrimination. Everyone is free to pursue their bliss, and no one is left traumatized for it.

Its idyllic nature is deliberate, the love story at its center is the type of experience one looks back on in their later years, sometimes with smile and sometimes through tears. It's formative experience for Elio, molding and shaping the person he'll eventually grow to become. Despite any pain he feels in the moment, it's clear he has no regrets. He discovers something about himself and the pleasures, joy, and inevitable heartbreaks that await him in life. The film's wisdom and kindness about such matters are fully expressed by Elio's father, in pitch-perfect monologue delivered late in the film.

Chalamet delivers a remarkable performance for someone still so early in their career. The fact that he's already given memorable performances in 2017 alone (in "Lady Bird" and "Hostiles," respectively) makes it plain to see there's a lot more to come from the young actor. It's a less showy performance than a lot of others in this year's awards conversation, but it does get a wonderful showcase in the film's emotional final shot, when we witness Elio's realization that the end of one narrative is just the beginning his own, as he takes his first steps forward into a life that's open and full of endless possibility.