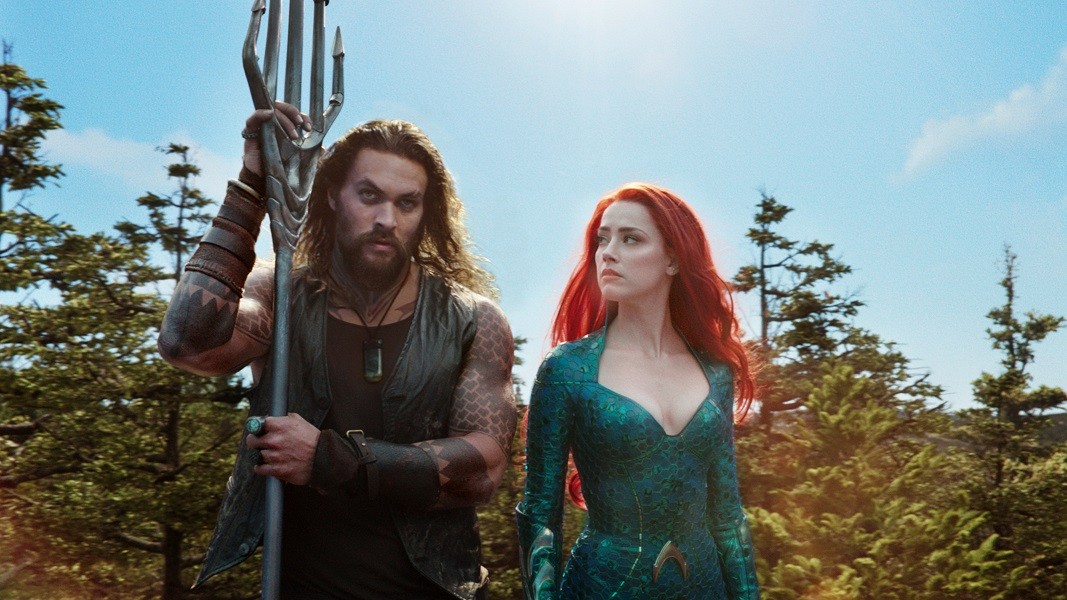 The most crucial decision Wan makes is leaning into the inherent silliness of the hero, and he fills his film to the brim with ridiculous sights. Among them: a drumming octopus, Jason Momoa's Aquaman riding a giant armored seahorse, underwater laser battles, sharks that roar, a gargantuan sea monster voiced by Julie Andrews, and flying wine knives. "Aquaman" is nearing "Flash Gordon" levels of goofiness, and Wan's actors -- from Jason Moma to Nicole Kidman and Willem Dafoe -- are fully on board with the lunacy.

At the story's center is Arthur Curry (Momoa), the half-human, half-Atlantean prince born to a lighthouse keeper (Temuera Morrison) and the queen of Atlantis (Nicole Kidman). Arthur is raised as a human, despite possessing some unexplainable abilities that make him a bit of an outcast as a child. The film provides his origin story as Arthur first learns that he is the heir to the underwater kingdom of Atlantis.

Learning his true identity, Arthur teams up with and learns the ropes from Mera (Amber Heard), a fellow Atlantean who possess the ability to control water with her mind (it's thanks to her we get those sweet wine knives). Meanwhile Arthur's half-brother Orm (Patrick Wilson) has villainous intentions to wage war on the land dwellers as revenge for destroying the oceans. Arthur and Orm are soon battling it out for control of the undersea kingdom.

As much fun as the film is, it's still rather bloated, running an unwieldy two-and-a-half hours. During this time Wan packs in enough plot to fill two movies, including finding time for a few confrontations with classic Aquaman nemesis Black Manta (Yahya Abdul-Mateen II), a pirate seeking revenge on Aquaman for causing the death of his father.

But Wan has a gift for well-staged, over-the-top action, and even when the film reaches the obligatory CGI-heavy climactic battle, it at least never descends into the ugly, murky mess that every other DC film ("Wonder Woman" included) couldn't escape becoming.

Throughout, "Aquaman" maintains a level of eye-popping visuals and crazy spectacle that always keeps things interesting. Seeking to differentiate his film from the dour tone and muted colors that's become DC house style, Wan and his team run in the total opposite direction. The psychedelic production design fills the frame with as much color as possible -- even in a simple shot of the ocean, Wan (working with cinematographer Don Burgess) can't resist tossing in a rainbow for good measure. Combined with an easy-on-the-eyes cast led by Momoa, the director ensures that there's always something pretty to look at.