Film review: 'Ant-Man and the Wasp' 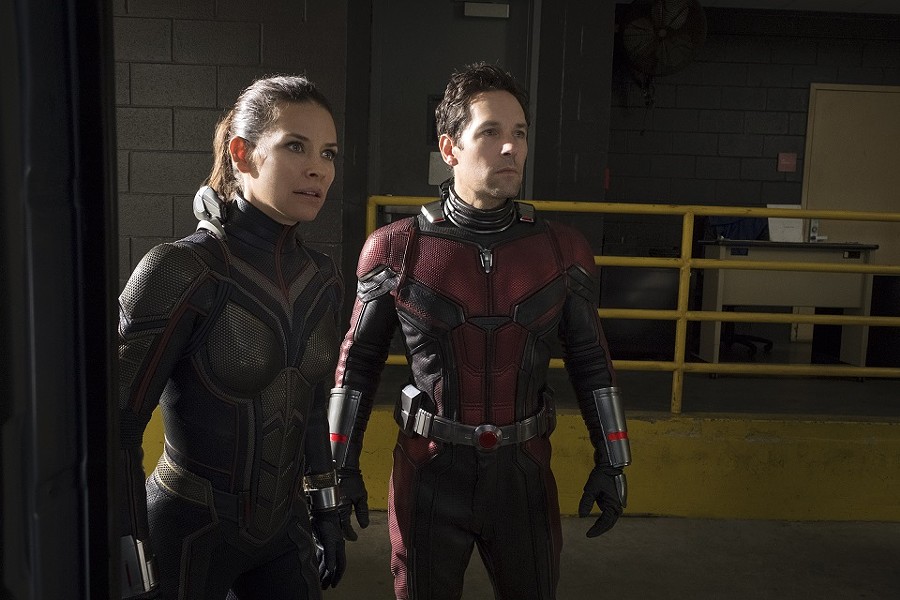 "Ant-Man and the Wasp"

The first "Ant-Man" movie arrived in theaters amidst a wave of skepticism after behind-the-scenes shake-ups resulted in director Edgar Wright being unceremoniously replaced during production. The speculation around how much of Wright's original vision made it to the screen, and what could have been, threatened to overwhelm the film upon its release in 2015. That the film managed to overcome that conversation to be a modest critical and box office success was a minor miracle.

Thankfully its follow-up has no such hurdles to surmount, and you can practically feel the weight lifted off the shoulders of returning director Peyton Reed. Like the first film, "Ant-Man and the Wasp" is a breezy, summer escapism, and I'm glad there remains space for a fun, small-scale caper like this amid the ever-growing bombast of the rest of the Marvel Cinematic Universe.

"Ant-Man and the Wasp" takes place before the events of "Avengers: Infinity War." Without the need to address the catastrophic cliffhanger that closed that film, Reed is free to indulge in the goofier aspects of the "Ant-Man" mythos, and there's a loose, laid-back tone to the film that makes it a joy to watch.

As the film begins, Scott Lang, aka Ant-Man (Paul Rudd) is under house arrest after the events of "Captain America: Civil War," and his rogue actions there have left him somewhat estranged from Dr. Hank Pym (Michael Douglas) and Pym's daughter Hope van Dyne (Evangeline Lilly), with whom he's had barely any contact since. But when Scott experiences a strange vision of Hope's long-lost mother, Janet (Michelle Pfeiffer), he's drawn into their efforts to rescue Janet from the Quantum Realm, where she's been stranded for decades.

Standing in their way are some individuals desperate to get their hands on Hank's nanotechnology, including slimy black market dealer Sonny Burch (Walton Goggins), and Ghost (Hannah John-Kamen), a young woman whose exposure to the Quantum Realm as a child left her with the ability to phase through solid objects. It would be a pretty nifty skill, except that she can't control that power, and it causes her unbearable daily pain. Her plotline is slightly underdeveloped, but the fact that Ghost doesn't want to destroy or take over the world, and just wants a cure nicely changes up the Marvel villain formula.

Left free to veer from the straight man role he played in the first film, Rudd gets to unleash his comedic prowess and gift for physical comedy. He remains an affable hero, and he's particularly good during scenes involving Scott's sweet relationship with his young daughter Cassie (Abby Ryder Fortson).

After frustratingly not giving Evangeline Lilly's character a super-suit until literally the last minutes of the first film, the sequel wastes little time getting her in on the action. This time around Scott mostly plays sidekick to Hope, and their dynamic is one of the best parts of the film. Plus it's nice to see an actress as versatile and charismatic as Lilly get to take the lead for a change.

"Ant-Man and the Wasp" comes loaded with clever gags and inventive size-shifting action; the concept of big things getting small and small things getting big proves a fruitful well for the filmmakers to draw from. Everything from Pez dispensers and salt shakers become weapons, and then there's Hank's lab, which can be shrunk down to travel size, complete with convenient attached luggage handle. There's also a pretty great running gag where Scott's malfunctioning suit alters his size at the most inopportune moments. The script (credited to five writers, including Rudd) supports the action with some larger thematic ideas of making amends for past mistakes, but for the most part it's all in good fun.

Filling in Hank and Janet's backstory, we also get several flashbacks utilizing Marvel's patented de-aging digital wizardry, a technique that's only gotten more impressive since it first showed up in "Civil War." This time the effect is used it on actors -- including Douglas, Pfeiffer, and Laurence Fishburne as Hank's former business associate --who've been acting long enough for audiences to actually remember what they looked like 30 years ago, and the results are still flawless.

Returning as Scott's former cellmate-turned-friend-turned business partner Luis, Michael Peña gets another opportunity to steal this movie, much like he did the first. His rambling monologue while doped up on truth serum is a masterpiece of comic delivery.

Keeping the stakes of the film so small also makes the lighter tone a smidge more successful than "Thor: Ragnarok," which made it hard to be too concerned about the apocalypse when its own characters didn't seem to take it seriously. Here, the brightness and levity make for a refreshing palate cleanser after the epic seriousness of "Avengers: Infinity War." That film didn't have much time for the smaller, character-driven moments that Marvel Studios films excel at, and as much as I enjoyed "Infinity War," I'm hoping that the conclusion of part two (coming May 2019) means a return the small pleasures that movies that "Ant-Man and the Wasp" deliver so well.