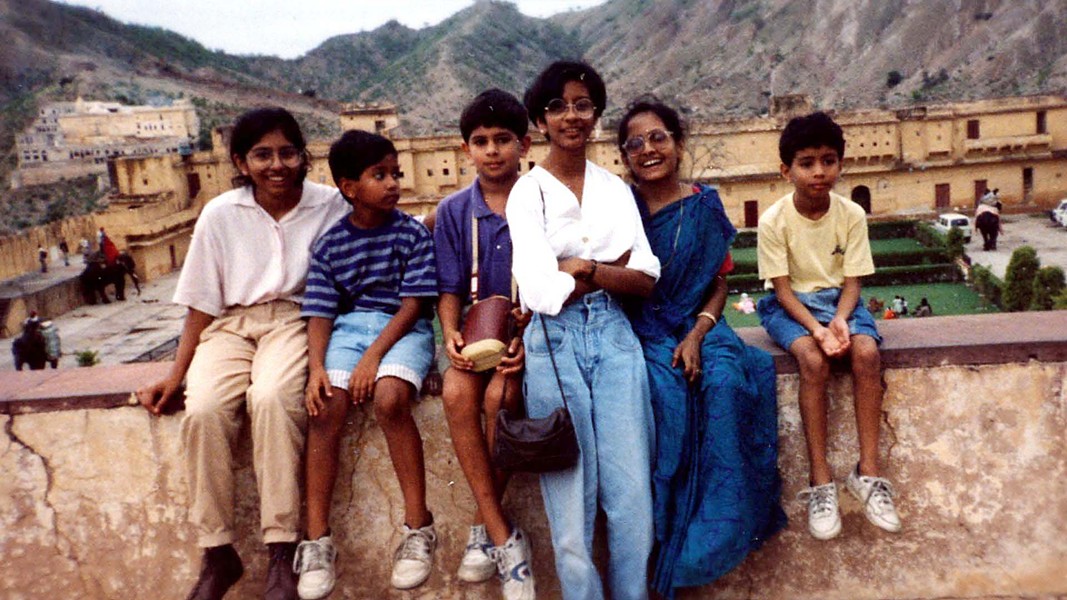 An early photo of the Dinesh children, as seen in "Unbroken Glass."

The Reel Mind series, which seeks to do away with the stigma surrounding mental illness and provide a message of hope through art and film, starts off Tuesday with the powerful "Unbroken Glass," from director Dinesh Das Sabu. Orphaned at only 6, Sabu was left with little memory of his parents while they were alive. What he does know doesn't paint a happy picture: his father was abusive and died of stomach cancer, and his mother was schizophrenic and committed suicide shortly after her husband's death. By filling in the details, Sabu hopes to better understand them and overcome his feelings of anger and resentment.

Sabu begins a personal journey, looking back with his four siblings -- two sisters and two brothers -- and making a visit to his extended family in India. Through photo albums and conversation, he attempts to piece together a part of his family's history he was too young to understand while it was happening, and confront his family's legacy of mental illness and what it means for his own battles with depression. Sabu will be in attendance at the screening for a Q&A following the film.

The Reel Mind series continues with bi-weekly installments, concluding with a short film program and art show on June 20. Tickets are $28 for the series or $8 for individual films and are available online or in person at NAMI-Rochester (320 North Goodman Street). More info at reelmindfilmfest.org.