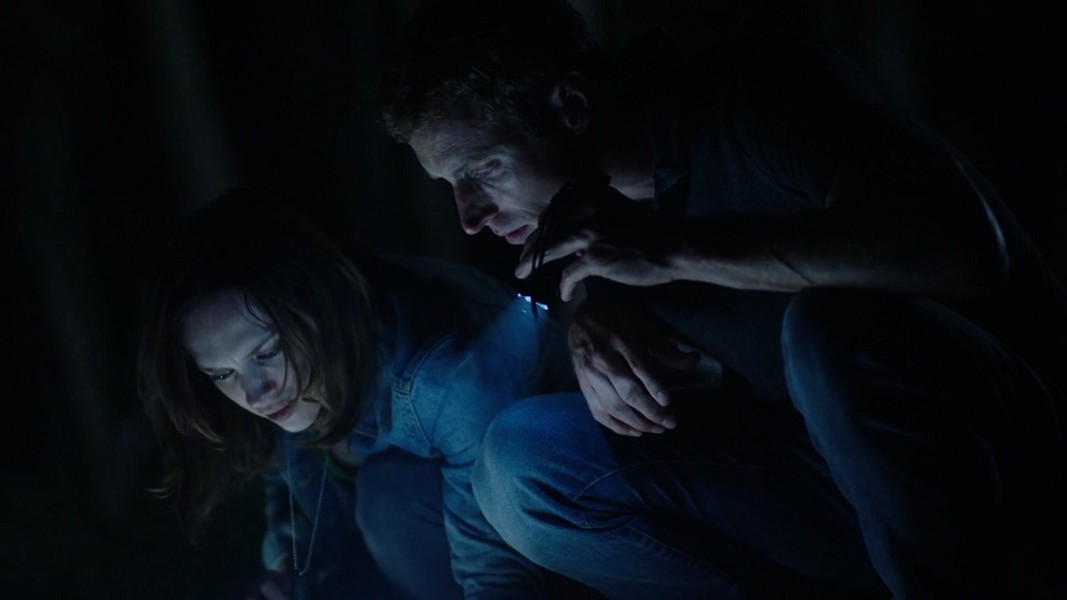 Taking inspiration from the world of puzzles, mysteries, and the problem-solving thrills of escape rooms, the entertaining new indie adventure film "Solver" was shot over the summer of 2016 in Greater Rochester locations, including Honeoye Falls and Mendon.

Writer-producer Jack Kelley, a Mendon native, describes the film as "National Treasure" or "The Da Vinci Code" on a micro-budget scale, explaining that the types of codes and puzzles depicted in those films have always held a special place in his imagination.

"When I think about the idea of a lost treasure, I get this tingle up my spine," he says. "And when you know somebody put time into designing clues that need to be figured out, there's something so exciting about the combination of emotional excitement and the intellectual engagement of trying to solve that puzzle."

Though Kelley now lives in Los Angeles, he spent ten years in New York City, toiling in finance and commercial real estate before deciding to redirect his energies and focus on his longtime passion for filmmaking and writing. Spurred on by receiving an award for one of his early screenplays, Kelley in 2014 founded a production company, Empire Builder Productions, with his friend and creative partner, John Ruby. Together they came up with the story for "Solver," the company's first feature.

The film follows Luke (played by Ruby), a young professional who returns to his hometown after his grandfather vanishes under mysterious circumstances. Visiting his grandfather's cabin, Luke reunites with a childhood acquaintance (Kerry Knuppe) and gradually uncovers a trail of clues that lead to a global conspiracy with ties to the infamous, top secret CIA mind control experiment, MKUltra.

Like the inventive contraptions that fuel its plot, the film maintains a pleasingly handcrafted feel. Kelley talks enthusiastically about the process of creating the film's many puzzles and devices, which he proudly notes were designed as practical effects, and really work. That attention to detail is reflected on screen, supported by strong performances and some striking rural New York cinematography.

But for all its mysteries and treasure hunting thrills, "Solver" at its heart is a story grounded in the idea of finding one's roots, a theme Kelley says made the project perfect for filming in his former hometown.

"I wanted to bring it back to an environment that resonated with me emotionally. I wrote what I knew," Kelly says. "I know New York City and I know Upstate New York, and the dichotomy between those felt symbolic of the evolution Luke goes through."

Along with director Xandy Smith, Kelley and Ruby set about finding talented local crew members to incorporate into the L.A.-based crew they'd brought with them, making the production a truly collaborative process. Kelley is thrilled with the results of those efforts, and hopes that "Solver" is just part of a growing trend that finds more films making the choice to shoot in the area.

"I'm proud of what we accomplished, and happy that we were able to make it in Rochester," he says. "I'm hopeful and inspired by the idea that more films could come to Upstate New York, and that the birthplace of film could again become a place that's known for cinema and movie-making."

"Solver" will premiere on Friday, January 12, 6:30 p.m. at the Little Theatre (240 East Avenue), and will screen again at 3:30 p.m. on Sunday, January 14 at the Cinema Theater (957 South Clinton Avenue). Kelley will be in attendance to participate in a Q&A following both screenings. The film will also be released on iTunes and Amazon on January 23, just in time for National Puzzle Day.

Grab a few drinks and schmooze with other local filmmakers when the Rochester Association for Film Arts and Sciences (RAFAS) holds their monthly networking event on Thursday, January 11, from 6:30 to 9 p.m. at The Toasted Bear Tavern & Grill (689 South Avenue). rafasny.org.

On Monday, January 15, the Visual Studies Workshop (31 Prince Street) pays tribute to Martin Luther King Jr. with a program of short films, headlined by the premiere of "Train of Thought," a video installation from VSW grad Rashaad Parker, with live music from the Ryan Johnson Project. 5 to 7 p.m. $5 suggested donation. vsw.org.

Find out what's brewing in the local non-fiction filmmaking scene during the year's first monthly meeting of the Rochester Documentary Filmmakers Group, on Thursday, January 18, at 5 p.m. at the Little Theatre (240 East Avenue; thelittle.org).

The Little Theatre and the Rochester Contemporary Art Center team up for a one-night only fundraiser screening of "The Square" on Thursday, January 25, at 7 p.m. Swedish director Ruben Östlund's acclaimed satire of the modern art world, the film is one of only nine films to be shortlisted for the Best Foreign Language Film award at this year's Oscars. Held at the Little. $8-$12.

Throughout the months of January and February, the Dryden Theatre (900 East Avenue) is showcasing "90 Years of Academy Awards" with a film series screening cinema classics -- from "Ben-Hur" to "Unforgiven" -- on 35mm prints taken the museum's extensive collection. $5-$10. eastman.org/dryden-theatre.

On Monday, January 29, the Empire Film Music Ensemble presents "The Music of Bernard Herrmann," a free concert highlighting work by the musical genius known for his collaborations with director Alfred Hitchcock, among many others. The concert will be held in Kilbourn Hall at the Eastman School of Music (26 Gibbs Street; esm.rochester.edu). empirefilmmusicensemble.org.

Have information about an upcoming film event or screening? Send details to adam.lubitow@gmail.com.