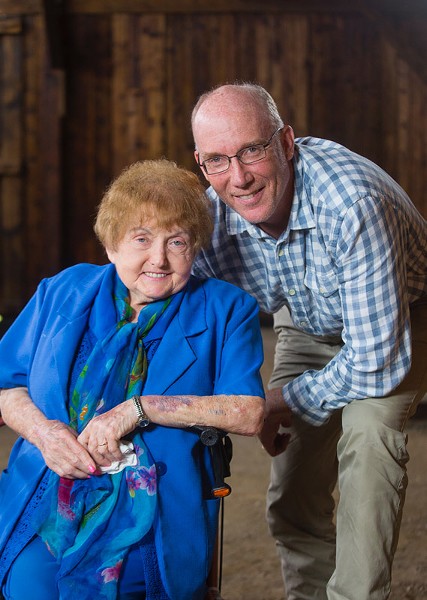 Earlier this month we passed the 75th anniversary of D-Day, the pivotal Allied victory during World War II. Surrounding worldwide commemorations were discussions of the importance of recording memories directly from those who lived through that time, before those voices are lost to history. For decades there have been many efforts to obtain and preserve the stories of soldiers, citizens, and survivors. In his documentary "EVA: A-7063," filmmaker Ted Green recounts the story of Auschwitz survivor and international spokeswoman Eva Mozes Kor. She and her twin sister Miriam were at the age of 10 subjected to experiments by Nazi doctor Josef Mengele. Narrated by Ed Asner, the film follows not only her struggle for survival but her post-liberation journey through trauma toward healing. This weekend WXXI will present a screening of the film, followed by a discussion with Kor and Green, and a meet and great and book signing.