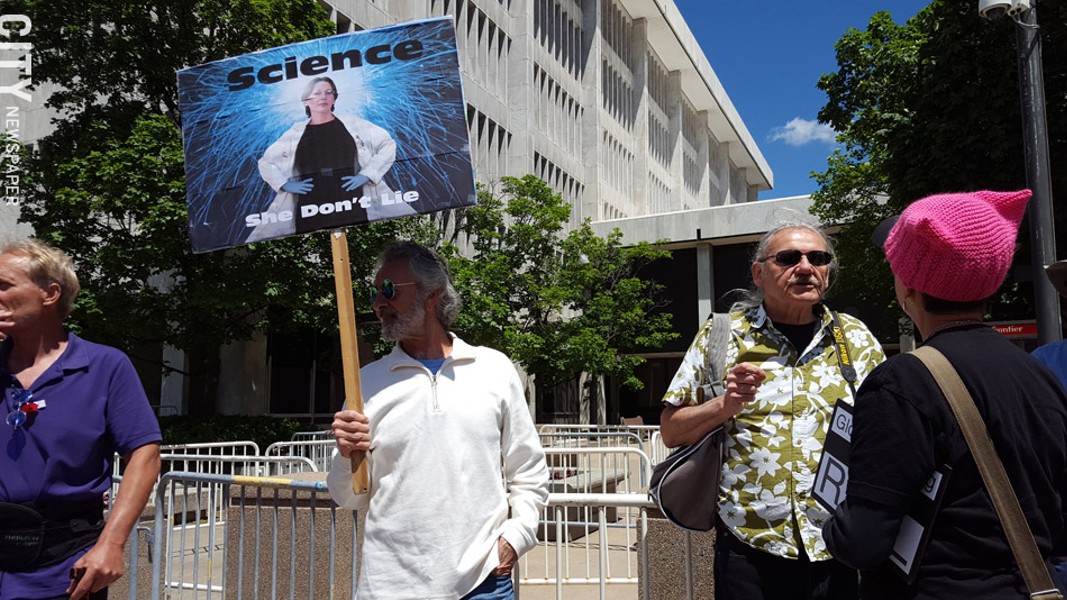 President Donald Trump's declaration that he's pulling the United States out of the Paris climate agreement shouldn't surprise anyone, given his open hostility toward the pact and the scientific facts of climate change.

But that hasn't made his posturing any less aggravating, especially since he just crushed America's chance to lead the rest of the world on climate action.

"I think that message to the rest of the world that the US is not in this is, well, deeply disappointing," says Abigail McHugh-Grifa, co-leader of the Rochester People's Climate Coalition.

Across the country, climate activists, local and state officials, and businesses subsequently vowed to make up for federal inaction on climate change, just as they have been doing for years.

For example, local climate activists and the City of Rochester worked together on strategies to cut government and private sector emission in the city 40 percent by 2030. City Council approved the climate action plan on May 23.

Local clean energy advocate Susan Spencer founded ROCSPOT in 2015 to help boost the amount of solar installed on homes in the city and to provide city residents with greater access to solar electricity. Trump's move sends the wrong message, she says, but it also shows the importance of building a clean energy economy from the ground up.

"Companies like ROCspot, we are now going to be the leaders," Spencer says.

Also in response to Trump's action, Governor Andrew Cuomo pledged to speed up $1.5 billion in state investments meant to bolster renewables and related job training. He also joined with the governors of California and Washington to form a coalition of states committed to meeting – and likely exceeding – US commitments under the Paris agreement.

And Mayor Lovely Warren was one of 211 mayors from across the country that pledged to work toward the Paris agreement's goals.