Feedback 2/12/20: Postcards as activism, PAB appointee is deserving, Romney is no hero

Thank you for your article on Postcard Fridays (“Postcards from the Left ease liberals on the edge,” January 29). I am proud to have been a member of the group since early 2017. And, yes, as the article pointed out, gathering with friends and neighbors to write to political and business leaders about public issues helps keep me sane.

Postcard Fridays is much more than therapy for liberals, however. The positions we have suggested on issues such as foreign interference in our elections, war making powers, the border wall, tariffs, and online privacy have broad bipartisan support.
Moreover, we now have a president who treats the Constitution, the law, and the truth with contempt. As a result, Americans across the political spectrum, including conservatives, fear for the future of our democracy.

As the abolitionist Wendell Phillips observed, “Eternal vigilance is the price of liberty.” The members of Postcard Fridays are being vigilant.

We at Postcard Fridays are not naive. We understand that influencing American legislators and elections is highly-pyramidal. The most important thing is to have money, lots of it.

Participation in demonstrations is important, too. But it is either so rare, as is the case locally, or so common, like a march in Washington nearly every weekend, that the effect is measured.

Individual action such as visiting legislators and writing editorial page opinion pieces are, by necessity, infrequent or geared to narrow topics.

Long form letters are handled differently in Washington. They go to a central processing facility and are tested for poisons. This delays receipt by weeks, making timely input very difficult.

Making phone calls is effective, but many people feel uncomfortable doing it. It takes time to find the right number, and in high-volume situations it is difficult to get through.

E-mailing, which is probably legislators’ preferred method of communication, is just too sterile. It’s hard to stand out. Also, some legislators do not accept e-mail from zip codes outside of their constituencies.

Some of us are doing all of these things. We donate, belong, call, canvass, organize.
But what if, as now, the issues under attack are wide-ranging? Input and vigilance is needed daily. Well then, a hand written postcard with colored pens, stars, and stickers stands out.

Writing postcards can be done often, and, with luck, an influx of postcards ties up a legislator’s staff member long enough to prompt the legislator to assign more staff to read them all.

Along with many other individuals and organizations, I worked with the Police Accountability Board Alliance to advocate for a civilian oversight group to address the use of excessive force by police officers in Rochester. In an exhaustively researched report, “The Case for an Independent Police Accountability System: Transforming the Civilian Review Process in Rochester, New York,” Barbara Lacker-Ware and Theodore Forsyth presented the community with the facts. From 2002 to 2015, only 2 percent of civilian complaints of unnecessary force were sustained by the chief of police and only 5 percent by the Civilian Review Board; six suspensions were the harshest penalties given; and civil lawsuits cost city taxpayers millions of dollars each year. City residents overwhelmingly approved the creation of the PAB in the November referendum.

Former Monroe County Sheriff’s deputy Gary Pudup objected to Miquel Powell’s appointment to the PAB, concluding that “…there are some acts so heinous that they will exclude one from full participation in society” (“Appointment of felon to PAB is troubling,” Feedback, January 29). This is no doubt true in some cases, when individuals are unable to function safely in that society. Still, men and women are able to change their lives after incarceration. Mr. Powell served his sentence, completed parole, expressed remorse and significantly reformed his life. He is a parent and a professional contributing to the community in positive ways.

Our society provides innumerable ways to continue to penalize former offenders, including discrimination in housing and employment, marginalization, reincarceration for technical parole violations, and condemnation with the label of “felon.” What is needed is greater opportunity to develop the vocational, social, and emotional skills that allow people to reenter the community as contributing members. Mr. Powell brings an experience and perspective to the PAB that others may not have. Let us encourage his participation. 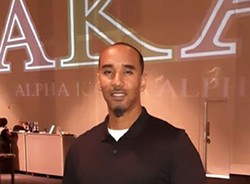 I feel compelled to respond to Gary Pudup’s letter regarding Miquel Powell’s appointment to the PAB. People who know Miquel cannot help but admire his kindness, commitment, perseverance, and initiative.

His Reentry and Community Development Center on North Street demonstrates just that. The organization supports formerly incarcerated people, who are often overwhelmed and destitute, re-entering society. The criticism also dismisses the due diligence of those who nominated him, the Police Accountability Board Alliance team, who rigorously interviewed candidates, and the Rochester City Council, who ratified his selection.

Miguel was able to not only to survive our broken incarceration system, but to seize opportunities for self-reflection, education, and ultimately, give back. Miguel’s life is an example of how rehabilitation is supposed to work. Every formerly incarcerated individual who demonstrates this type of initiative should be assumed to be capable to succeed and afforded opportunities to do so.

Regarding former Monroe County Sheriff’s deputy Gary Pudup’s thoughts on the appointment of Miquel Powell to the Police Accountability Board, everyone can reform and deserves a second chance. Mr. Powell served his time for his crime and was released. People can and do change. He has just as much right today as anyone else to do what he believes in and participate on the PAB board.

Romney is no hero

In voting to convict President Donald Trump of abuse of power, Mitt Romney became the first senator in history to vote to remove a president from his own party in an impeachment trial.

The TV news pundits described the speech he gave prior to his vote as “emotional” and labeled him a hero. What baloney! What Romney had was vengeance toward a president he hates for dissing him and not choosing him as secretary of state.

As a Democrat and a staunch Trump disdainer, I was thrilled with Romney’s vote. But give me a break. He was not heroic. What silliness. I’m getting so tired of the drama on both sides.