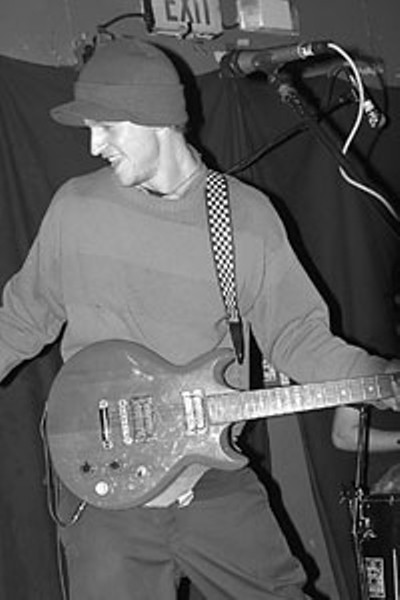 Not a weekend warrior to be found in the joint as The Sex Slaves, Ex-Lion Tamer, and Grime Time played the Bug Jar last Thursday night for the faithful.

NYC-by-way-of-Israel outfit Ex-Lion Tamer plays disjointed, uncomfortable music that sounded like a fractured interpretation of what perhaps they originally intended it to be. "OK, here's a tune, here's the hook, the beginning, the middle, the end, now let's screw it up." It was like looking at a beautiful vase shattered in pieces on the floor. A loud vase.

Rochester's Grime Time followed, hollering about Gringos. They were fantastic and seemed to be fully wrapped up in what will later come to be known as their smart-ass phase. This three-piece is cocky and energetic and on the verge of getting really good. They were fast and almost tight. They're almost to the intersection where talent collides with heart.

And this is really all I ever wanted out of rock music. It's getting harder and harder to preach positive and describe (without repeating myself) what these bands are doing. Bands like Grime Time are the reason I still enjoy writing about music... and diggin' it live.

East Village leather-clad Lotharios The Sex Slaves closed the ceremony with Stoogy slop and a Bon Jovi shot to the heart. As gross as that may sound, it was pretty cool. The band looked grimy and mean as if they'd stepped off the set of The Warriors as they stepped onto the stage to play-yay in front of their custom made, spinner-hubcap encrusted back line. A few borderline hecklers were converted when The Slaves whipped out some Misfits. Just a reminder kids: A one-man mosh pit is just a tantrum.

Flew to the Rotten Apple over the weekend and shared the flight down with jazz violinist Billy Bang. We talked at length about his new collaboration with Garth Fagan and how it feels to see his jazz interpretation of Vietnam fleshed out on the dance stage. Bang's comin' back, baby. He says he'll be here for the Rochester International Jazz Fest 2006. Can't wait....