PHOTO BY MAX SCHULTE
Some of the mourners who trickled into the Church of Love Faith Center were outfitted in typical funeral attire of black dresses and polished loafers. Others, the ones closest to the late Assembly member David Gantt, who lay in state inside the sanctuary, wore white t-shirts airbrushed with a portrait of the elder statesman.

Inside, they sat in the pews, waving hand fans amid the summer heat, and quietly l istening as dignitaries eulogized Gantt from a video screen hung behind his dark mahogany casket. Speeches were delivered by people from across the political establishment who had brushed up against Gantt during his nearly four decades in the Assembly. 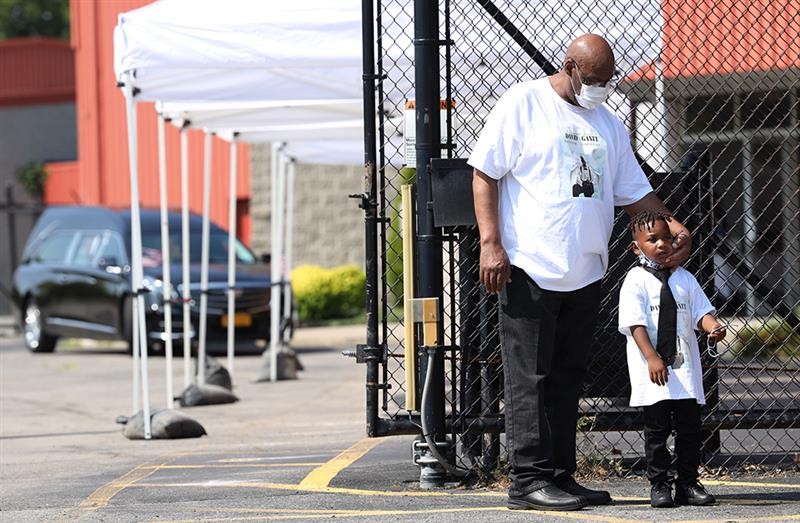 Gantt died last week at the age of 78, leaving behind a nearly unparalleled legacy on local politics that included shepherding in a new generation of Democratic leadership in the greater Rochester community, from City Hall to the County Legislature and the courts.

Among them is Monroe County Legislator Vince Felder.

“David Gantt left behind a great legacy of leaders that will continue to fight for the things he fought for,” Felder said.

Those who came to pay their respects recalled Gantt as a kind man who was ripe with conviction and fiercely advocated for his community. They also remembered his tidbits of fatherly wisdom. Johnson-Byrd recalled Gantt advising her never to take a dollar from anyone, “so you can tell them to shove off if the time comes.”

Terry Youmans, the senior pastor at Church of Love Faith Center, spoke emotionally about Gantt, who was Youmans’s godfather. Youmans said Gantt was a beacon of support and inspiration for him.

“He really wanted to lift people up and make them better,” Youmans said. “To understand him was to know him, and if you understood the passion in his heart for people, you’d know why his fight was so great.”

It was a passion Gantt aimed to share with the people close to him, Youmans said. When Youmans was transitioning into the role of senior pastor, he called Gantt to ask for wisdom.

Gantt offered him a simple and succinct piece of advice.