PHOTO BY DAVID ANDREATTA The Village of Fairport put the historic Potter House up for sale in April 2021. The village owned the home for nearly 80 years, but has had difficulty maintaining it in recent years.
For almost 80 years, Fairport has owned and maintained the historic Potter House, an Italianate orange-brick mansion on West Church Street that for decades served as a public gathering place for dances, Boy Scout meetings, wedding receptions, and other events.

But by the end of the week, village officials are hoping they will have a buyer lined up for the 4,600-square foot landmark.

Fairport officials had been trying to figure out what to do with the Potter House for several years. Interest in the facility as a banquet hall has waned to the point that it averages 15 rentals a year that generate about $2,800 in revenue. Meanwhile, the village spends roughly $25,000 annually maintaining the place and has deferred more than $175,000 in repairs. 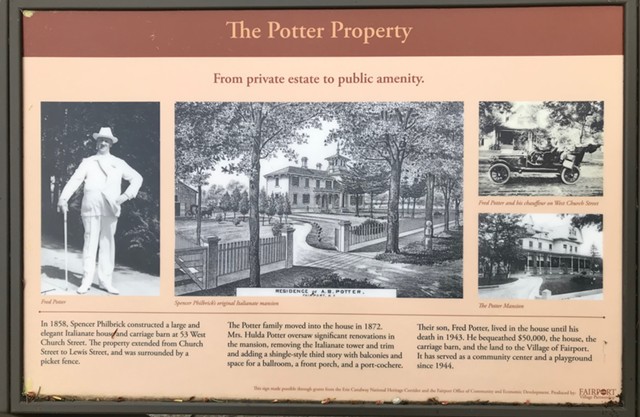 In April, the village moved on a solution when it put the house and its grounds, which includes a carriage house, up for sale. Village Manager Bryan White said the village has received several purchase offers in the neighborhood of the mansion’s $400,000 appraised value.

“Our biggest responsibility here and our biggest desire, really, is to just make sure that it comes back to its original intent and its original beauty and character . . . and making sure that someone's going to care for it and do the restoration appropriately,” White said.

The Potter House was built in 1858 and came into the village’s possession in 1943 when Frederick Potter, a member of one of Fairport’s wealthiest families, left the house and its estate to the village upon his death. In his will, he specified that the village was to use it for a playground, park, or other public purpose and set aside $45,000 to be placed in a fund for the upkeep of the property. That fund was depleted long ago and Potter Memorial Park has since become home to baseball diamonds, tennis courts, a playground, a community garden, and a youth center. The house, though, has languished. To prepare for the potential sale of the mansion, the village in 2016 subdivided the property to split off the nine acres of parkland from the residence.

While the house is habitable — the village had been renting two apartments on the upper floors to tenants until just a few years ago — officials estimate the property needs several hundred thousand dollars worth of repairs and restoration work.

A 2019 engineering report commissioned by the village identified more than $800,000 in repairs and renovations that would be necessary for public use of the building to continue. It flagged problems with the Potter House’s wood siding, electrical wiring, ceilings, wood flooring, and other areas, including a lack of gutters on the roof. 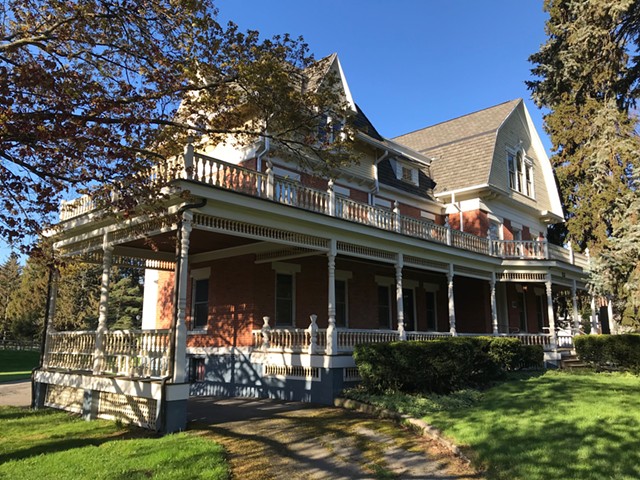 White added that the building also has drainage problems.

“It’s in amazing shape for 170 years old . . . it just doesn’t meet the standards with what people want with electric and plumbing and lighting and textures and walls and everything else," White said. "It’s an undertaking.”

Because the house is a registered historic building, any changes to its exterior will have to be consistent with its era and original character. For example, the engineering report recommended using copper gutters, which are historically accurate but more expensive than aluminum ones that are typical nowadays.

What ultimately becomes of the Potter House will depend on the buyer and other factors. The residence is zoned for single-family use, but White advised village trustees at a meeting in April that they should be ready to discuss a possible change in classification.

White explained that many of the potential buyers want to redevelop the mansion as multi-family housing, which he said they see as their best bet to get a good return on investment. Others have eyed it for a bed and breakfast.

Like every property, the Potter House has its quirks. 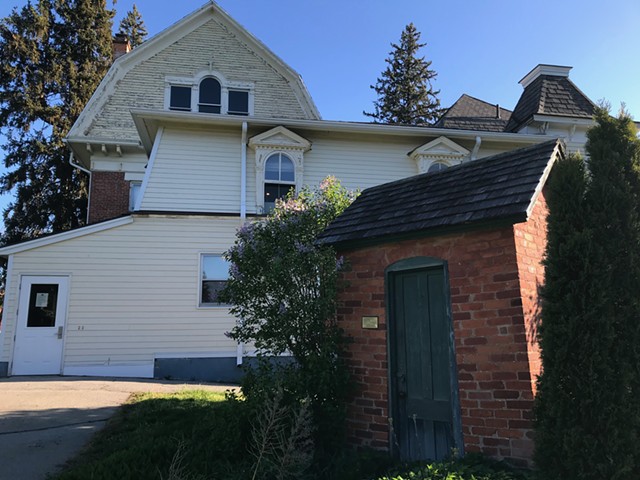 In this case, the quirk is in the form of a restored historic brick outhouse at the rear of the property that is a matter of civic pride and serves as a conversation piece.

At the village board meeting last month, the consensus among trustees was that the structure, which was donated to the Perinton Historical Society Arnold and Anne Smeenk in 1999 and placed at the Potter House a year later, should be moved to a publicly-accessible location.

“I think we need to make sure that that structure stays on village property and not on the private,” Trustee Mike Folino said.

Mayor Julie Domaratz suggested the outhouse be moved to the historical society’s museum, if room allowed, or put somewhere in Potter Park where it can be showcased and kept safe and in good repair by village workers.

“It’s a part of our history,” Domaratz said.