April 08, 2020
Whether it was a concert, a vacation, the basketball season, or any other number of things, we’ve all seen events we awaited with excitement come to a halt as a result of the COVID-19 outbreak.

For me, it was the opening of Faircraft BrauHaus in Fairport. The German-style brewpub is located on Parce Avenue in Fairport, in the same industrial strip as Iron Smoke Whiskey and Triphammer Bierwerks. Its outdoor beer garden and focus on a mix of traditional lagers had my beer nerd senses tingling.

Businesses tap into Fairport's food heritage
The Village of Fairport has a history of food manufacturing, and the brewery is one of several small businesses that are re-envisioning and rekindling that past.
By Jeremy Moule
News
Faircraft was set to open on May 9. But the coronavirus had other plans, and that opening has since been postponed indefinitely.

Owner Matt West assured me the brewery was still very much alive and will be well worth the wait. “You can always come and experience a couple classics, like an American IPA or some sort of ale, then have the classic European styles, the lagers, stouts, the helles,” West said. 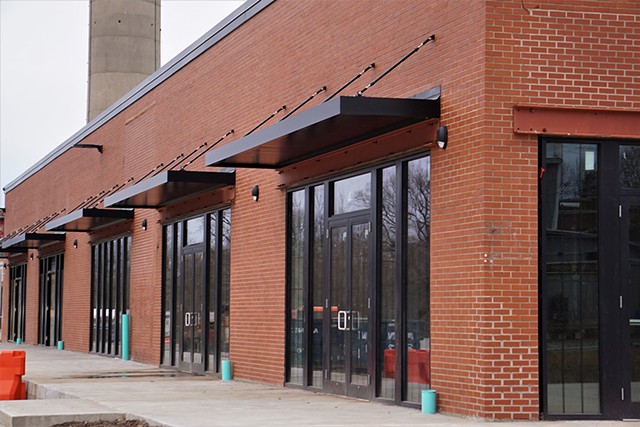 The brewing at Faircraft is to be headed by Steve Landgren, formerly of the Genesee Pilot Brewery and a co-founder of the Fairport brewery.

“He’s won all sorts of awards and gotten a lot of recognition,” West said.

Landgren will be brewing on a modest 3.5 barrel brewhouse at Faircraft when production begins. West emphasized that small batch production and a healthy stockpile of nine fermenters will ensure Faircraft has a healthy supply of mainstays and experiments in constant rotation. Faircraft plans to feature nine to 12 beers on tap.

Like most things in the current climate, when Faircraft will open is up in the air. West is considering options for a soft opening as a takeout joint while breweries and restaurants are barred from operating as usual, pending licensing.

“We will catch up after this,” West said. “It’s unfortunate, but after every downswing there is an upswing. The brewing scene is really a great community, it’s very collaborative, it’s been very supportive of us.”