Last summer, Rochester morning radio show host Brother Wease was hungry during a commercial break. In the refrigerator he found a packaged sleeve of cookies, and without much thought, he devoured five of them and went back on the air.

Wease recalled that about an hour later, in the middle of the show, he started feeling “dizzy and a bit nutty.” He had unwittingly eaten cannabis cookies and ingested 50 milligrams of THC — between five and 10 times the recommended dose.

Wease was no stranger to edibles. But he’d gone too far. He described his state as “comatose, a bad trip, and a buzz that lasted 24 hours.” It was so bad, he recalled, that his wife had to put him to bed. “I was out of my mind,” he said.

The longtime voice of Rochester radio was caught unaware, but even people intending to consume cannabis edibles can make mistakes. Stories of overindulgence — often by people who are eager for a high or don’t know what they’re supposed to feel — abound. That single-serving square of cannabis chocolate becomes four. The few gummies become a handful.

New York has just legalized recreational cannabis, including THC-infused edibles, and the likelihood is that adults who’ve never sampled will dabble. A 2016 nationwide study found that nearly 30 percent of respondents who had used cannabis reported consuming it in edible or beverage form.

But beware, newbies. Edibles are deceptive and a lack of knowledge about them can lead to a bad, if not terrifying, experience. A fatal overdose of THC is unlikely, but the Centers for Disease Control and Prevention advises that a consuming too much THC can lead to “extreme confusion, anxiety, paranoia, panic, fast heart rate, delusions or hallucinations, increased blood pressure, and severe nausea or vomiting.”

Yikes! Here are some tips for eating edibles and avoiding that bad trip.

It is so easy to ingest too much THC from edibles that the topic has become the subject of numerous medical research papers in recent years.

Each goes off on its own tangent of the topic, but they all start from the same premise: The biggest difference between ingesting and inhaling cannabis is that eating the drug delays its onset.

In other words, you don’t feel as high as quickly.

“Consumers often do not understand this aspect of edible use and may consume a greater than intended amount of drug before the drug has taken effect, often resulting in profoundly adverse effects,” wrote the authors of a 2016 paper titled “Tasty THC: Promises and Challenges of Cannabis Edibles.”

The consequences can be serious.

Researchers from the University of Colorado School of Medicine found that marijuana-related emergency room visits increased threefold over a four-year period that included Colorado legalizing pot. Of the almost 10,000 cases they reviewed, 11 percent involved edibles.

The report looked at ER admissions from 2012, when the state had only a medical cannabis program, through the end of 2016, two years after the state began legal sales of marijuana for adult use. It noted that out-of-state tourists accounted for a disproportionate number of edibles cases.

“It's not because people are seriously injured, it's because they're new and they took way too much, and they don't know what's happening,” said Johnathan McFarlane of Hybrid Marketing Co., a Denver-based cannabis marketing firm.

“They don't know what to do. So the doctors are basically just like, ‘You're just gonna have to hang out.’”

Many people consume cannabis edibles without understanding how they behave in the body. It takes longer for the THC in edibles to kick in (typically between 30 and 90 minutes), and the resulting “high” is longer-lasting, with a peak at two to four hours after ingestion. By contrast, when weed is smoked or vaped the high hits quickly and peaks within 30 minutes to an hour.

“Give yourself at least two hours before you consider taking any more, because sometimes it will take that long for the effects to be felt at all,” MacFarlane said.

Many individual factors, including weight, metabolism, and eating habits contribute to how soon and for how long a person will feel high. If you’ve had a big meal recently, for example, it may take longer for your body to metabolize the THC. 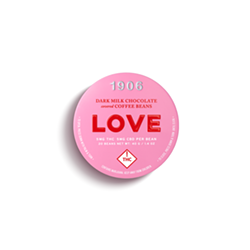 After Colorado saw a spike in hospital admissions from THC, the state mandated that edibles' labels contain a prominent diamond-shaped “THC” symbol to let buyers know that’s not their grandfather’s Snickers bar they’re picking up. The labels must also outline the dosage of THC and its intoxicating effects.

New York appears to have taken a lesson from Colorado’s experience. The legislation that worked its way through Albany to legalize recreational pot tightly regulates testing of all cannabis products sold in New York and their packaging, labeling, and advertising.

When the sale of cannabis was cleared for recreational use in Colorado in 2014, the state limited the amount of THC in edible products to 10 mg per serving — roughly equivalent to smoking a joint — and a maximum of 10 servings per package.

Because edibles come in cookie and candy forms that are attractive to children, they have to be sold in opaque, childproof containers that explicitly warn that the product contains marijuana (as well as how much THC is in each serving). Colorado also banned retailers from adding weed infusions to a premade food item, such as a name-brand candy bar.

Because marijuana remains illegal at the federal level, its sale and use is regulated on a state-by-state basis, and those rules vary dramatically.

As a result, the edibles sold at medical and recreational dispensaries don’t face the same stringent federal controls on quality and consistency as pharmaceuticals, alcohol, and tobacco.

There’s no uniform method of producing THC infusions, either. As many of the compounds are eliminated in the process to make oils and butters, edibles may contain high amounts of THC and only a fraction of the plant’s other constituents, according to “Tasty THC.”

Zachary York, inventory manager at Colorado dispensary Lightshade, said the highs cannabis users associate with certain strains of cannabis often don’t translate to edibles. The components of the plant that create the expected effect, he said, are sometimes stripped from the THC distillate used in edibles.

In other words, if a package indicates an edible was made with, say, an indica strain of weed, there’s no guarantee that the consumer will experience the same high she might expect from smoking that strain.

“There is still a lot of progress to be made in terms of our understanding,” York said, adding that legalization opponents may latch onto that, but it shouldn’t scare people off. “We just need many scientifically-repeatable experiments and studies to really nail down the best edible formulation.”

Many people do have a nice time on edibles, and if you’re aiming for a controlled experience, patience is key. People who work in the pot industry all repeat the catch phrase, “start low and go slow,” as the best advice to give a person concerning edibles.

So what should you do if you get too baked?

“Get comfortable, drink water, and know that you are safe,” York said. “Shower, experience things. If you're uncomfortably high, put on music, or put on a TV show, do some activity to distract you. Your high mind will start gravitating to those positives and absorbing them.”

Rebecca Rafferty is CITY’s life editor. She can be reached at becca@rochester-citynews.com. Additional reporting by CITY freelance writer Vince Press.