Exhibit Review: "The Art of Video Games" at Everson Museum

How do I jump?

"The Art of Video Games"

Are video games art? Noted film critic Roger Ebert went on record firmly saying no, they aren't. But if you are among the Entertainment Software Association's estimated 58 percent of Americans who play games, you might disagree with Ebert's stance on the matter.

"The Art of Video Games," curated by Chris Melissinos, founder of Past Pixels, for The Smithsonian American Art Museum, is a traveling exhibit that attempts to get to the core of gaming and raise and answer questions surrounding the history and growth of gaming as an interactive art form. 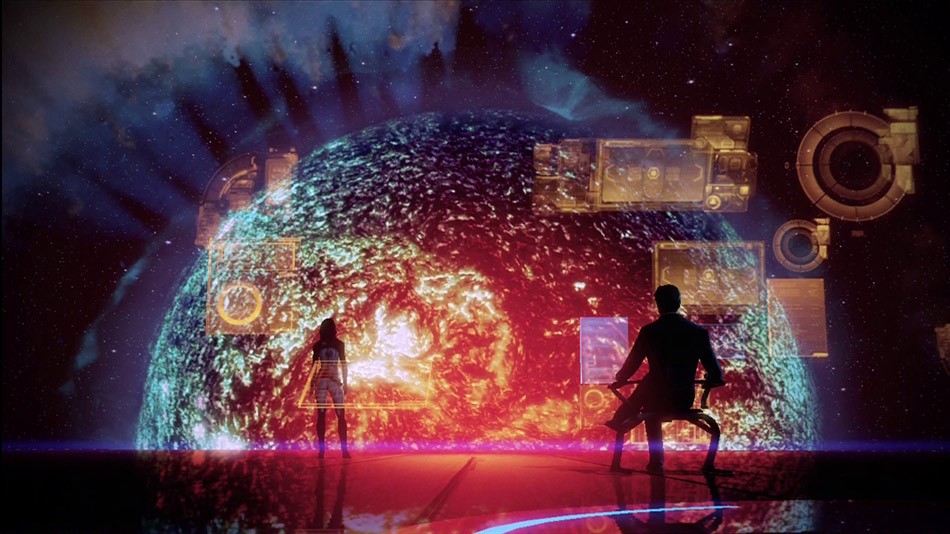 The bulk of the exhibit is experienced through short videos that accompany a walkable timeline of home-console systems. You'll get a look at 80 games and a variety of consoles dating back to the Atari VCS (represented by "Pac-Man," "Space Invaders," "Pitfall!," and "Combat"), ColecoVision (a reminder that "Donkey Kong," a Nintendo title, actually got its home start on a non-Nintendo system), and Intellivision. The exhibits run all the way through the DOS/Windows days ("DOOM II," "Diablo II," "Fallout," "StarCraft") and end with last-generation consoles Wii, PlayStation 3, and Xbox 360.

While the games themselves could make strong arguments for the case of video games as art, their presentation in this exhibit doesn't do them justice. Short video clips offer up tidbits about each title -- such as the introduction of new gameplay mechanics, or placing the title in historical context -- but they fail to go in-depth into any singular title or touch on the larger topic at hand.

Oddly enough, for an exhibit called "The Art of Video Games," there is only one small section that contains actual concept art, and the selections within it are odd. Personally, I was glad to see artwork from "The Lord of the Rings: Battle for Middle Earth II" (Windows, Xbox 360) and "Epic Mickey" (Wii) included, but the reliance on these titles actually hinders the overall message of the exhibit: both of those games rely on adapting other worlds to the gaming medium, not creating anything new or unique. 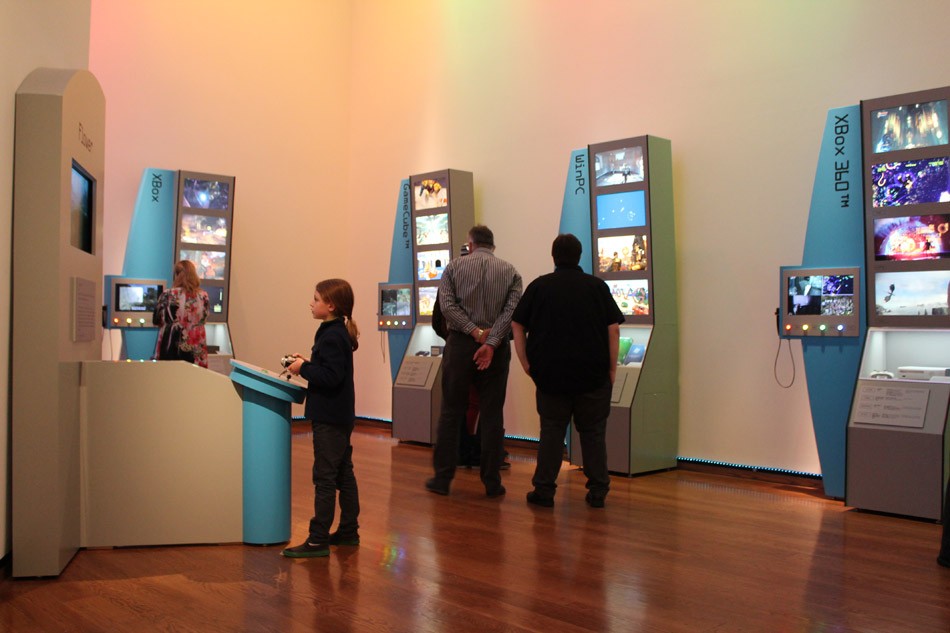 The focus on Western audiences and Western gaming development, especially in the developer-interview section, also seems strange, especially since the gaming world was largely dominated by Japan for so long. I wonder if that was a conscious choice, or if some developers or game studios were simply more open to the idea of providing materials for the exhibit, thus skewing what was included.

Some genre-defining, adult-oriented franchises, including "Grand Theft Auto" and "Call of Duty," are also ignored. I can't say for sure that it was due to their adult themes or other issues (the N64 classic "Goldeneye 007" can't be displayed due to copyright restrictions, apparently), but it is worth noting. Also, the total disregard of all handheld gaming devices is a grievous oversight, especially considering both the rapidly growing mobile-gaming sector, and that successful handheld devices tend to sell to more units than home consoles.

The exhibit's real goal seems to be less about presenting the art found within games, and more about hammering home that, yes, games themselves are an art form. Yet the exhibit largely ignores some of the most interesting aspects of gaming. No multiplayer games are playable (although "Pac-Man," "Super Mario Bros.," "The Secret of Monkey Island," "Myst," and "Flower" are all playable as part of the exhibit). That seems like a perfect way to demonstrate the community and person-to-person interaction that is practically exclusive to gaming.

The whole concept of "the player" is also mostly ignored, save for one portion. The most interesting part of the exhibit is a three-panel display that shows the reactions of people playing various games. The games themselves aren't shown, just the expressions of people playing them. It is interesting to experience gaming in reverse, and it also made me realize that I never actually get to see what I look like while playing games. 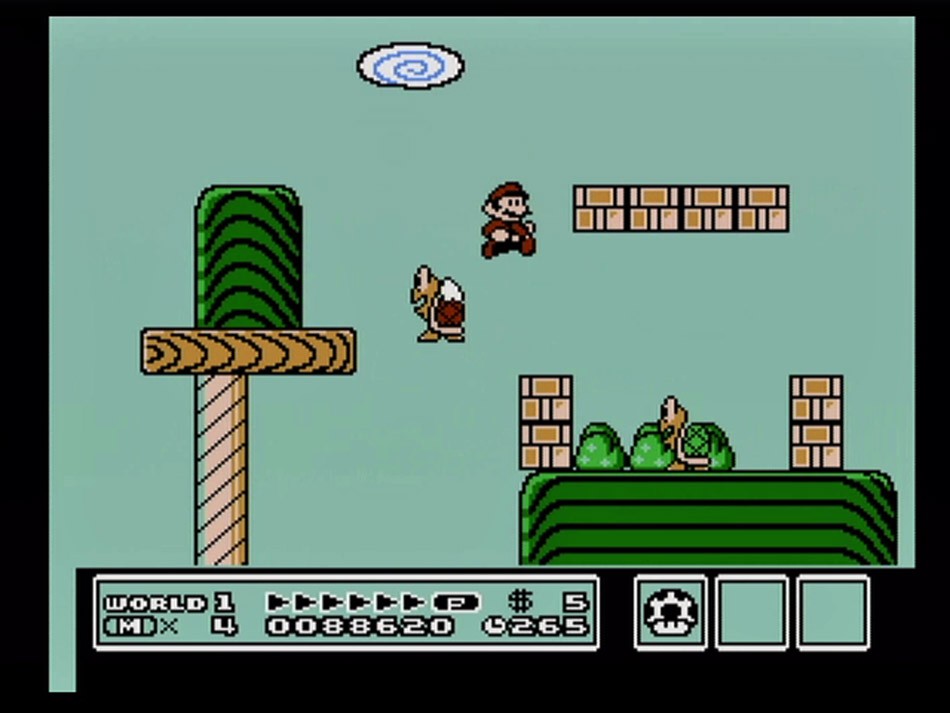 Parts of the exhibit seem aimed at nostalgia-fueled gamers, while others seem an attempt to bring new people into the fold. But I'm not sure if it truly successfully appeals to either audience. Being able to actually play all of the games shown in video form would likely have been a technological and licensing nightmare, but without that interactive element, and the player interaction, the exhibit seems to be nothing more than an argument for how a new medium shouldn't be displayed and treated as art in the same way as more traditional media. A video-based gallery format wasn't the best choice, and there are many pieces of the larger gaming puzzle that simply aren't well represented here. Looking at a video of a game and going, "Oh yeah, graphics have come a long way" does nothing to advance the discussion of games as culturally important art.

What results is a cursory overview of a few top games from each era of the video game. But by not allowing people to play most of them, and lacking anything that touches on why people play games or the experiences players bring to them, the exhibit focuses too much on its overbearing message that games are in fact art, without ultimately convincing viewers as to why that is. It's ultimately a non-interactive way to showcase and convey an interactive medium. If it can't convince a gamer who already thinks of games as art, the exhibit -- much like the game industry as a whole -- has a lot of growing left to do.