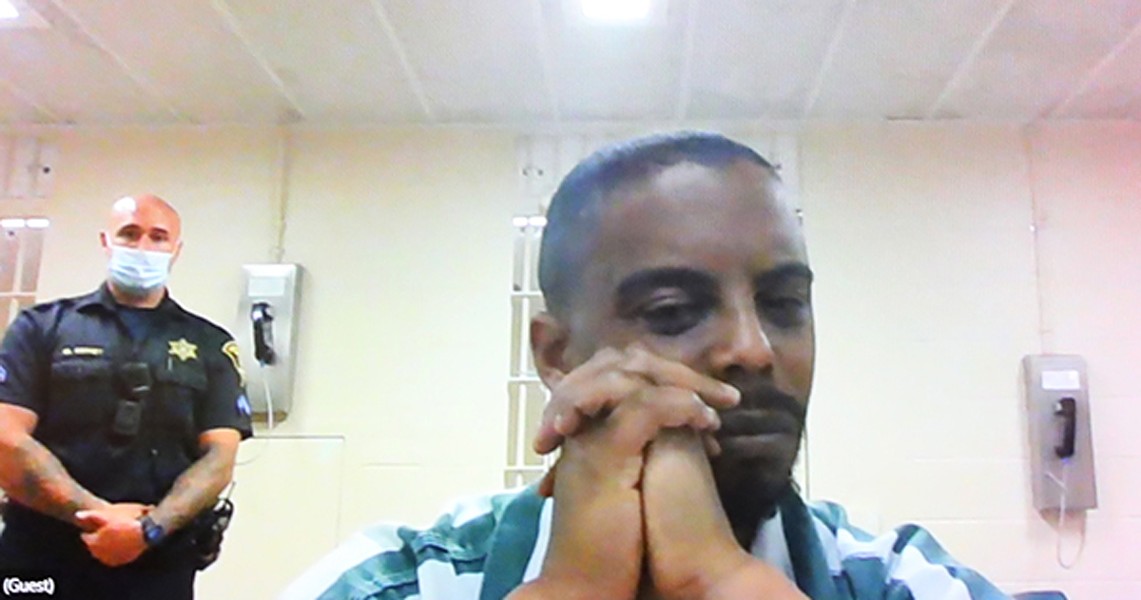 COURT POOL PHOTO / DEMOCRAT AND CHRONICLE Timothy Granison during his arraignment in state Supreme Court on May 20, 2021.
Timothy Granison, the estranged husband of former Mayor Lovely Warren, has pleaded guilty to a drug trafficking charge that carries a minimum penalty of five years in prison, federal prosecutors announced Monday.

Granison, 43, acknowledged before a federal judge that he conspired to distribute 500 grams or more of cocaine, according to a statement issued by the federal Department of Justice.

The penalty for the charge include a minimum of five and a maximum of 40 years in prison and a $5 million fine.
Timothy Granison Pleads Guilty.pdf The Department of Justice issued a news release on Monday, April 25, 2022, stating that for Mayor Lovely Warren's estranged husband, Timothy Granison, had pleaded guilty to a drug charge and faces at least five years in prison. Prosecutors had alleged that Granison was part of what they called a “mid-level” drug ring that peddled powdered and crack cocaine in and around Rochester.

He was arrested in May 2021 in a sweep that included a high-profile raid on the Rochester home he shared with Warren, and was charged with two felony drug counts and a felony charge of criminal possession of a firearm.

The mayor at the time decried his arrest as a politically-and racially-motivated ploy to derail her campaign for a third term in office.

A Democratic primary election in which she faced a challenge from Malik Evans was three weeks away at the time of the arrest. Evans went on to win the primary and the mayoralty in the fall.

While Warren was never implicated in the drug operation, she was eventually charged with felony criminal possession of a firearm and two misdemeanor counts of endangering the welfare of a child and failing to secure firearms in her home.

The mayor claimed that she was estranged from her husband but shared a home with him and their 10-year-old daughter.

In October, Warren satisfied the charges by striking a plea deal that involved her pleading guilty to a violation of state campaign finance regulations in a separate criminal case that  had been brought against her and by agreeing to resign from office early.

Granison is scheduled to be sentenced on Sept. 6 before U.S. District Court Judge Frank Geraci Jr.