April 24, 2018
Rochester police and a cleanup crew showed up at the homeless encampment along South Avenue this morning for what appears to be an attempt by Spectrum, which owns the property, to begin clearing the tent city.

A Spectrum representative called 911 this morning to report trespassing at the property,  says City of Rochester spokesperson James Smith. He didn't have details about the substance of the report. The cleanup crew was not made up of city employees, nor did the city hire it, he says.

Officers were at the camp around 8 a.m. this morning, according to advocates and activists who have been assisting the residents. By 9:45 a.m., amid a growing crowd of activists and media, a small crew of workers in protective suits had set up medical waste boxes and made a move to take down a tent at the end of the encampment nearest the Genesee River. The crews quickly grabbed at the tent but backed off after advocates yelled at them that Sister Grace Miller from the House of Mercy had just spoken with Police Chief Michael Ciminelli about the situation.

As more activists and a couple of clergy members arrived at the tent city, the cleanup crew left and the two police officers who were present edged back and left the area of the encampment. The whole situation left advocates and camp residents confused and on edge, since they previously received assurances from police that the camp wouldn't be cleared without a court order.

Activists are now having an eviction watch at the encampment.

In response to an e-mail from CITY, a police department official said he's getting specifics about the matter and that he'd follow up with information.

The encampment is on the edge of property owned by Spectrum, though at one point it also was on property owned by Bivona Child Advocacy Center. Representatives from both organizations worked with city officials, advocates for the homeless, and State Department of Transportation representatives to help find housing for encampment residents and to help them transition. But they also gave residents an April 16 deadline to leave. the property.

Spectrum spokesperson Lara Pritchard sent the following statement in response to questions about the incident:


Smith says that ideally, city officials would "prefer to see folks placed in other housing options than having to have the Rochester police respond to a trespassing call. And we're hopeful that those types of efforts can continue and continue to be successful."

Most of the people who had previously been living in the encampment have been placed in other housing arrangements, Smith says. 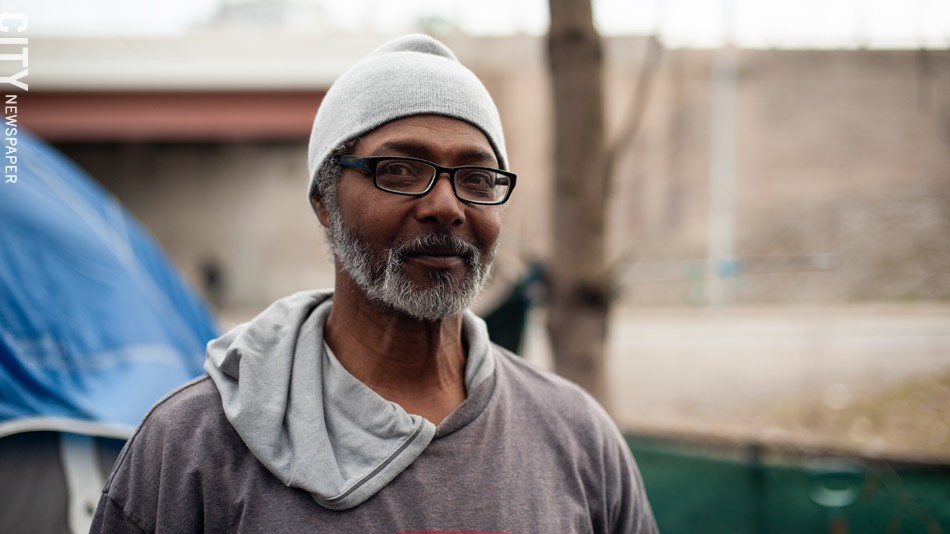 Geneo Brown, who's lived in the encampment for around two years, said that after police arrived, they told him they'd come back in 30 minutes and that he should be ready to go. Person Centered Housing Options has been working with Brown and has helped him secure an apartment. But the organization is still tying up some loose ends, such as getting the electricity turned on, says Nick Coulter, its co-founder.

Brown said if it came to it, he could probably store his belongings at a friends' place nearby for a few days, and that he can probably move into his new apartment as early as the end of the week. But other residents aren't in the same position, he said.

"All is not lost for all of us," Brown said. "But some of us don't have anything."

Mark Muoio, a county legislator and housing attorney at the Legal Aid Society of Rochester, has been working with residents of the tent city and homeless advocates. He's also representing Brown and today filed paperwork seeking a court declaration that Brown has a right to due process through eviction proceedings.

This story has been modified to correct the spelling of Geneo Brown's name.