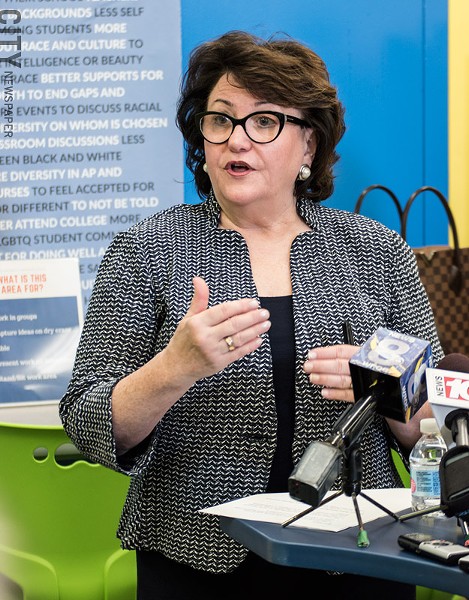 State Education Commissioner MaryEllen Elia's much anticipated response to the Rochester school board about its plan for improving the district was tough and direct: Redo it.

She'll be sending a more detailed response, she said in a letter to board President Van White, but she added: "After my review of the RCSD Plan, I want to share some general concerns with regard to the inadequacy of the District's response."

After she sends her detailed response, the district will have six weeks to work with Distinguished Educator Jaime Aquino to revise and resubmit the plan, Elia said.

In her letter to White, Elia echoes some of the same concerns voiced by ROC the Future. While the district's plan addresses recommendations Aquino outlined in his report last fall, "it does not include an overarching, coherent vision for District improvement or a delineation of the priorities for the District's path forward," she said.

Elia goes on to say that the plan does not fully address the recommendations and some actions don't appear realistic in terms of their timeliness or the district's capacity for implementing them.

On a slightly more optimistic note, Elia is giving the board and administration another chance. The revised plan has to demonstrate that the board has a clear understanding of its role and the district has the autonomy to meet its goals.

She also wants specifics about some issues, such as how special education students and English language learners will get the help they need,  how teacher development will be measured, and how the district will engage with parents and community leaders.