Our endorsements in selected races

Voting is important in any election year, but the November 6 midterms are particularly significant, at the national and the state level.

As candidate and president, Donald Trump has promoted hatred and division, and the Trump-era Republican Party is doing little to rein him in. Together, they are eroding important environmental protections, turning their back on civil rights, passing tax cuts that starve the government of revenue, and destroying the nation's relationships and respect abroad.

Voters need to turn out in record numbers on November 6, to elect people who will resist the president's agenda and his rhetoric. That means electing Democrats to every available state and national office this year.

New York is a predominantly blue state. Democrats hold both US Senate seats and the majority of the seats in the House of Representatives. All of the House seats are on the ballot this year. At the state level, Democrats are in the majority in the Assembly, but Republicans control the Senate, largely because Democrat Simcha Felder votes with them on many things, including chamber leadership.

State officials have important power in resisting actions by the Trump administration and the Republican-controlled House and Senate. And New York officials have been helping lead that effort, from the governor's public pushbacks to the state attorney general's lawsuits against the federal government.

In making our endorsements this year, we've focused on several selected races: governor, US and state Senate, state attorney general, and Rochester's Congressional seat. Our recommendations:

For governor: Andrew Cuomo. We withheld our endorsement during the Democratic primary because of major concerns about Cuomo, including scandals related to his economic development initiatives and his failure to lead on ethics reform.

Cuomo has problems, but he also has accomplishments. He has led on important issues, including marriage equality and gun control, and with the backing of a Democratic Senate, he could expand that record.

Given Cuomo's shortcomings, some voters may consider voting for independent Stephanie Miner, Libertarian Larry Sharpe, or the Greens' Howie Hawkins, both credible candidates in their own way. But while polls have shown Cuomo with a strong lead, voters are unpredictable, polls aren't always reliable, and together, Miner, Sharpe, and Hawkins could siphon off enough vote to give the election to Republican Marc Molinaro, whose conservative approach would be harmful to New Yorkers. This is no time for protest votes – or for sitting on the sidelines.

For state Senate: Jen Lunsford (55th district) and Jeremy Cooney (56th district). Democrats have a chance to win the majority in the Senate, which will be important for advancing progressive issues. Cooney and Lunsford are smart, progressive candidates with a good grasp of the issues they would face in the Senate. Cooney's opponent, incumbent Republican Joe Robach, works hard representing his district and has a good relationship with local officials, Democratic and Republican. But both he and Lunsford's Republican opponent, incumbent Rich Funke, continue to vote with their party, blocking legislation New Yorkers need.

For attorney general: Letitia James. She is highly qualified, has done a good job in New York City as public advocate, and will be a strong, aggressive attorney general.

For the House of Representatives, 25th district: Joe Morelle, an experienced, highly qualified, center-left candidate who will be more effective representing his district than his conservative opponent, Jim Maxwell.

For US Senate: Kirsten Gillibrand, the state's effective junior senator who has focused doggedly on critical issues such as federal-level paid family leave, sexual assault in the military, and the problems facing New York dairy farmers.

Click on each race for a breakdown of our coverage 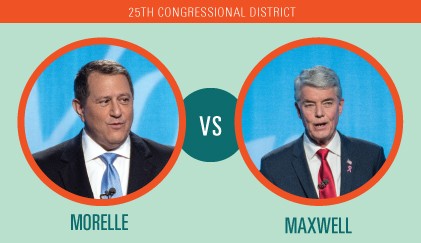 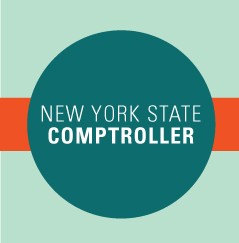