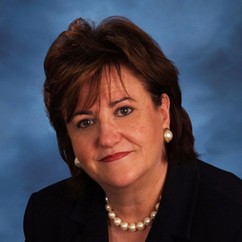 Elia made the comment during a press conference in Rochester. She and Board of Regents Chancellor Betty Rosa were in town to discuss Eastwood's selection as Distinguished Educator for the Rochester school district. They met individually with most of the school board members, and at the press conference, Elia insisted that the meetings were cordial and constructive.

Eastwood is coming to Rochester to review the district's systems and practices over a two- to four-month period and to report on what he finds to Elia and district officials. He'll then help implement improvements on everything from hiring teachers to allocating the district's budget in ways that better meet the needs of students.  Altogether, he could be here as long as a year.

"He is not here to run the district," Elia said.

The State Education Department has designated 54 Rochester schools as "priority" or persistently low performing schools, she said.  And about 20 percent of the district's schools are already in receivership, meaning they have a limited period of time to improve or they could be closed. The data is clear, Elia said: The Rochester school district is the lowest performing in the state, and it's been struggling for too long.

State education law allows for intervention by a Distinguished Educator, Elia said, and Eastwood was selected based on his success at Middletown. That district's graduation rate increased from 51 percent to 89 percent over the 13 years period he was superintendent.

The education department isn't expecting major improvements in the district to happen overnight, Elia said. But the trajectory of district's performance needs to change, she said.