Eat to the beat 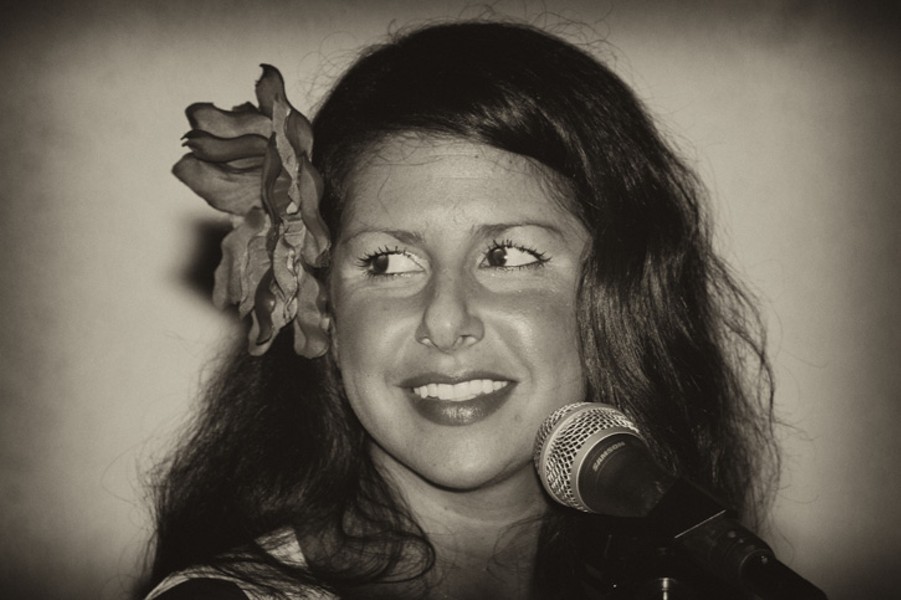 Part of The Public Market Band's allure is its duct-taped assembly, its rag-tag nonchalance, its Rube Goldberg framework. Bands practice this for years, trying to make their performances all gunfighter cool and dangerous. TPMB is one of the few bands that doesn't try, and yet it achieves that hipster cool like a swingin' Frigidaire. Add a little vaudeville menace and insanity to the fire and you've got the rocking show I saw last Wednesday at The Little Theatre Café. This is a band that put itself together before announcing to its members, "Hey suckers, you're in a band now." From the honk of the harp to the beat of the box to its slacker appeal, this is an exceptional, organically grown example of classic American music.

If Dorothy Lamour played rock 'n' roll she'd look like Amanda Ashley. Ashley and her new band (bass and drums) played Johnny's Irish Pub on Saturday night to a gaggle of stage-door johnnies who lined up or pictures and autographs between sets. Not only is Ashley a looker, but she's a cooker on both the keys and the guitar. And her voice is aces: a beautifully rich alto that shines through it all. Unfortunately on Saturday the mix wasn't great, and the band seemed to follow Ashley with a bit of trepidation on a set of mostly covers. Ashley's originals are sexy, well-written vignettes that I would much rather hear than hits by the Jackson Five. Check her out, you'll see what I mean.

When Marshall James still roamed the earth, he and his band helped keep this poor musician alive. They'd play every Sunday at Milestones, where you could get a plate of BBQ for a dollar. Well, James has been gone a while, and I've actually got a few dollars to spend on BBQ now...which is what I did Saturday with The Nightstalkers on stage at Sticky Lips Juke Joint. These boys were on fire, shuffling, swinging, vamping, riffing, and bopping as the dance floor remained at a steady boil. Chet Catallo jumped on board and played his head off, loud and mean and standing up without assistance. He's back on his feet rockin' for everyone who was out of their seat. Me? I was diggin' it all, cutting some rug, and eating to the beat.