Eastman Museum looks back with a Carl Chiarenza retrospective 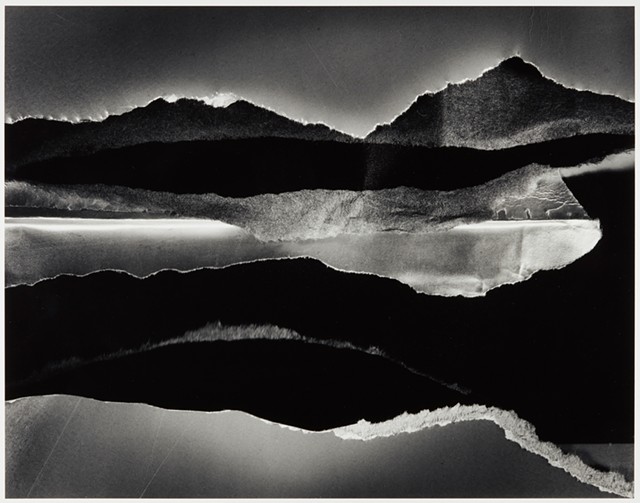 A lot has changed for photographer Carl Chiarenza since the 1950s, when as a teenager he was a valet parker at a new museum then called the George Eastman House. In those days, he spent time photographing places in and around Rochester, honing his talent and sharpening his eye for things that most people miss.

All these years later, his life’s work in pictures is on display at the same institution where he once parked cars.

The retrospective exhibition, “Carl Chiarenza: Journey into the Unknown” (on view through June 20), explores almost 70 years of his work as an art photographer, professor, art critic, and award-winning biographer.

“I'm content with what I have,” Chiarenza says. “I've certainly had a very good life and no regrets. I have a wonderful family, wonderful friends. And I've done everything I can do. I certainly don't need to do more for anybody else, just do it for me now.”

Chiarenza was born in Rochester in 1935 to Italian immigrant parents and grew up on Central Avenue. He studied with photography greats Minor White and Ralph Hattersley at Rochester Institute of Technology, got his doctorate at Harvard, and was an active photographer in Boston for almost 30 years. He was a professor at Boston University until 1986, when he returned to his hometown to teach at the University of Rochester. He would become chair of the Art and Art History departments there, and later professor emeritus and artist-in-residence. Chiarenza’s work has been widely shown, published, and collected, including by the Museum of Modern Art.

The Eastman exhibit features work from every step of his career, from his early photographs as a high school student to his most recent and ongoing forays into making collages from parts of his older photos.

Chiarenza is best known for the black and white, ethereal images he created by carefully piecing scraps of paper, foil, and other discarded bits of material into collages, lighting those amalgams just so, and then photographing them.

The resulting gelatin silver prints may be small-scale images or gigantic triptychs that span an entire wall. But regardless of the print size, each little world he creates is mesmerizing and immersive in its use of textures and layered depth, and beckons the viewer to spend some time pursuing its secrets.

“I’m just so, so impressed by how inventive and indefatigable he is,” says William Green, the guest curator of Chiarenza’s show at the George Eastman Museum. He adds that the “magical and mysterious” nature of Chiarenza’s work made penning the accompanying curatorial text a challenge, because “you don’t want to drain it of this kind of mystery that makes it so wonderful.” Bearing this in mind, the show includes what Green calls “slow looking prompts” for viewers.

Chiarenza’s subject matter is indeed slippery. With the exception of some overt landscapes and abstract figures — including his 2003 “Peace Warrior” series, photographed collages of defiant guardian figures he made as an artistic response to the American invasion of Iraq and in honor of his literary hero, Don Quixote — his work evokes certain hard-to-articulate qualities of human experience. It depicts would-be transient moods, visualizations of the effects specific music has on the soul, and reverence for the thriving life cultivated within his wife Heidi Katz’s gardens.

But as is the nature of abstract art, while the work is imbued with the artist’s inspirations, each viewer’s personal associations create an inner private dialogue. At times that can feel like magic, as if the artist is speaking directly to you.

In his work and writing, Chiarenza has pushed back against the idea that photography is merely a documentary device. Photographers don’t take but make photos, he says, and transform their subjects whether they intend to or not.

An impulse of the human brain is that it makes us seekers — we reflexively look for patterns and try to make sense of seeming chaos.

Chiarenza has played this game of hide and seek with materials since long before he was making and photographing collages in his studio. He stopped photographing outdoors in 1979, but even before this change in process, his work insisted upon bringing forth secret and striking nuances in otherwise unexamined bits of the world — whether in landscapes like the dark, gravelly hill and slate sky dominated by a colossal white water tower in the 1976 image, “Providence 1,” or petals of peeling paint on a wall, or an apparition of a sea vessel spied in the muck on a dirty window (see the 1962 photograph, “Gloucester Window, Sailing Ship”).

While living in Boston in 1960, he photographed a chunk of stone with concentric, undulating lines, which became the image, “Marble Madonna, Ipswich, MA.” In the darkroom, he cropped in on a form he spied in the stone, selectively lightening and darkening areas of the image to emphasize a seemingly haloed figure with another form glowing within it, visually alluding to a mother and child.

In looking back at his decades of work and progression as an artist, Chiarenza is all humility and gratitude.

“I feel that I’ve been very lucky to be able to do what I have done for so long,” he says. “And I’m grateful to all of those people who made it possible for me to do this over the last half century.”

Chiarenza is still making collages, but he no longer photographs them. Now, they are the finished work.

This shift emerged when his favored photographic materials, in particular Polaroid films, became hard to find and his own supplies were diminishing. He wasn’t interested in switching to digital photography, he says. But he has enjoyed the new challenge.

“It's giving me a whole new life,” Chiarenza says. “The only thing I really miss is that I can't control the lighting. When I was making collages to be photographed, a good portion of what I did, an important piece, was light. And making these collages, I have no control over the light when I'm making or when people are seeing it.”

Some of the new work involves color. In his 2018 work, “Sailing,” scraps of bright red and shimmering silver papers sharply accent slices of his texture-heavy black and white photographs. The highly irregular mats, with inner edges that follow the forms of the assemblages, were custom-cut by Katz.

Chiarenza says maintaining his artistic practice has been a boon through the pandemic, and through the past few years, during which he has undergone treatments for cancer.

“I have not stopped working,” he says. “It keeps me relatively relaxed and relatively able to take care of myself and my family. It’s really keeping me busy, active, interested in still making art, looking at art, thinking about art, writing about art. I don't think I could stop doing any of that. I’ll make art until I can’t.”