PHOTO BY MAX SCHULTE Voters waited in long lines at Perinton Square Mall over the weekend to cast their ballots early. Sunday, Oct. 25, 2020.
More than 19,000 ballots were cast in Monroe County in early voting over the weekend, according to the county’s Board of Elections, smashing the previous record for ballots cast prior to an election.

The nine days of early voting began on Saturday and continue through Nov. 1. Elections officials said that 9,506 voters cast ballots on Saturday and another 9,501 on Sunday.

Long lines snaked around buildings and stretched for blocks around polling sites, with many voters expressing enthusiasm for the option and concerns that their ballots might not be counted if they tried to vote by mail.
The State Legislature approved early voting in 2019, after Democrats took control, making New York one of the last states to adopt it. The 2019 general election provided Monroe County with the first opportunity to cast a ballot early, but the upcoming election marks the first presidential contest in which New Yorkers could vote early.

"I have been waiting four years to do this," said Joanne Wexler, who voted at Perinton Square Mall, one of the busiest sites over the weekend. Voters waited in some cases more than an hour to cast their ballot.

Other busy spots included SUNY Empire State College and Irondequoit Public Library, but there were lines at many of the early voting sites.

“I heard that there was a tremendous number of people voting, which is very exciting,” Gov. Andrew Cuomo said Sunday.

Officials said that 4,964 absentee ballots were dropped off by voters in the ballot drop boxes over the weekend, which were located at all of the dozen early voting sites. They said that the numbers are reflective of the continued high voter turnout across the county for early voting, which ended up with 3% of the total number of eligible voters participating in early voting in just the first two days.

In terms of absentee ballots, 54,907 of the nearly 134,000 ballots sent out have been returned so far, which represents a return rate of 41 percent.

The last day to postmark an absentee ballot application for the Nov. 3 general election is Tuesday, Oct. 27. 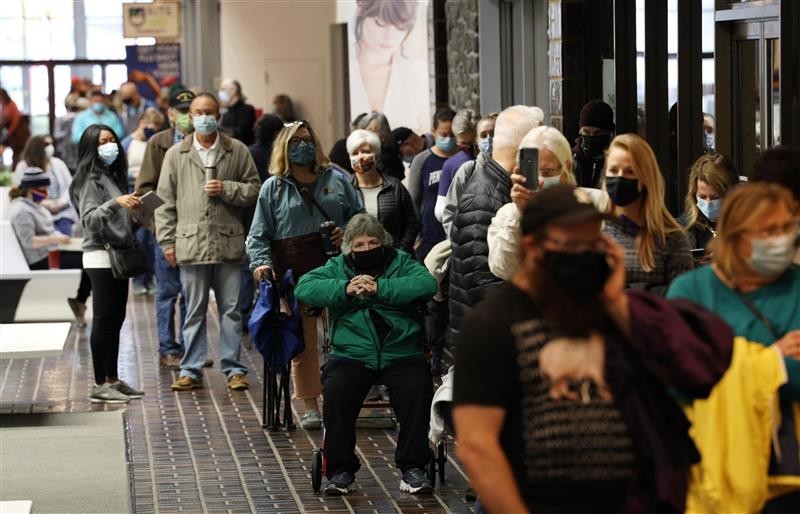 Early voting dates and times in Monroe County for the Nov. 3 general election:

Early voting locations that will be open each date and time listed above:

David Andreatta is CITY's editor. He can be reached at dandreatta@rochester-citynews.com. Randy Gorbman is the news director at WXXI News, a media partner of CITY.