Venues like movie theaters and comedy clubs can now fill a third of their capacity, according to Gov. Andrew Cuomo. Larger venues like the Dryden Theatre, which has a capacity of 500, can seat up to 100 people inside and 200 outside.

The Dryden’s Jared Case said they’re opening right away. The theater held sold-out screenings of "Citizen Kane" and "Rear Window" this past weekend,  the first movies shown in 15 months at the theater, located at the George Eastman Museum. The theater closed for construction at the end of 2019, and the COVID-19 pandemic kept its doors shut until Friday.

“Our audience is just incredible, and the response has been great, with people just wanting to get back to the theater and see movies on the big screen,” Case said.

He said the films are the first leg of a tribute to the late Pulitzer Prize winner Jack Garner. Garner, a famed film critic and longtime Rochester resident, died last summer.

Case said they’ll have to cut some corners, though, to keep costs low until they can welcome even more people back. He said that means they will not pay for films to be shipped to them until at least summer, but the average movie-goer will likely not notice.

“Luckily, we have this enormous library of films. We advertise 28,000 films in our collection,” Case said.

The Dryden will have new health and safety measures, including improved air filtration, in accordance with New York state standards, along with other changes.

Other venues, like Geva Theatre Center, are choosing to wait a little longer. Geva's Melissa Boyak said they’re optimistic that the capacity limits will grow in the coming months but added they’re not expecting an in-person performance for months — and likely not one at the Geva itself until fall.

She said planning a play is intensive. It takes money and requires hiring dozens of people. She said to make their budgets work, they need a higher capacity. 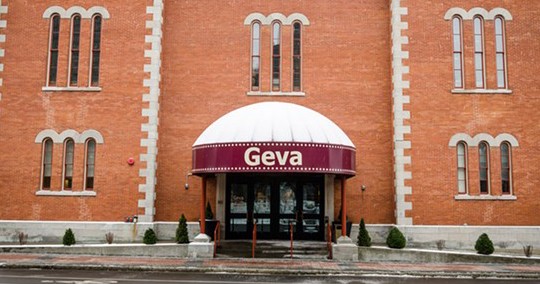 “We cannot function effectively and profitably with 33 percent capacity,” Boyak said. “It’s not like we can turn on a light switch and have a show. Even if an announcement came out today that said we could do 80 percent capacity, we still could not do a show right now, because there’s a lot of work required to make that happen.”

Boyak also said they need more details on what they can and cannot do.

She said they’re planning the theater’s first Zoom show next month. It's called "The Real James Bond … Was Dominican."

Boyak said Geva is planning to bring an outdoor production of "Ring of Fire: The Music of Johnny Cash" to town this summer. They don’t know where the show will be yet, but they’re hoping for a city location.