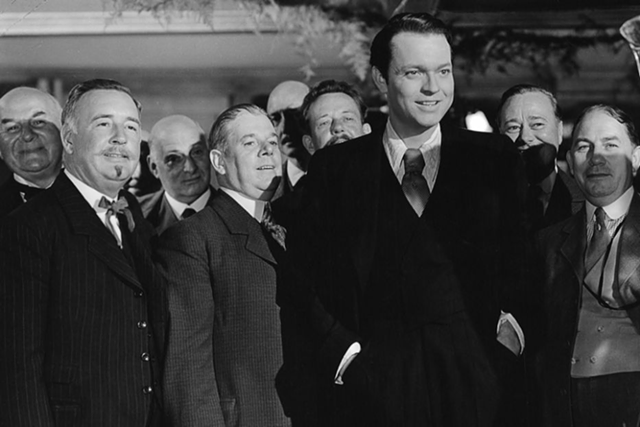 A second downtown Rochester film theater has announced a pandemic-cautious reopening for April.

The Dryden Theatre opens its doors on April 2. It joins The Little Theatre, which earlier this week announced it will reopen on April 16. During the pandemic, both theaters have been presenting films online.

The Dryden, which shut down in January 2020 — at first because of construction, and then COVID-19 — will reopen to the public with two classics: Orson Welles’ “Citizen Kane” on April 2, and Alfred Hitchcock’s “Rear Window” on April 3. Both films are part of the Dryden’s “We Knew Jack: Remembering Jack Garner” series, honoring the late Democrat and Chronicle film critic.

That series will include other films with a connection to Garner: “My Darling Clementine,” “The Heiress,” “Master and Commander: The Far Side of the World,” and “Jackie Brown,” which starred Rochester native Robert Forster.

The Dryden’s schedule will run Wednesday through Saturday and will include a series of Joseph Mankiewicz films (“The Philadelphia Story,” “The Ghost and Mrs. Muir” and “Fury”); independent comedies (“The Trip” and “Frances Ha”); and a curator’s choice, the 1952 French classic “Le Plaisir.”

“The Lost World,” a 1925 silent film based on the Arthur Conan Doyle novel of dinosaurs run amok, and restored by the Eastman Museum and its former curator Ed Stratmann, will be presented April 21 with piano accompaniment by Philip C. Carli.

Advance tickets (available at eastman.org) are required for admission, with the doors opening at 6:45 p.m. and the films beginning at 7:30 p.m.

The Little will also resume with a limited schedule each week, Friday through Sunday. Theaters 2 through 5 will be open while the larger Theater 1 will be used only for private screenings. It has not yet announced a schedule of films.

Both theaters have upgraded their air filtration systems and will be complying with state COVID-19 guidelines, including physical distancing and mask-wearing. Seating for Dryden shows will be limited to 100 people, while capacity for each of The Little Theatre screens will be 50 people.