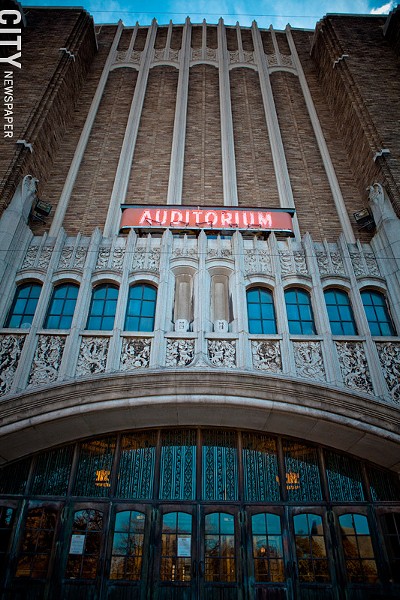 This is a corrected version of this story

A long-awaited study on the feasibility of putting a performing arts center downtown was released this morning. The study presents two options.

The first is a new 2,850 seat venue for Rochester Broadway Theatre League at parcel 5, East Main Street, at Midtown. The cost of this option is approximately $75 million.

The second option combines a 300-seat proscenium theater, a 125-seat black-box theater and education spaces, with a 2,850-seat Broadway theater. The project would be located at Court Street and Exchange Boulevard, and the cost of the project would be about $168 million.

The study parrots much of what RBTL says in terms of the drawbacks of its current venue, including the lack of air conditioning and that the size and condition of the current venue likely limit the shows that RBTL can get.

But the study also says that the RBTL's current facility could potentially be competition with its new venue, if they offer similar programming. It's unlikely that the market could support both, the study says.

The City of Rochester is currently soliciting proposals for parcel 5 at Midtown. It has been reported that the Seneca Nation of Indians is possibility interested in owning and operating a casino/performing arts center on the site. But the proposal is controversial.