We take a trip down St. Paul Street

As city residents, we tend to constantly be on the hunt for the hot new shops, restaurants, and entertainment. It's great to be on the cutting edge when it comes to what's new and hip in Rochester, but in our pursuit of the next new thing, we sometimes overlook what's right under our noses. Every day we pass buildings and never take the time to find out what treasures might be inside. With that in mind, City decided to highlight a specific street, St. Paul Street, and give a brief overview of what interesting locations it contains.

One of the city's major routes, St. Paul runs alongside the Genesee River, right through downtown Rochester. At the heart of the street is the neighborhood known as the St. Paul Quarter, which feels like it's in the midst of a major transition: Residential properties are constantly being opened, in addition to spaces for retail and dining. A portion of St. Paul Street was recently transitioned into being a two-way street, making it easier to access these locations, no matter where you're coming from.

The highlights in this story are generally arranged to read as though you're making your way north along St. Paul Street, toward Irondequoit. Warm weather is finally on the horizon, and after this brutal winter we're all going to be a bit antsy to get out of the house. It's never too early to start planning your spring activities.

Besides driving, you can get wherever you need to go using the new RTS Transit Center (Mortimer Street, myrts.com), the central location for Rochester's public transit system. This shiny new facility opened last November.

Housed in the Chamber of Commerce Building, the Brockport MetroCenter (55 St. Paul Street, 395-8000, brockport.edu/metrocenter) is an extension of the Brockport campus, offering more than 100 courses and providing library and career services to undergrads, graduate students, and alumni in downtown Rochester.

Listed on the National Register of Historic Places, the H. H. Warner Building is home to the luxury apartments known as the Warner Lofts (warnerlofts.com). On the first floor of the Warner building, you'll also find Abbott's Downtown (72 St. Paul Street, 546-3116, abbottscustard.com). This location is notable for being the only one of the popular local frozen custard chain that serves a full food menu through its connected restaurant, The Kitchen Keg.

World Wide News (100 St. Paul Street, 546-7140, worldwidenewsonline.com) is a deli, convenience store, and friendly neighborhood newsstand, with an impressive selection of magazines and periodicals. Standing in the parking lot, you can see ROA's infamous sleeping bear mural (and get over yourselves people, it's only as dirty as your mind makes it).

The Cook Iron Store (128 St. Paul Street, 454-5840, heavydutystore.com) is an independent hardware store specializing in tools and contractor supplies. Founded in 1907, the shop has been at its current location since 1936.

Tapas 177 (177 St. Paul Street, 262-2090, tapas177.com) restaurant is a downtown staple, serving an international menu of tapas-style dishes and regularly has live and DJ entertainment. I personally recommend the banana xango dessert and some of the best mojitos in town.

Right around this point, you're in excellent position to see a gorgeous, building-high mural by German art duo HERAKUT. Part of their national "Giant Storybook Project," the painting covers the west wall of the apartment building at 214 Andrews Street. Sharing that space, there's also a collaborative mural by Ever and Gaia which was painted as part of the ongoing WALL\THERAPY project.

The Smith Gormly Building (180 St. Paul Street) houses loft and retail locations, including florists Flower Power Decor and the wedding photographers at Studio 180. Across the street, you can get yourself realigned at the Downtown Chiropractic Center (185 St. Paul Street, 454-1720, downtown-chiropractic.com).

Owned by Belmont Properties, the Searle Building (181 St. Paul Street) is a historic industrial building, with lofts with commercial space on the ground floor. 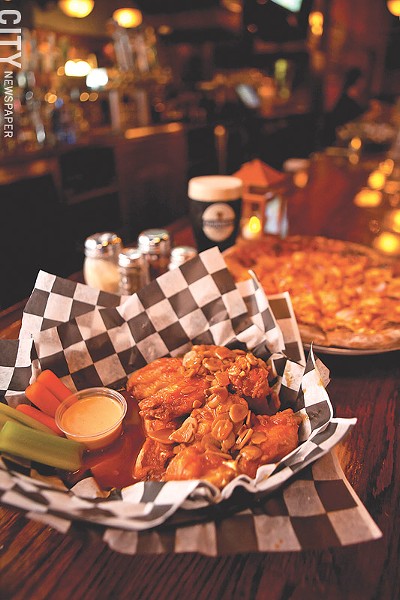 Continuing north through the Upper Falls district, you'll pass the headquarters of the Genesee Brewery (geneseebeer.com). You can stop off for a Cream Ale or a meal at the Brew House (25 Cataract Street, 263-9200) where you can find a gift shop, pub-style restaurant, and historical exhibits about the brewery. The Brew House is technically located on the brewery-owned Cataract Street, just off St. Paul, but for our purposes, it's still on your route.

Next up, you'll pass Lomb Memorial Park, a small park in the High Falls neighborhood. The park is named for Henry C. Lomb, who's memorialized with a 48-foot obelisk that was erected back in 1932.

For all your geeky needs, Comic Book Heaven (938 St. Paul Street, 654-7542) offers toys, collectibles, and of course, comic books. It's a great little shop where you can pick up graphic novels or the latest issues of the popular superheroes.

Named for the "Father of Fish Culture," (and contrary to what you might think, not the creator of "Robot Chicken"), Seth Green Park provides river access for fishing and kayaking, as well as trails for hiking along the Genesee Riverway.

Founded in 1876, the Rochester School for the Deaf (1545 St. Paul Street, 544-1240, rsdeaf.org), led to Rochester's national distinction as being a major hub for the deaf and hard of hearing communities. 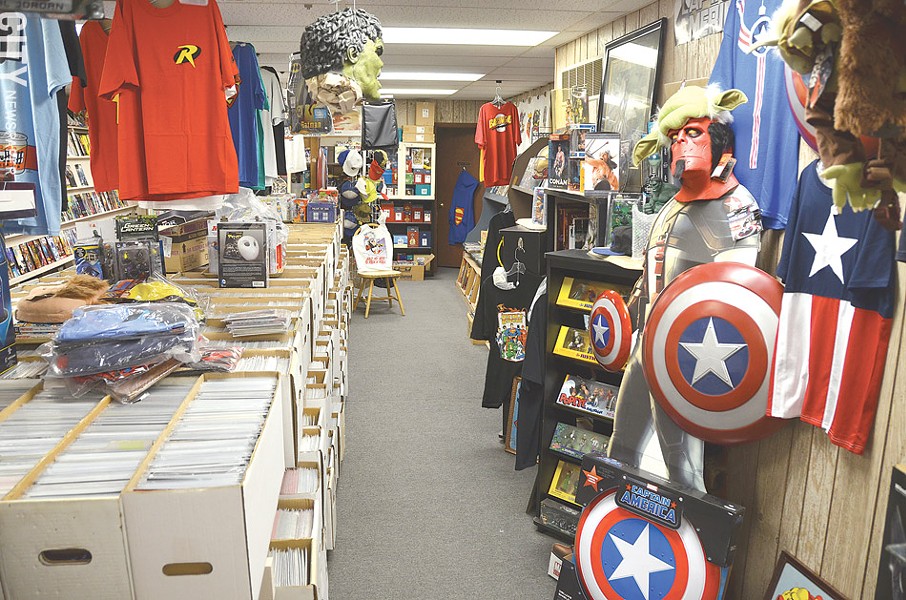 Finally, you've reached the end of our journey, with the Seneca Park Zoo (2222 St. Paul Street, 336-7200, senecaparkzoo.org). Who doesn't love the zoo? And if you're anything like me, it's been far too long since you last visited. Get in touch with your inner kid, learn about the wildlife, or if you'd rather do that with an adult beverage in your hand, visit during the next Zoo Brew happy-hour event.