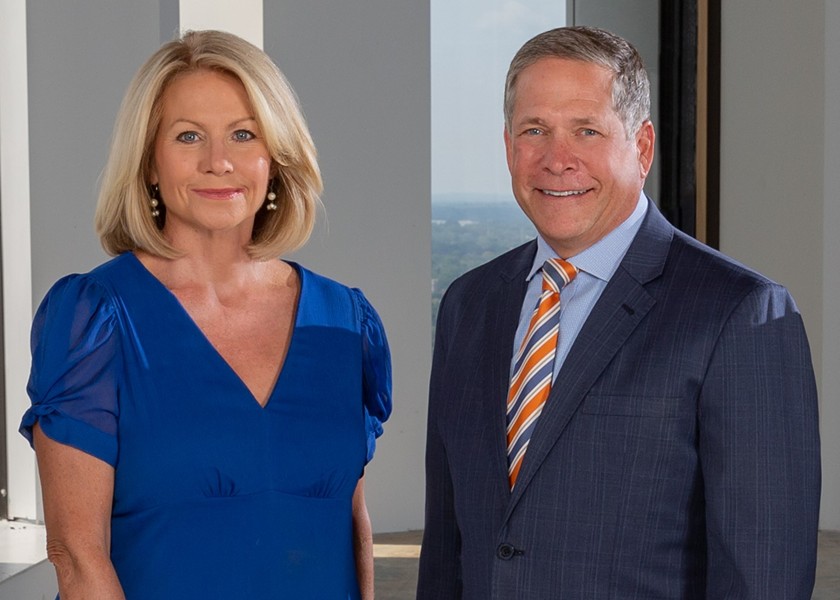 PHOTO PROVIDED Ginny Ryan and Doug Emblidge are leaving 13 WHAM after 30 years on air.
Doug Emblidge and Ginny Ryan, who have co-anchored the 5 p.m. news broadcast at 13WHAM News for 32 years, announced their retirement from the station on Friday.

The team of Emblidge and Ryan became a fixture in greater Rochester, a familiar pair of faces in living rooms across the region serving up the news of the day. Their names also became synonymous with Rochester media.

The departure of Emblidge and Ryan was first announced by 13WHAM early Friday.

Reached by phone, Ryan said it was surreal to look back on her career. She pointed to her son, an infant when she became an anchor, now being in his 30s.

“I really made the decision about a year ago, honestly,” Ryan said of her departure. “It had occurred to me before, but this time, it was really hitting the pause button. I think a lot of people, coming out of the pandemic, started to think about life, the big picture, and what’s next.”

In this case, Ryan’s “next” is becoming the director of community affairs at Canandaigua National Bank. Ryan described the job as checking every bullet point of what she wanted in her next career.

“I’m excited, I’m just excited about this opportunity,” Ryan said. “But I have no idea, in my head or heart, how hard it’s going to be to say goodbye at the same time.”

Emblidge, meanwhile, will be taking a job with Alesco Advisors, a financial investment advisory firm based in Pittsford, according to a statement that he provided to the station. A message left for Emblidge was not immediately returned.

“By happy coincidence, Canandaigua National Bank and Alesco often work together to serve clients and customers, so we will still have opportunities to be on the same team,” the statement read.

Ryan’s last day behind the desk is set for Oct. 7. Emblidge will stay a bit longer, closing out his news career on Nov. 29.

Chuck Samuels, vice president and general manager of 13WHAM, has worked with Emblidge and Ryan for 26 years. He raved about the skill and character of the duo, and pondered having to replace them.

“It's difficult to replace two folks like them. Fortunately we still have Don Alhart and many other fine veterans in our news department,” Samuels said. “Life goes on. I hate to say it that way because it doesn't diminish how much we're going to miss the two of them, but you just have to face it."

Alhart, a longtime anchor who began working at the station in 1966 formerly oversaw the 11 p.m. news broadcast with Ryan, and now anchors the station's news at 6.

Correction: A previous version of this story stated Don Alhart currently co-hosts the 11 p.m. news with Ryan. He no longer anchors the 11 o'clock hour.