Distinguished educator will not be coming to RCSD

April 20, 2018
Ken Eastwood won't be a consultant studying the Rochester City School District after all, according to a statement today from the New York State Education Department. Commissioner MaryEllen Elia rescinded his appointment to the job, "after he could not come to an agreement with the school board on the terms of his contract," Elia's statement says. 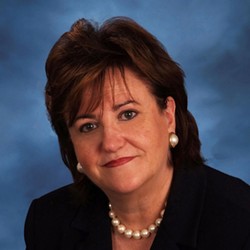 In late March, Elia announced that Eastwood would be a "distinguished educator," a decision she made because of concern about the district's ongoing problems with improving student  performance. He was to assess the district's operations and make recommendations for improvement. But the Rochester school district was to pay his salary, and the school board was to be responsible for negotiating his contract and salary.

"We didn't end the negotiations," Board President Van White said in a phone interview today. "We fully expected him to start work on April 26. We had an office cleared for him near the superintendent's office."

White said he asked Elia if there was something the board did in the negotiating process to cause the change in decision. "She said, 'Absolutely not,'" White said.